ARMOUR & LACE: A Bestiary presents new works by Walter Oltmann comprising wire sculptures, wall hangings, drawings, prints and paintings. In these works Oltmann explores dynamics between humans, animals and plants, highlighting features of armour, protection and disguise. By introducing defensive characteristics such as bristles, quills and thorns as well as engaging with interspecies protective strategies of mimicry, deception and aposematism, he teases the borders between human and nonhuman, presence and absence, fantastic and real.

Hierarchical exchanges between species raise questions around domination, vulnerability and control and allow for an imagining of alternative ways of being. Drawing on the genre of the bestiary (a compendium of allegorical fables about animals both real and imagined used for moral instruction), Oltmann creates a magical world inhabited by a variety of armoured suits next to armoured animals such as the Sungazer lizard (Smaug Giganteus) and the African pangolin (Smutsia Temminckii).

Such works bring attention to the plight of critically endangered species and the impact of climate change. As a collection of descriptions and interpretations of animals, the bestiary affords a cross-species framework where observation and imagination combine to open up fresh perspectives of and with, other living beings. It presents a fantastic imaginary world where borders between the human and non-human become permeable.

Bestiaries were made popular in the Middle Ages in illuminated manuscripts illustrated by monks. The word ‘illuminated’ comes from the Latin illuminare meaning ‘to light up.’ To achieve such illumination, monks frequently used thin sheets of gold and silver leaf to decorate their images.

Oltmann’s use of gold and silver by way of anodizing aluminium wire in his sculptures as well as introducing gold and copper leaf and fluorescent colours in his drawings, similarly serve to ‘light up’ his chosen subjects, lending them an other-worldly, auratic glow. His subjects are at times playful and humorous but also include images of dead or near-dead creatures. The latter serve as memorials to animals that are not only dying, but literally ‘dying off’, i.e. on the edge of extinction. Images of fossils and skeletal remains similarly function as symbols of posteriority. As portraits of loss, they are meditations on the consequences and impact of environmental distress.

Humans are a super predator species and have shown a capacity to consume and deplete animal and plant species at a much higher rate than any other non-human species. Loss of animal and plant populations are an indicator of the effects of human activities such as pollution and habitat destruction. On account of our belief that we are bigger and more powerful than other non human life forms, we forget how interconnected and reliant we are on them and how close to environmental catastrophe we really are.

There is an urgent need to balance our control of the environment with a respectful responsibility towards fellow life forms. Decline in certain insect species, for example, allows other insect species to adapt and thrive, bringing about plagues of pests. Oltmann’s fine wire lace weavings may be seen to convey a sense of fragility, agitation and unease in the face of such threats, carrying images of insects, plants and seeds in states of unrest, eruption and dispersal. 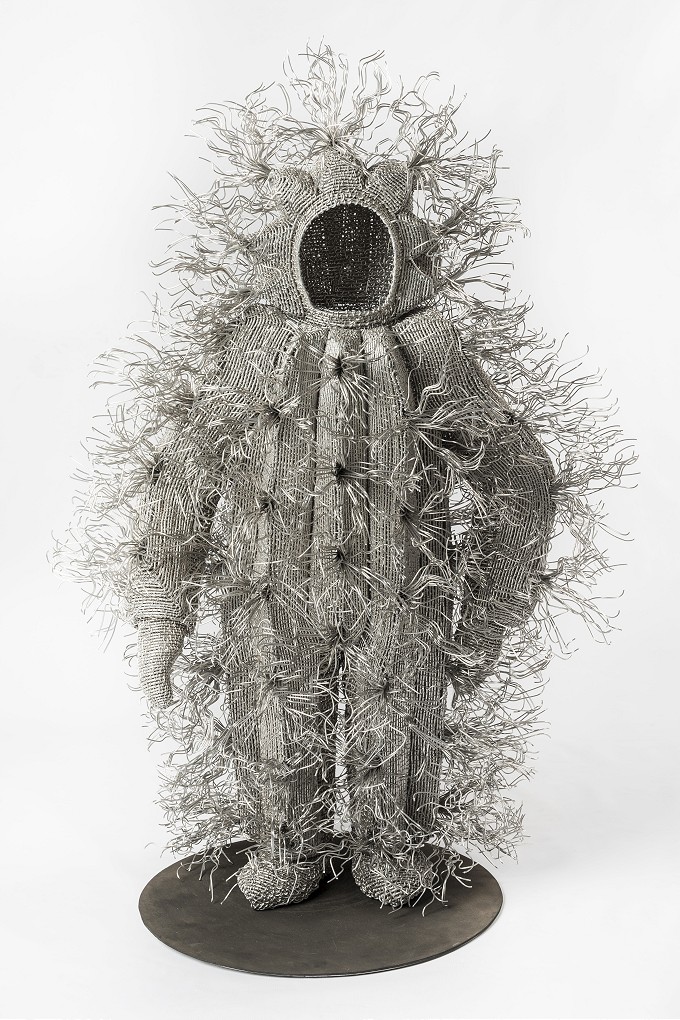 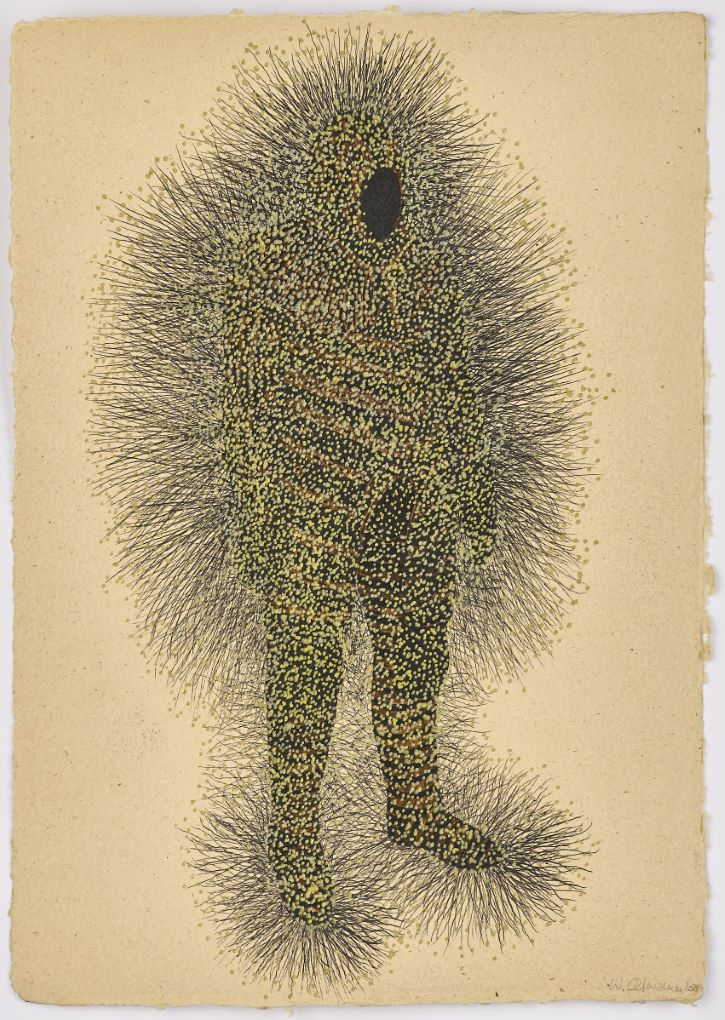 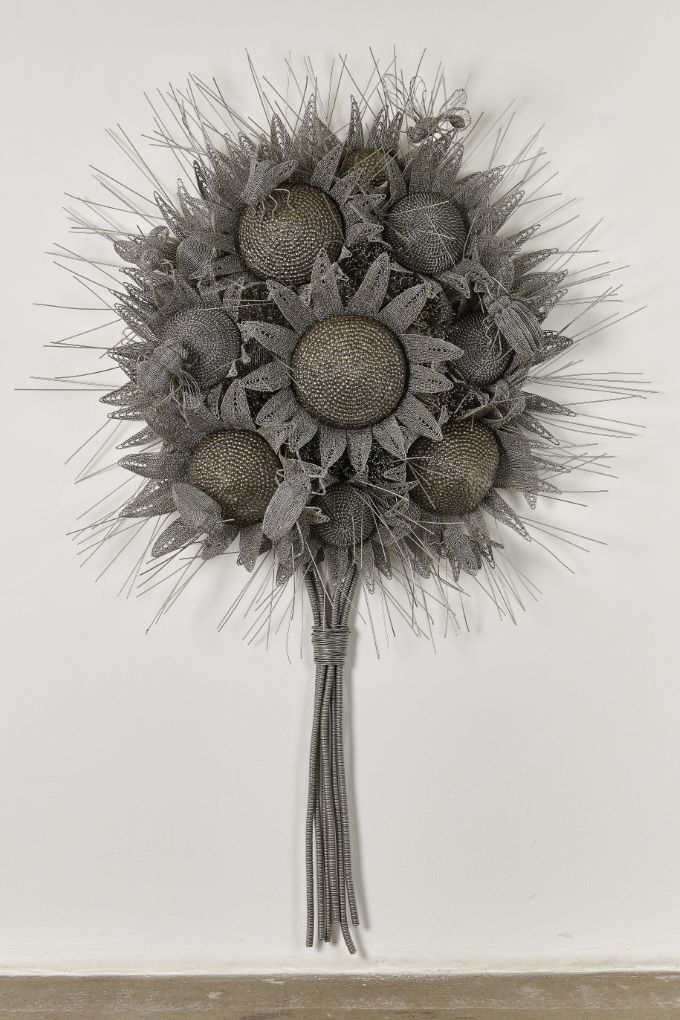 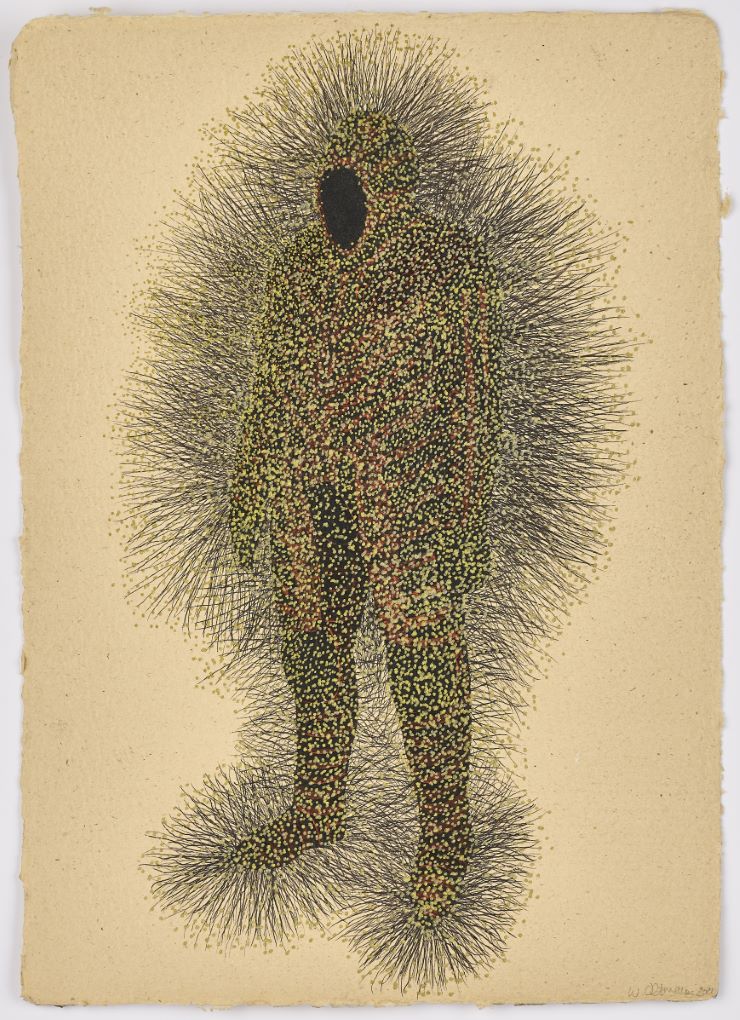 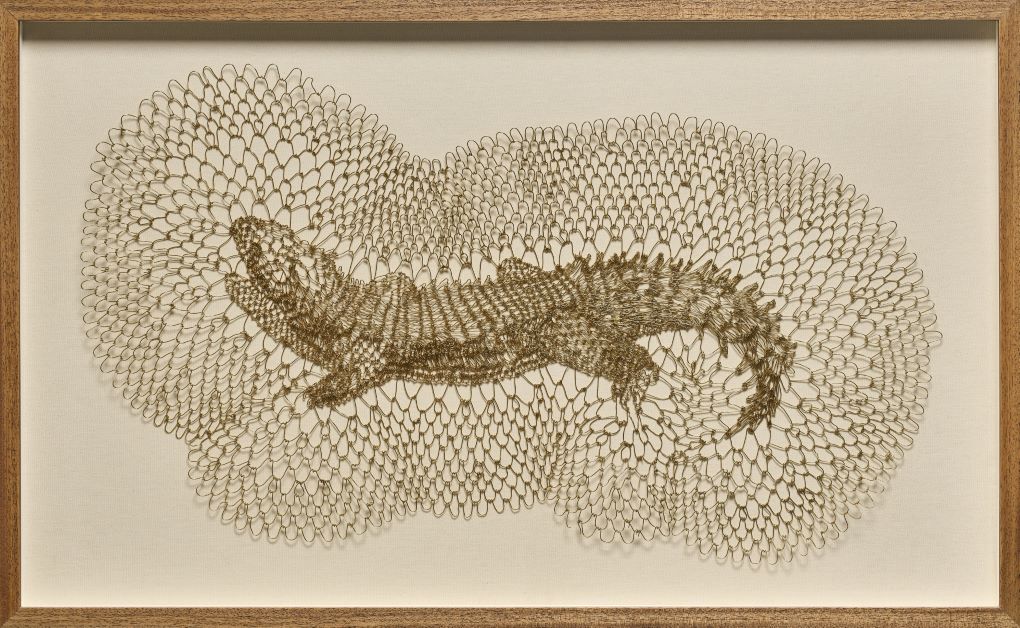 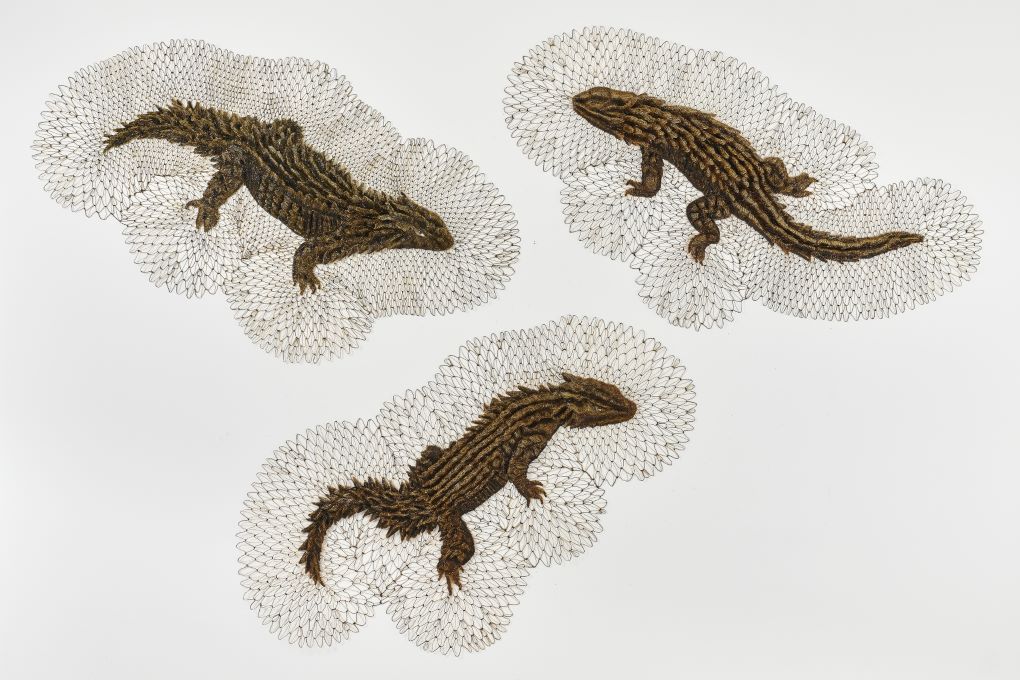 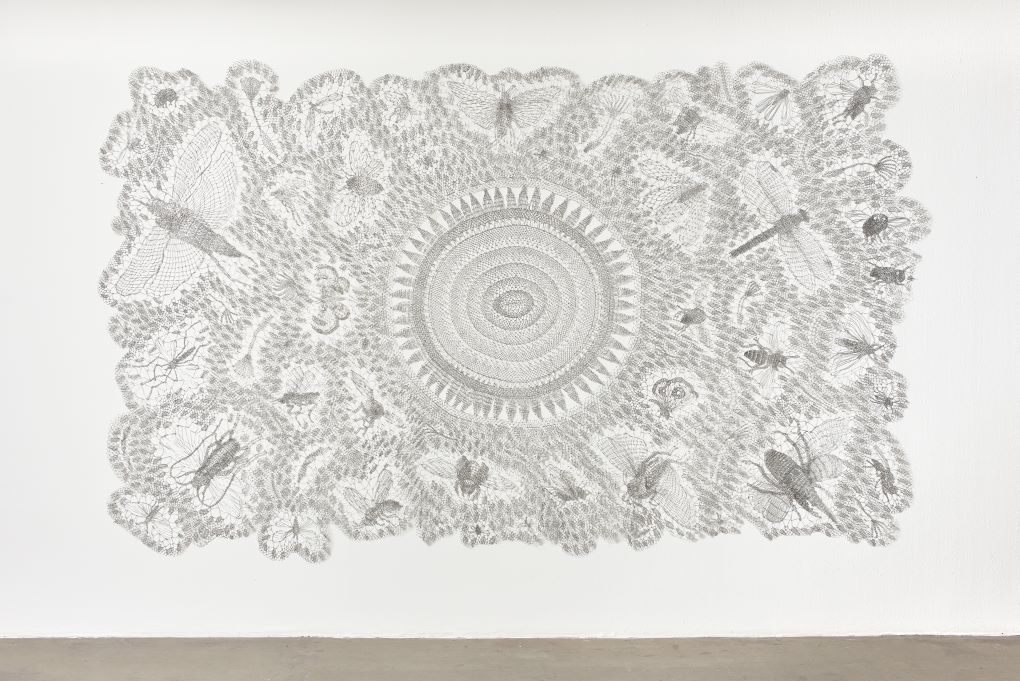 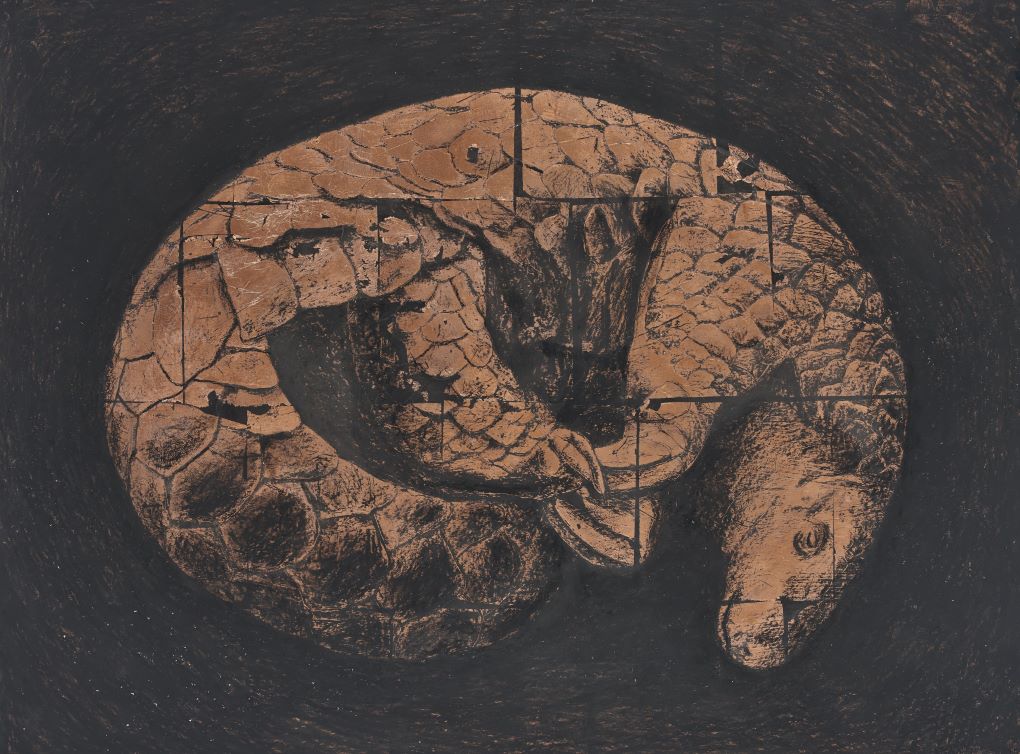 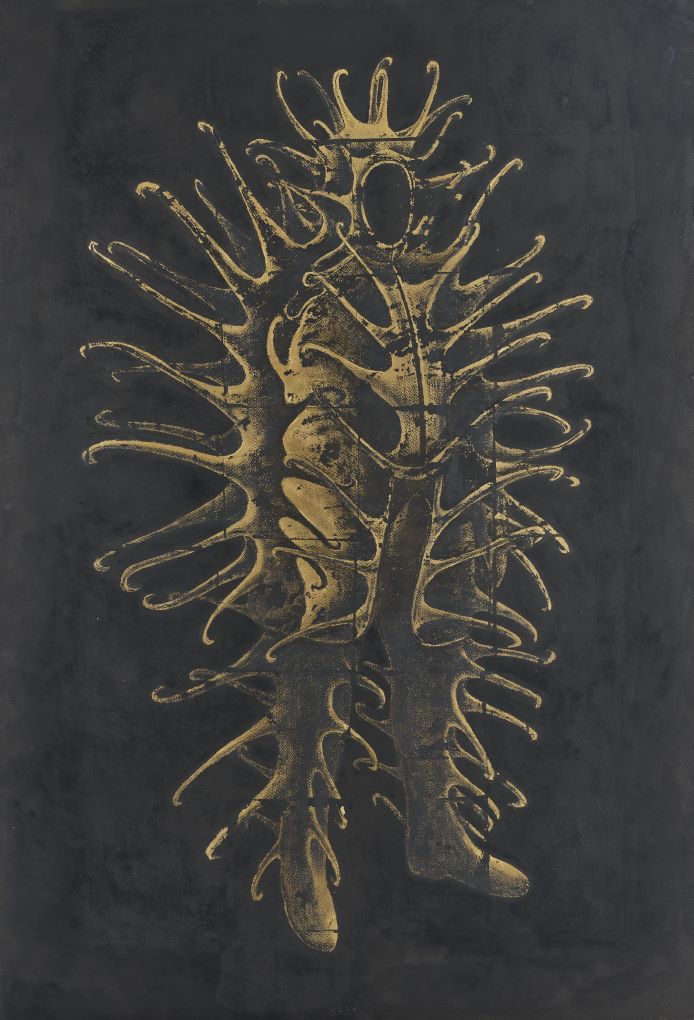 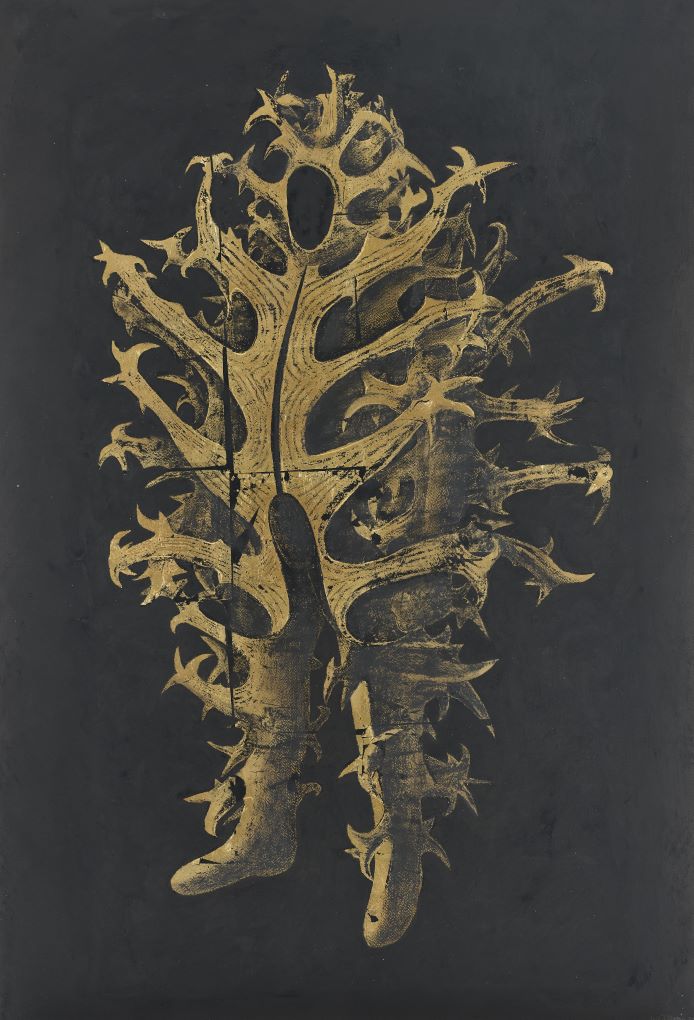 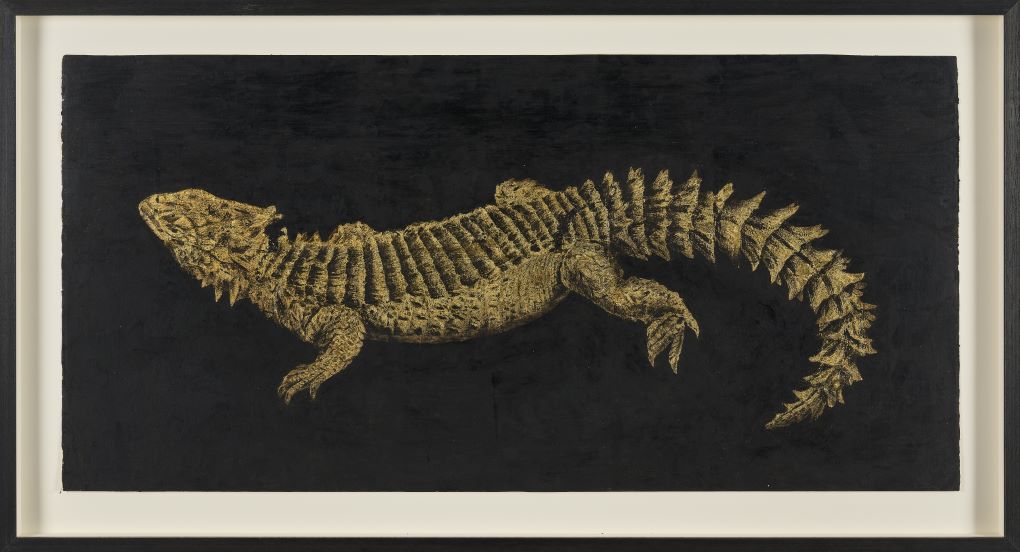 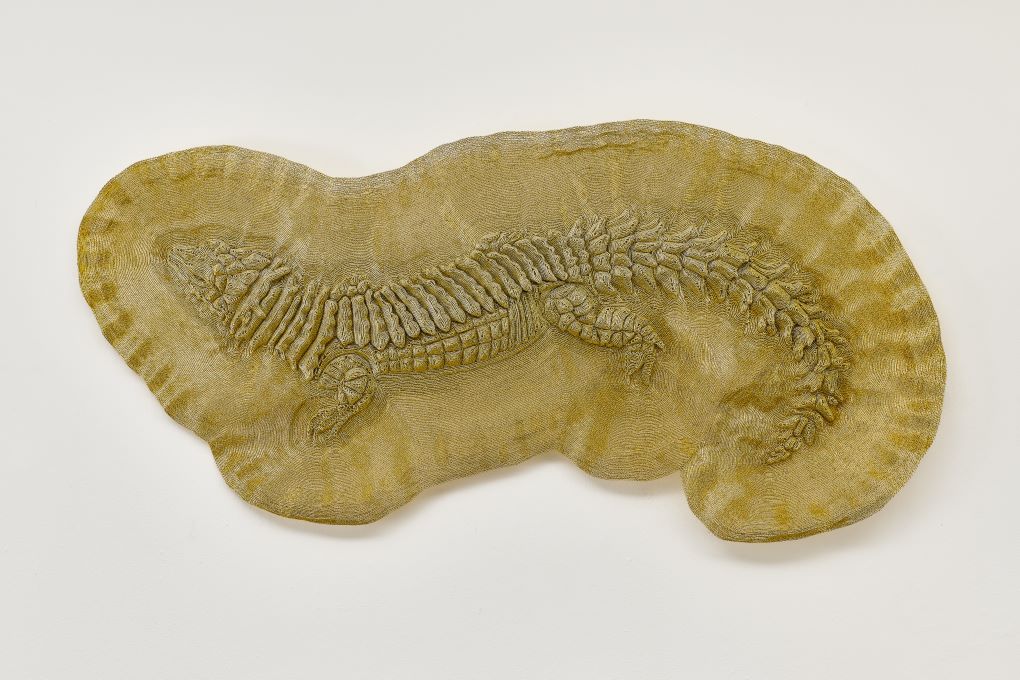 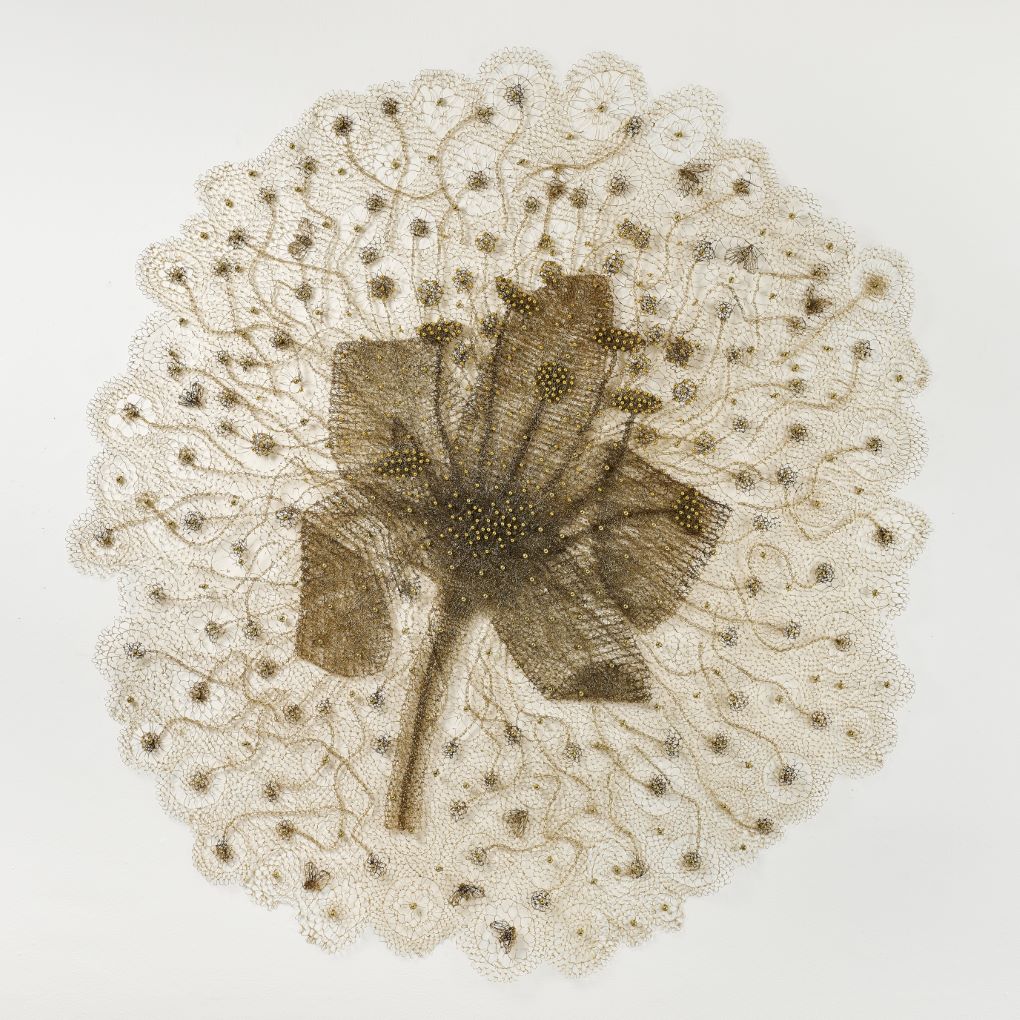 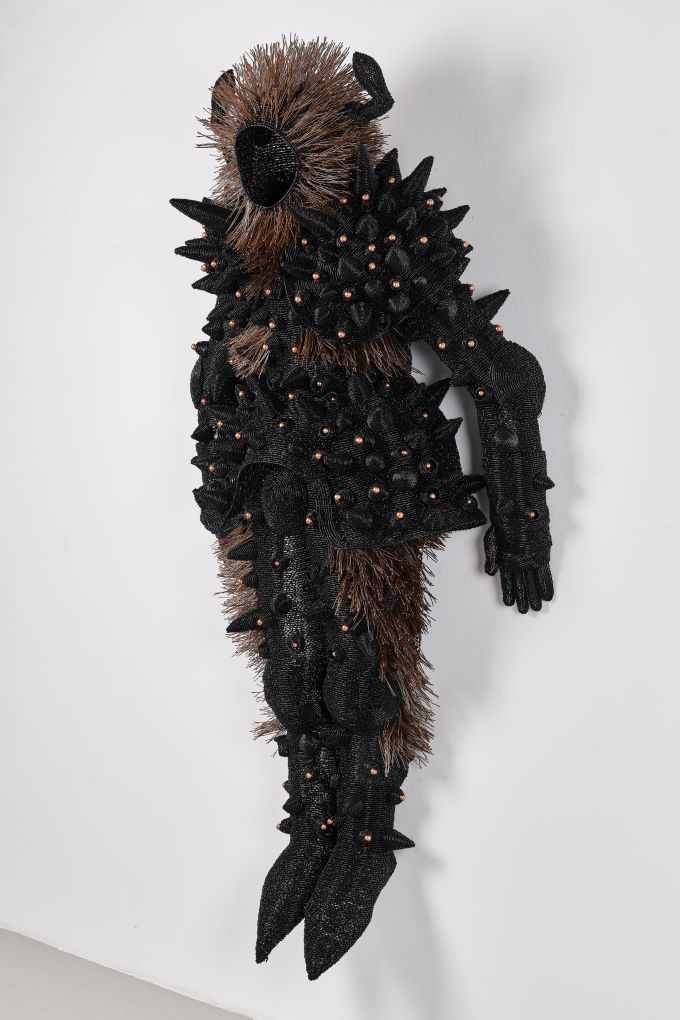 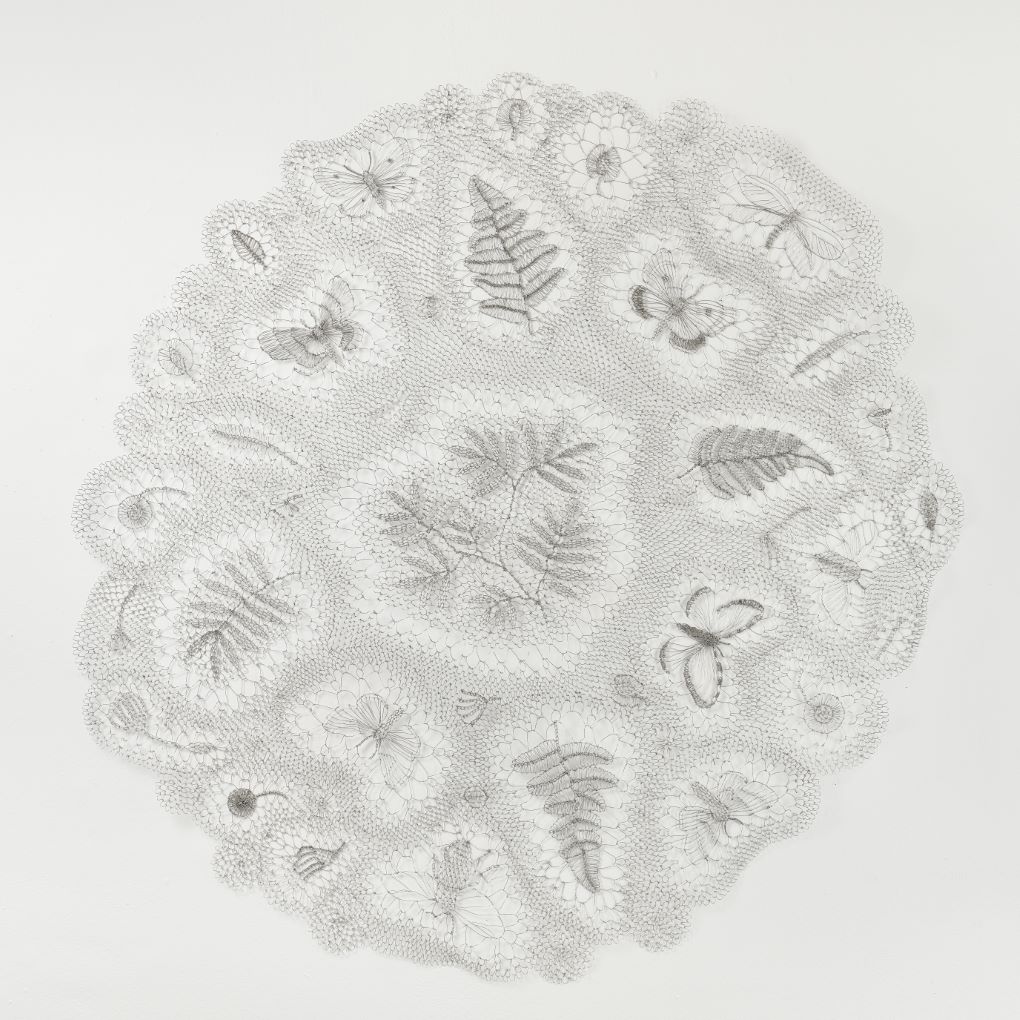 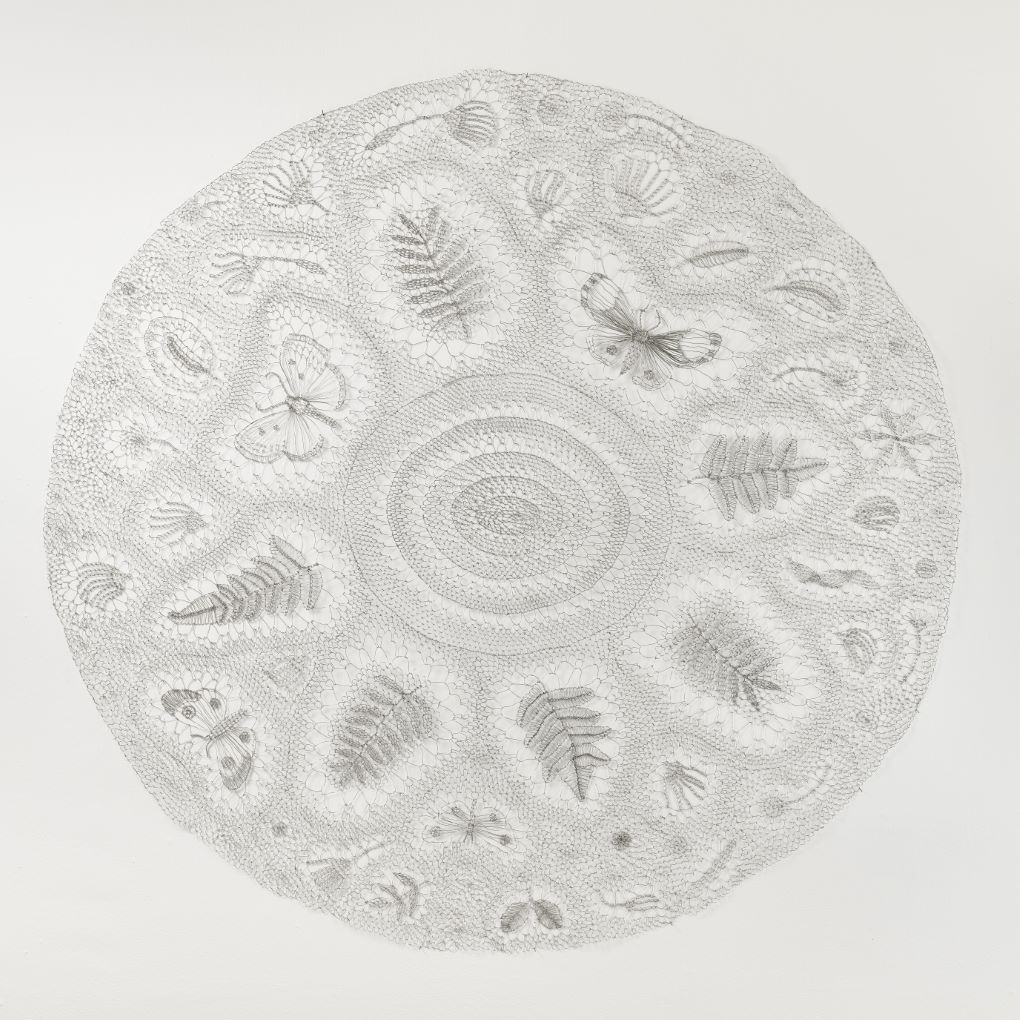 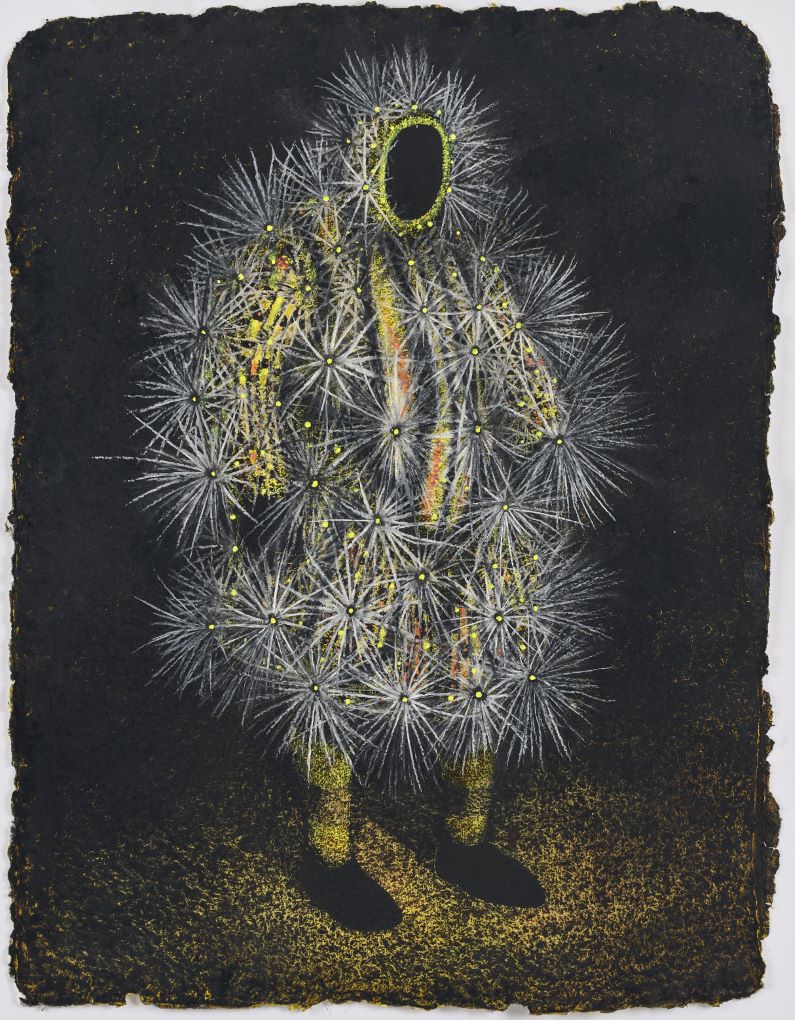 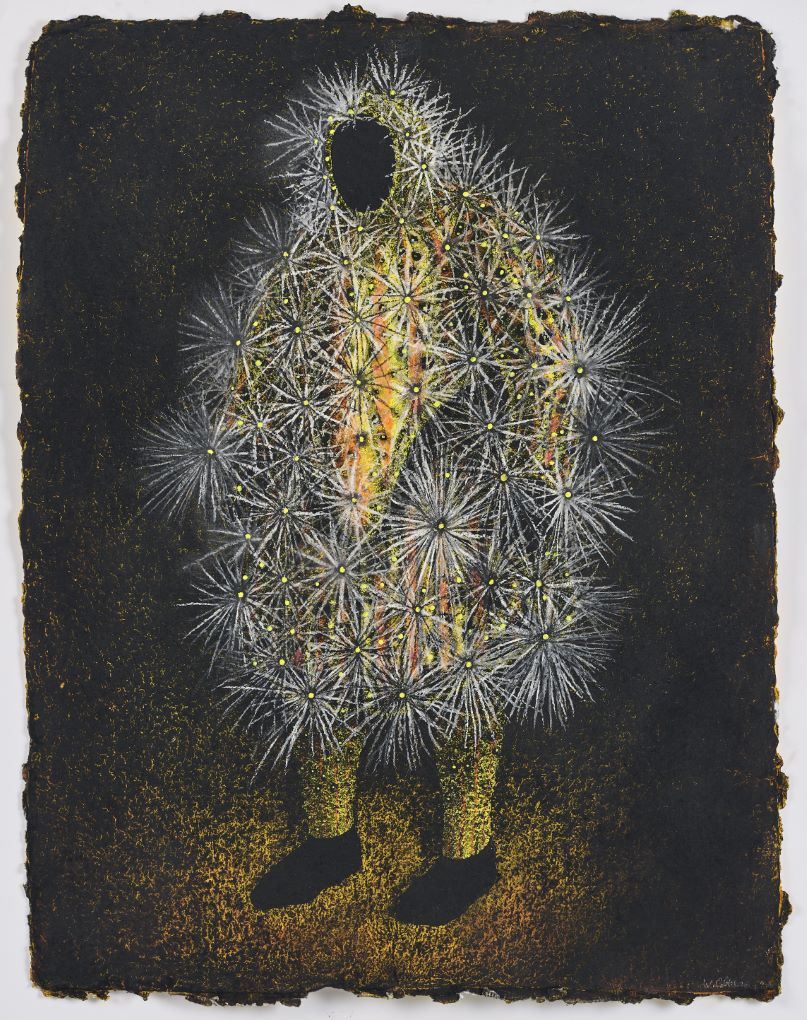 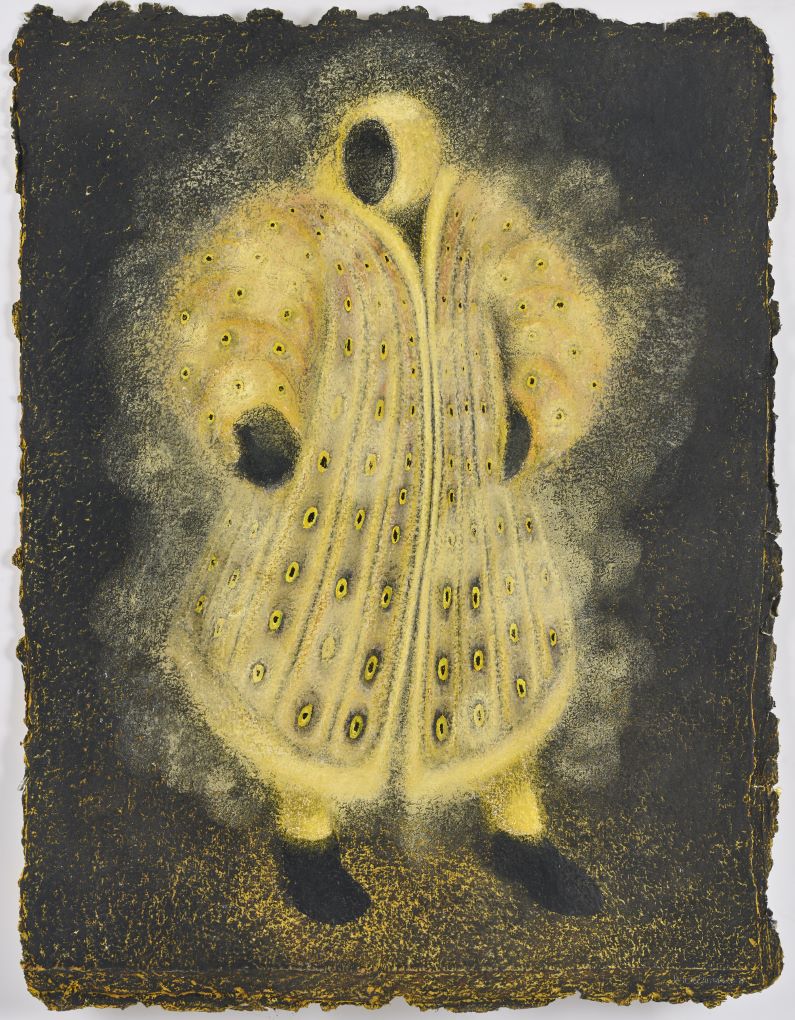 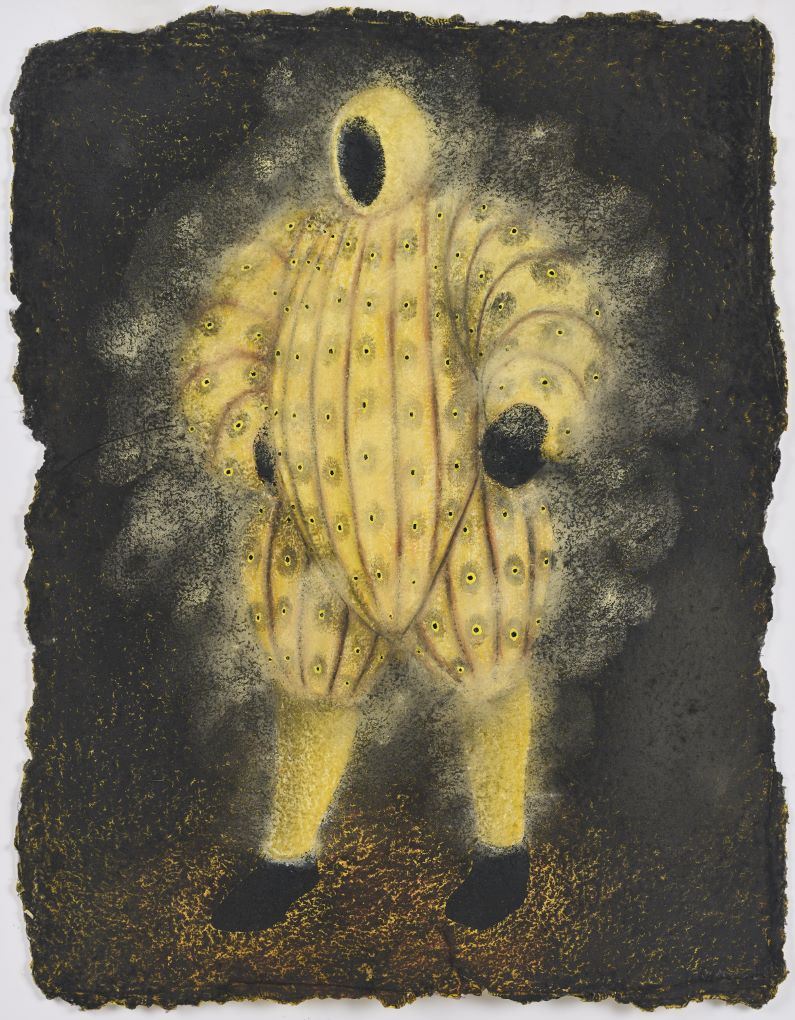 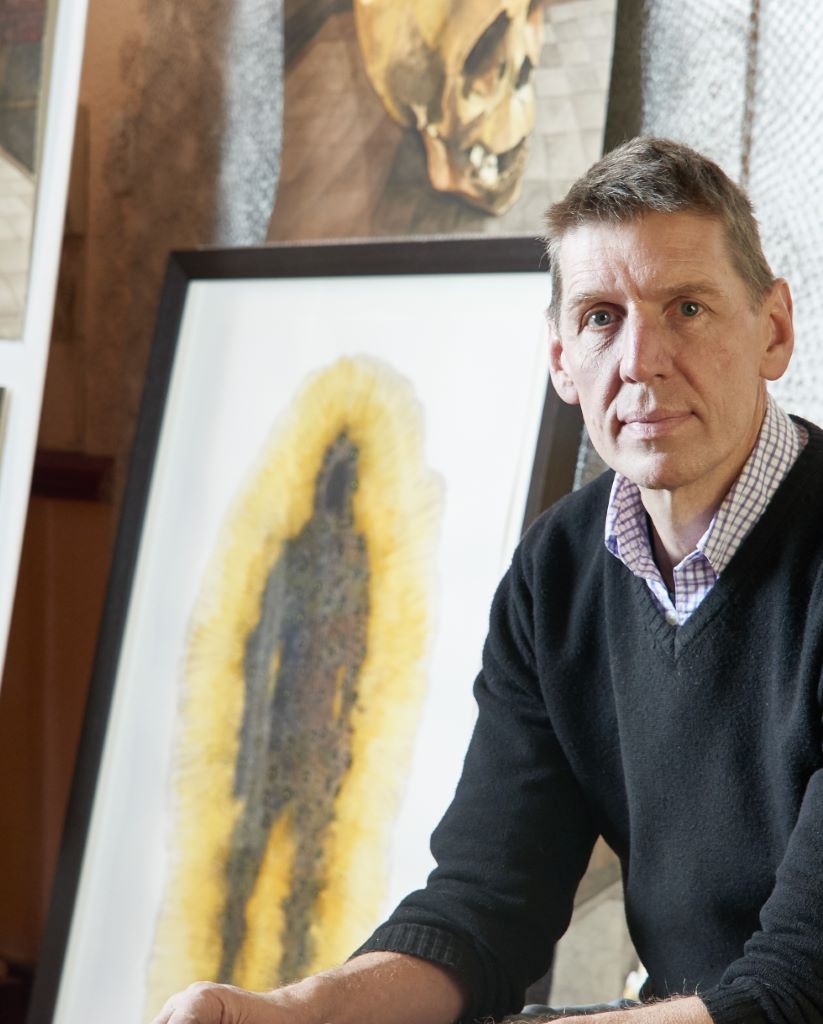 Oltmann has an extensive record of creative work produced since the early 1980s, including
a number of public commissions. Since the 1980s he has developed an interest in the
relationship between fine art and craft. In his own practice he employs hand-fabricated
processes of making and has researched wire craft traditions in southern Africa. His
sculptural works are executed by way of weaving in wire and using handcrafting methods
that reference African and Western traditions of weaving. He is deeply interested in the
influence of craft traditions in contemporary South African art.

In his artworks Oltmann makes connections to domestic textile practices and explores such
forms of making in evoking fragility and the passage of time. He often combines aspects of
decorative ornament with subject matter that seems somewhat contradictory or disturbing
in relation to handcrafted embellishment.