Employing the visual language and terminology of mass media, and appropriating symbols and images from popular culture, Hank Willis Thomas’ work seeks to question and subvert established definitions and positions with regards to personal identity and the narrative of race. It is concerned with history and identity, with the way race and ‘blackness’ has not only been informed but deliberately shaped and constructed by various forces – first through colonialism and slavery, and more recently through mass media and advertising – and reminds us of the financial and economic stakes that have always been involved in representations of race.

In Unbranded, a previous body of work, Thomas used images from advertisements targeting African Americans between 1968 and the present, digitally removing all products and logos from the images in order to unearth the ways in which black American identity is produced and marketed in popular culture, and to challenge viewers to ask what’s really being sold.

His B®anded series extends his interest in visual representations of race to the male African-American body, this time featuring works that deliberately use and manipulate corporate signs and logos to trace the connections between historical and contemporary commodifications of the black male body, and to examine the ways it has been employed in the service of creating wealth.

All Things Being Equal… brings together recent works by the artist that explore the legacy of slavery and colonialism, segregation and apartheid, employing subversive visual strategies to disrupt superficial notions of likeness and to find value in particularity rather than comparison.

Assuming the principle that race and blackness are radically contingent socio-cultural constructs, the exhibition addresses the idea of a particular local black experience and attempts to excavate meaning in the differences between South African and African-American blackness.

Hank Willis Thomas received his BFA from New York University’s Tisch School of the Arts and his MFA in photography, along with an MA in visual criticism, from California College of the Arts (CCA) in San Francisco. Thomas has acted as a visiting professor at CCA and in the MFA programs at Maryland Institute College of Art and ICP/Bard and has lectured at Yale University, Princeton University, the Birmingham Museum of Art and the Musée du Quai Branly in Paris. His work has been featured in many publications including Reflections in Black (Norton, 2000) 25 under 25: Up-and-Coming American Photographers (CDS, 2003), 30 Americans (RFC, 2008). Thomas’ monograph, Pitch Blackness, was published by Aperture in 2008. He received a new media fellowship through the Tribeca Film Institute and was an artist in residence at John Hopkins University. He has exhibited in galleries and museums throughout the U.S. and abroad including Galerie Anne De Villepoix in Paris, the Goodman Gallery in Johannesburg, the Studio Museum in Harlem, Yerba Buena Center for the Arts in San Francisco and the Wadsworth Atheneum in Hartford.

Thomas’ work is in numerous public collections including The Whitney Museum of American Art, the Brooklyn Museum, The High Museum of Art in Atlanta and the Museum of Fine Art in Houston. His collaborative projects have been featured at the Sundance Film Festival and installed publicly at the Oakland International Airport, The Oakland Museum of California and the University of California, San Francisco. Recent exhibitions include Dress Codes: The International Center for Photography’s Triennial of Photography and Video, Greater New York at P.S. 1/MoMa, Contact Toronto Photography Festival and Houston Fotofest. 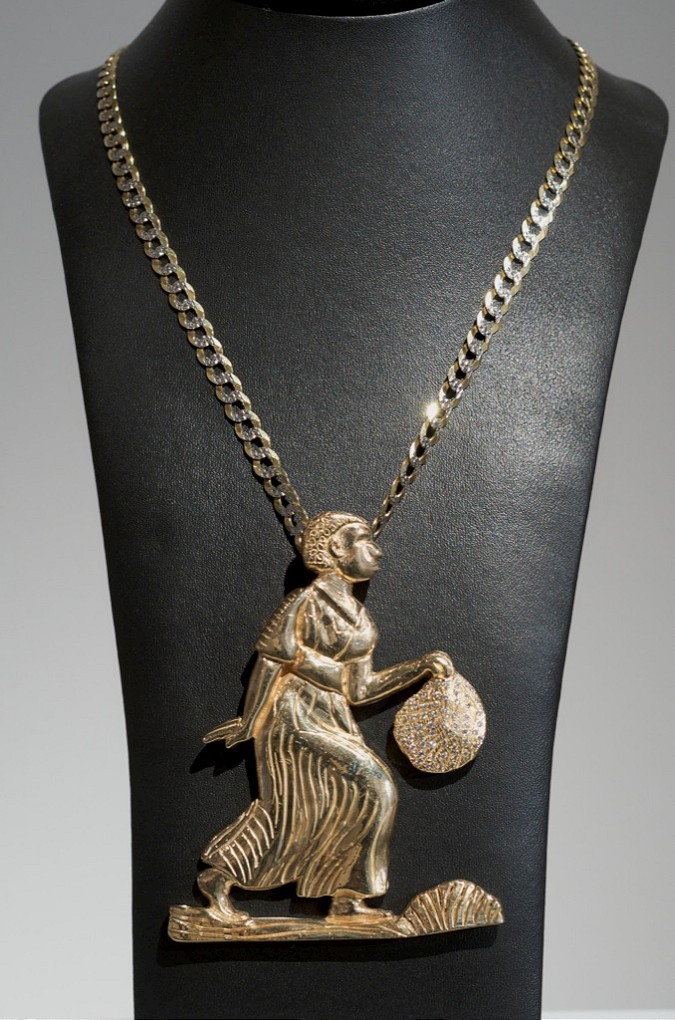 Lucy is a Slave with Diamonds/Folks Say "Take Off That Chain Boy, Ya Blinding Me" 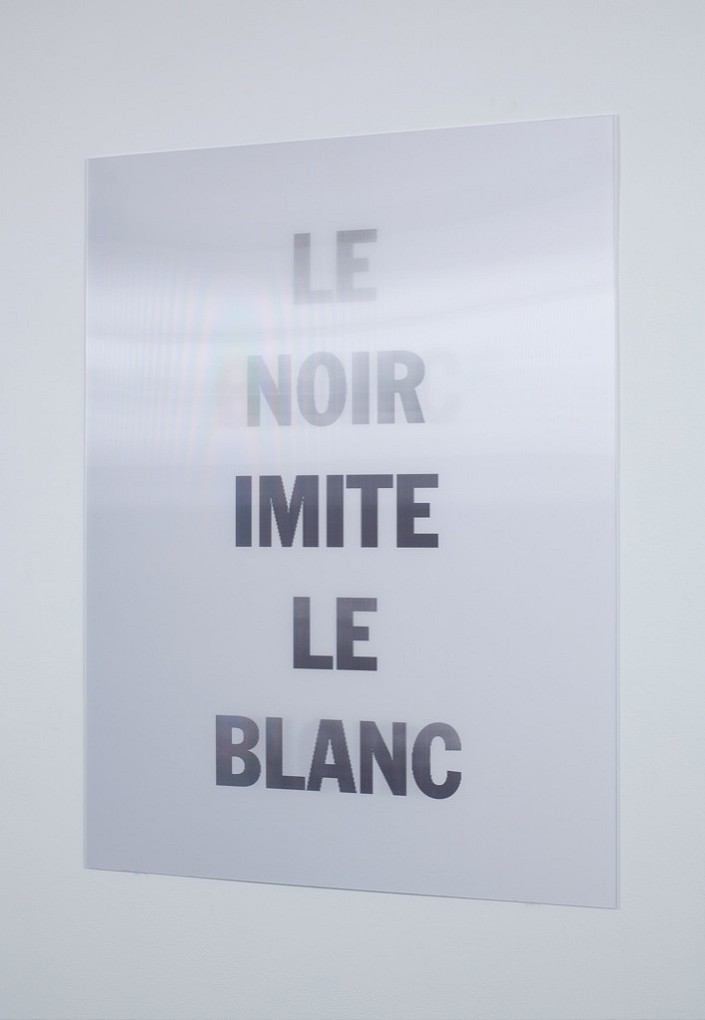 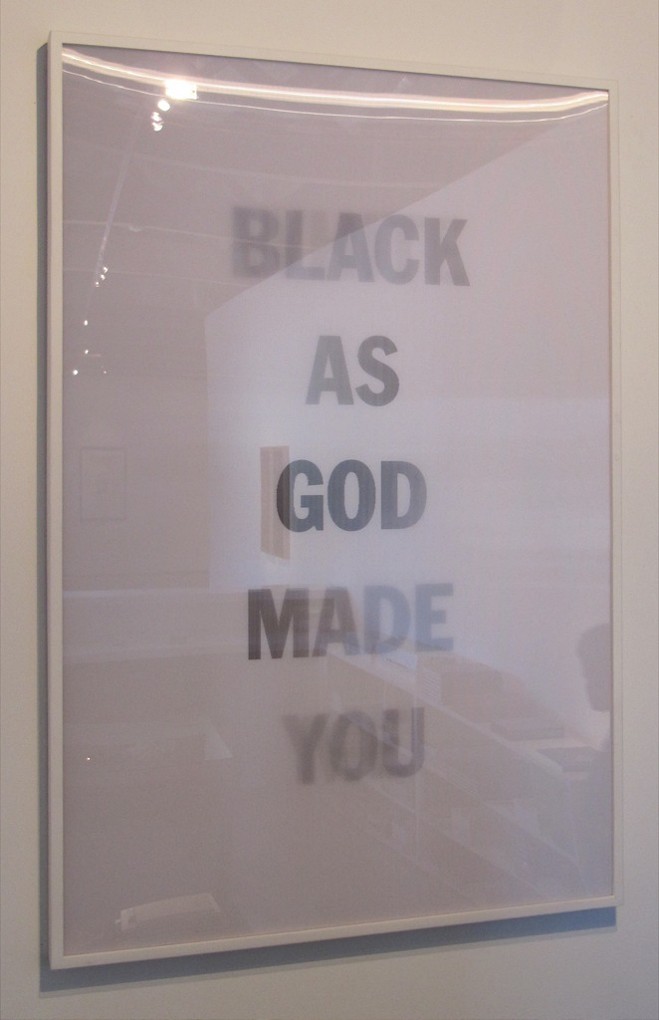 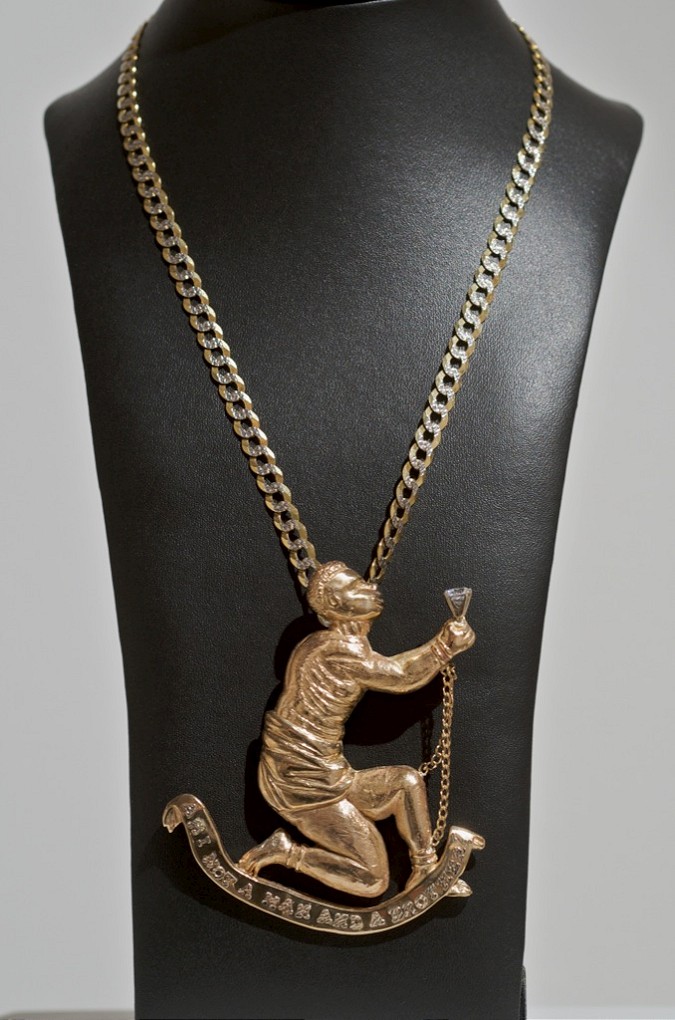 As God Made You

Ode to CMB: Am I Not a Man and a Brother? 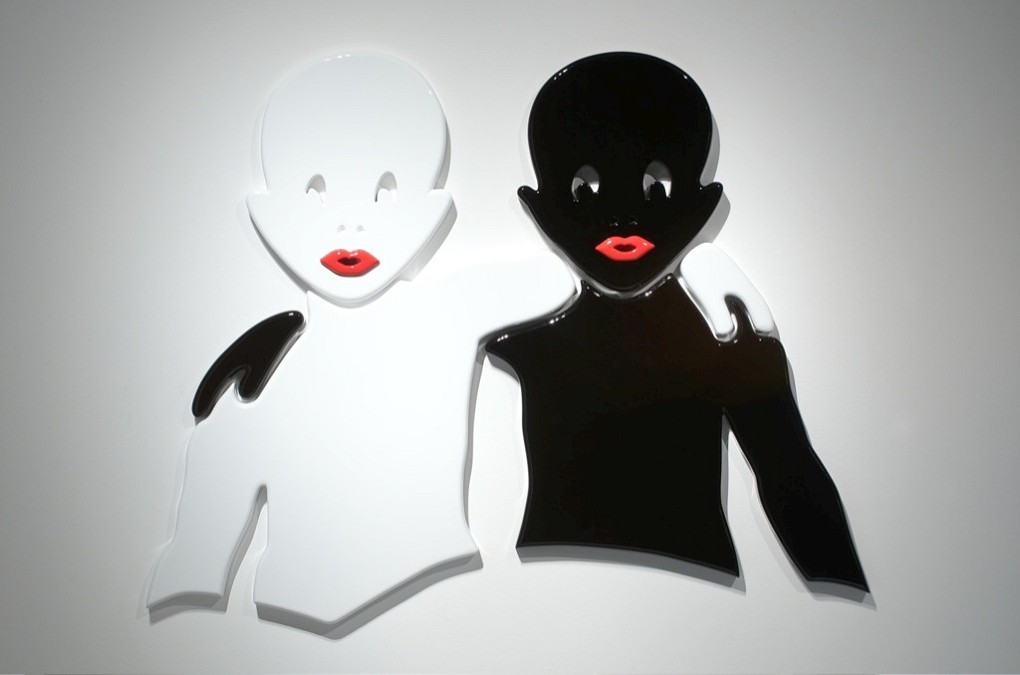 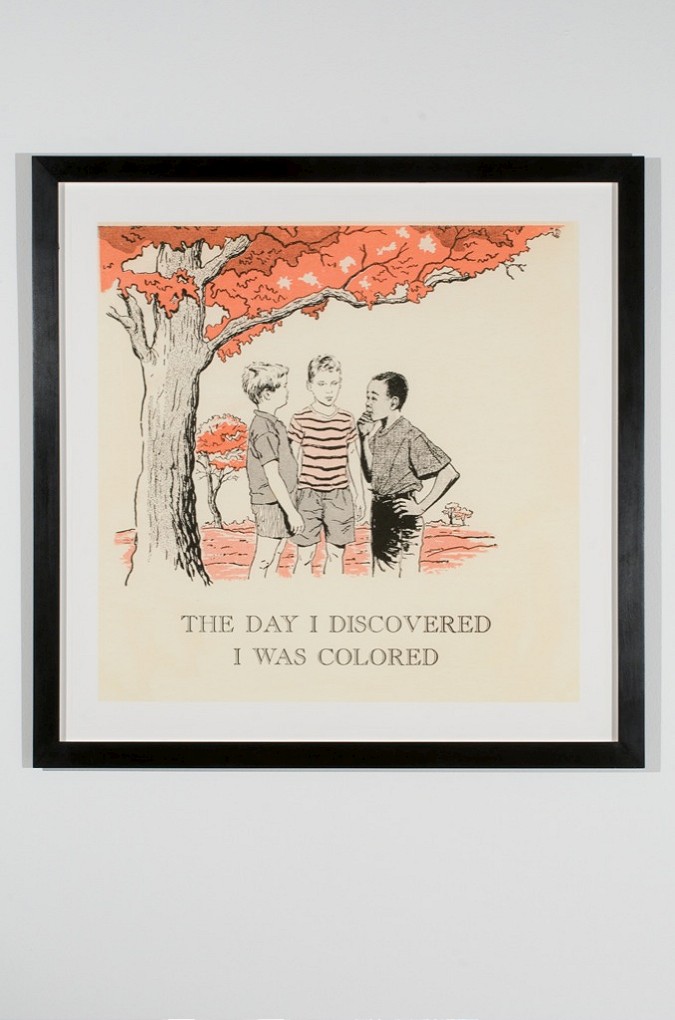 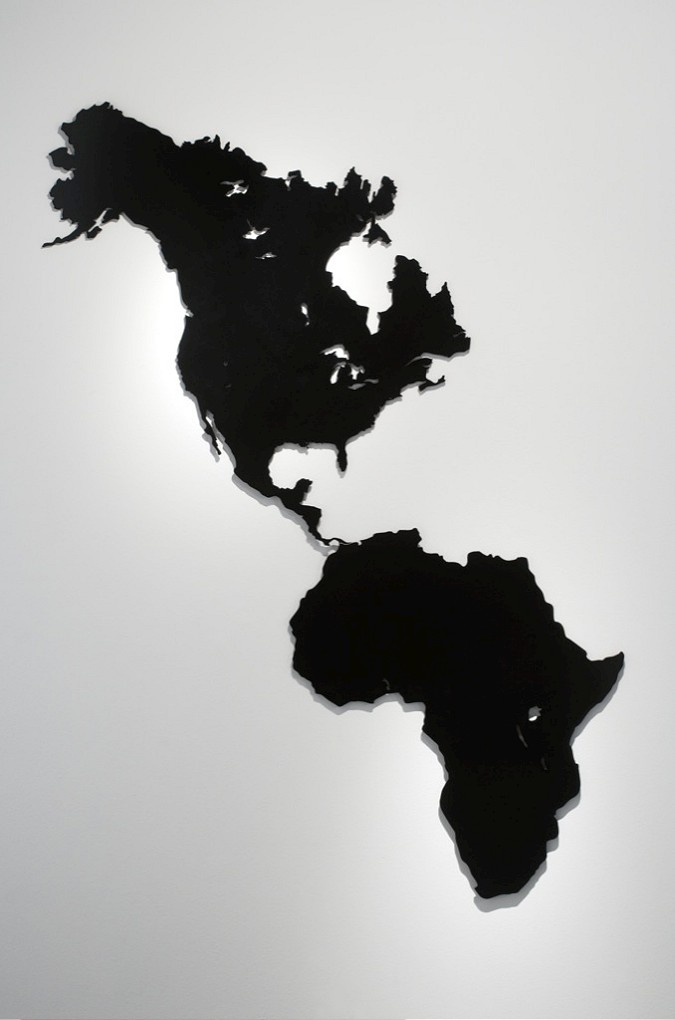 The Day I Discovered I Was Colored 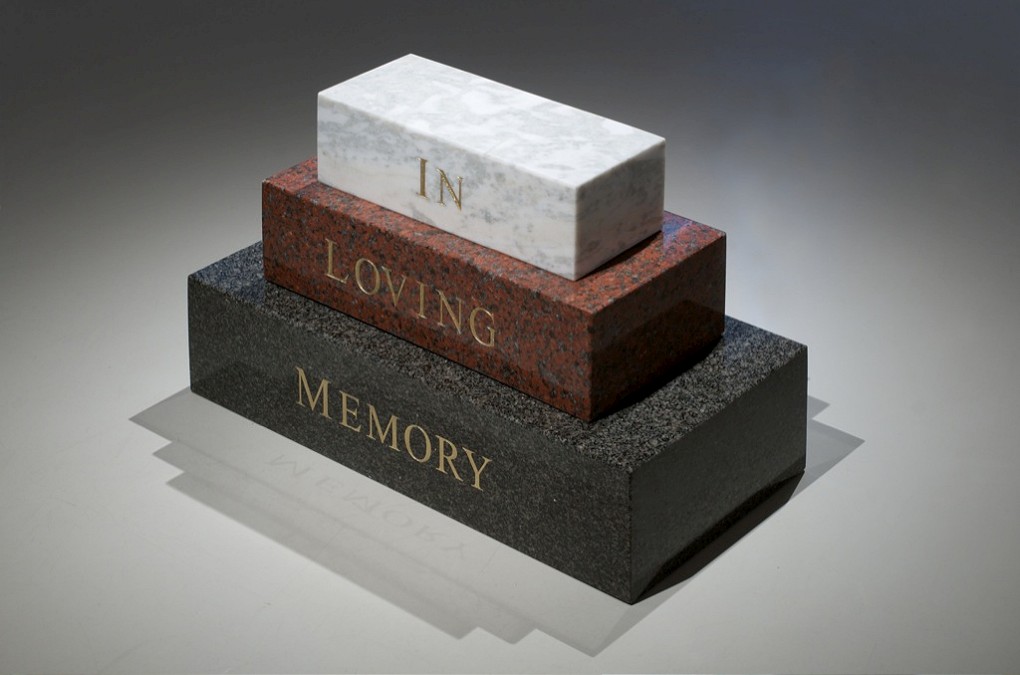 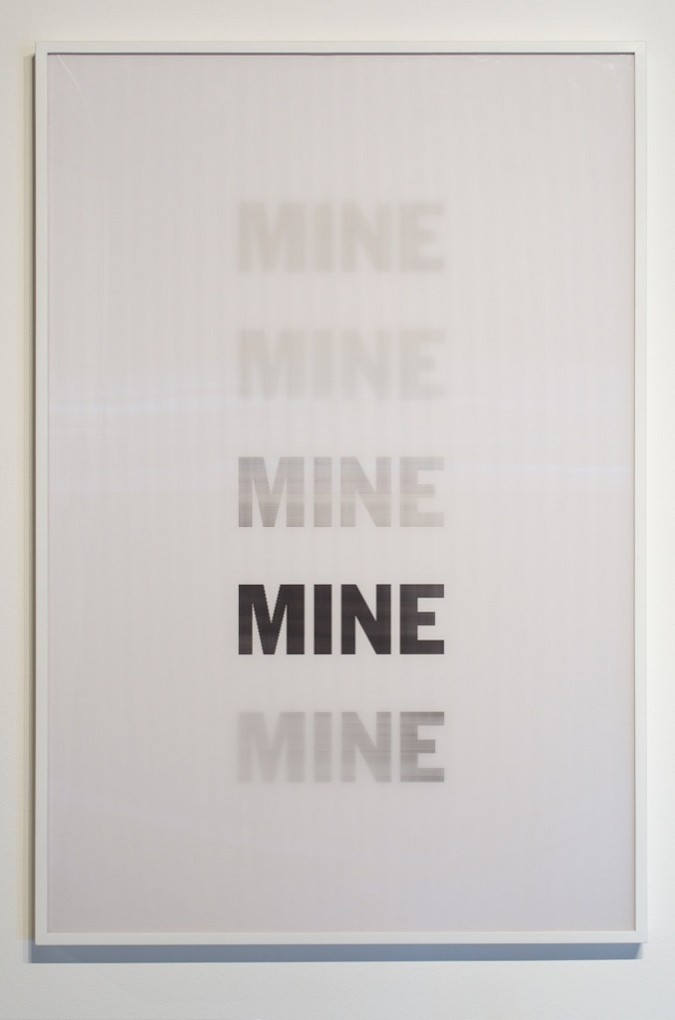 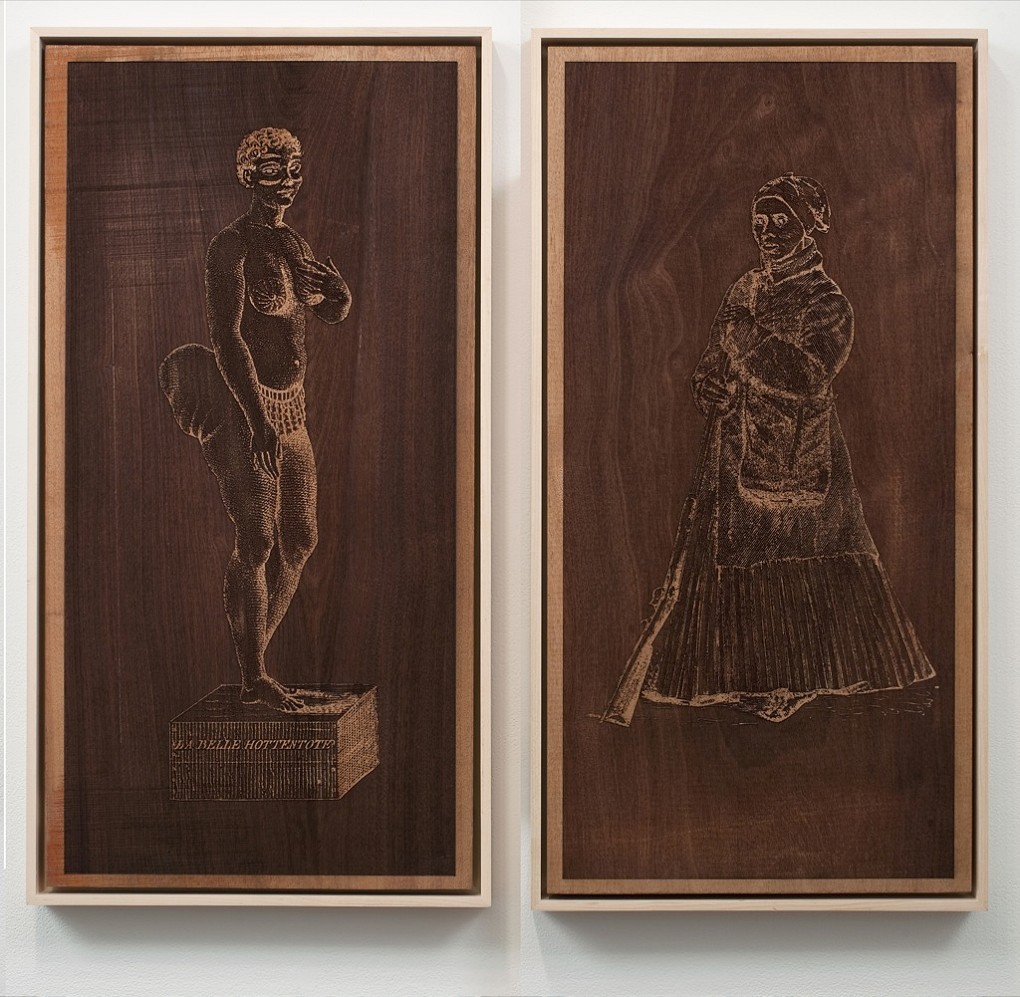 2010 Lenticular Add to My Selection 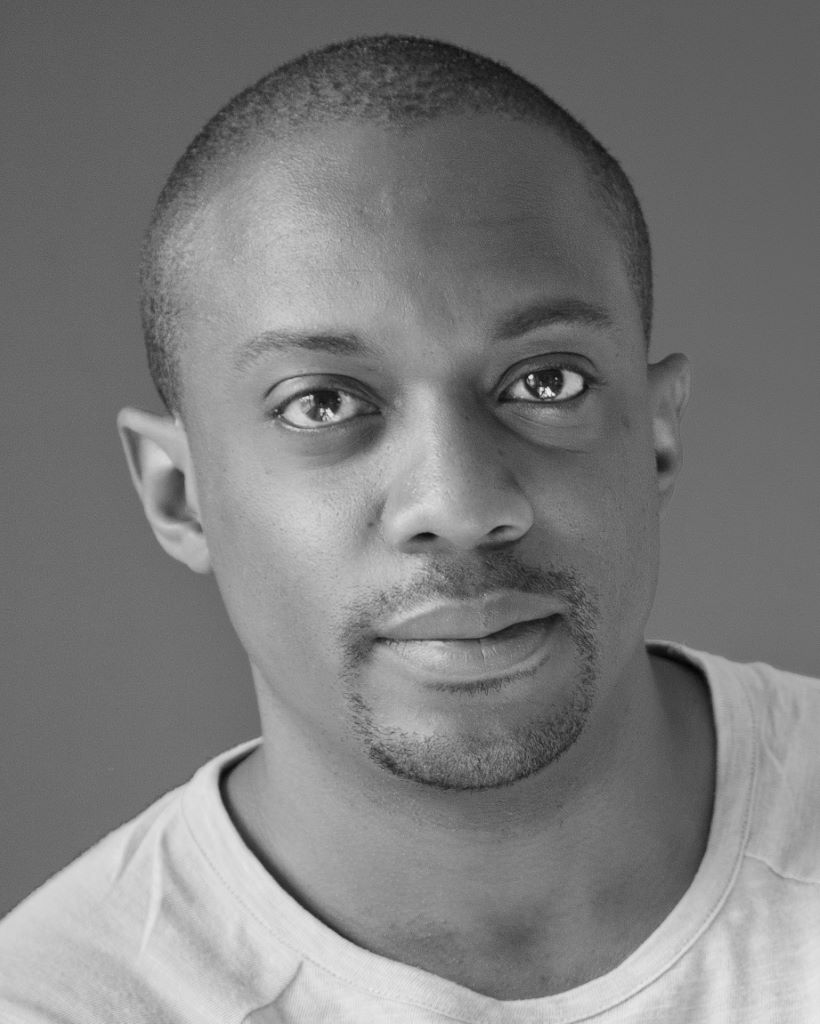 His collaborative projects include Question Bridge: Black Males, In Search Of The Truth (The Truth Booth), Writing on the Wall, and the artist-run initiative for art and civic engagement For Freedoms, which in 2017 was awarded the ICP Infinity Award for New Media and Online Platform. Thomas is also the recipient of the Gordon Parks Foundation Fellowship (2019), the Guggenheim Foundation Fellowship (2018), Art for Justice Grant (2018), AIMIA | AGO Photography Prize (2017), Soros Equality Fellowship (2017), and is a member of the New York City Public Design Commission. Thomas holds a B.F.A. from New York University (1998) and an M.A./M.F.A. from the California College of the Arts (2004). In 2017, he received honorary doctorates from the Maryland Institute of Art and the Institute for Doctoral Studies in the Visual Arts.