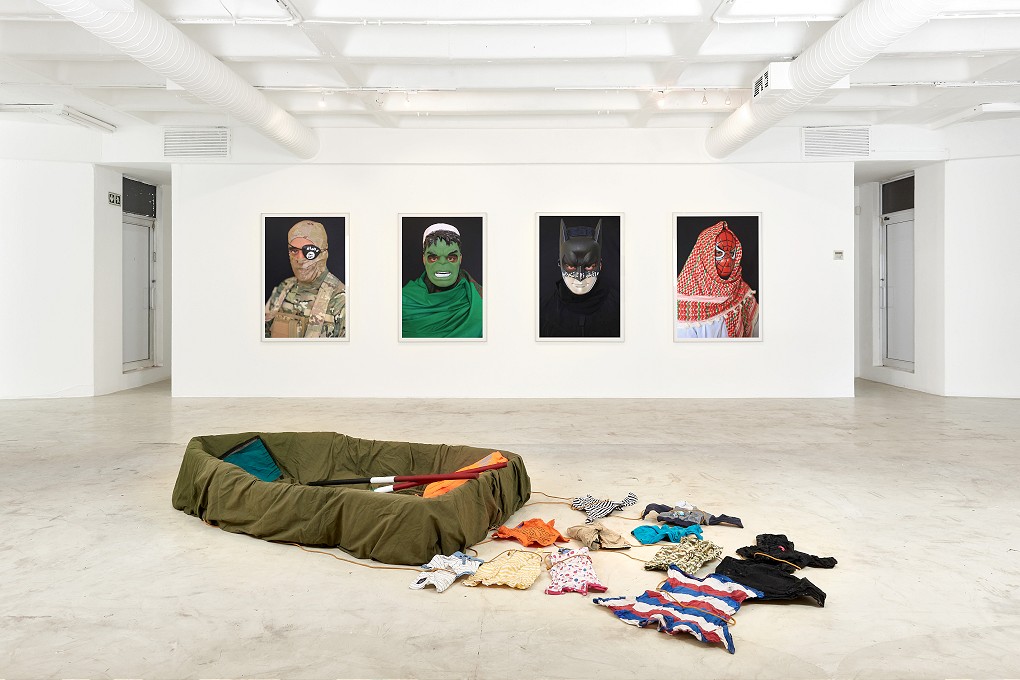 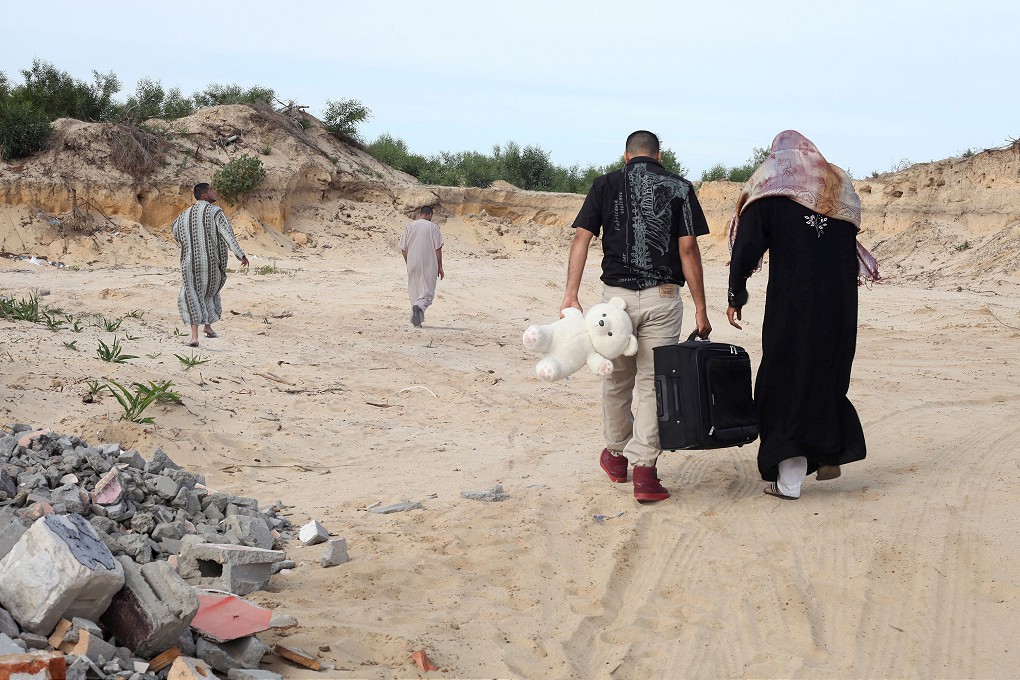 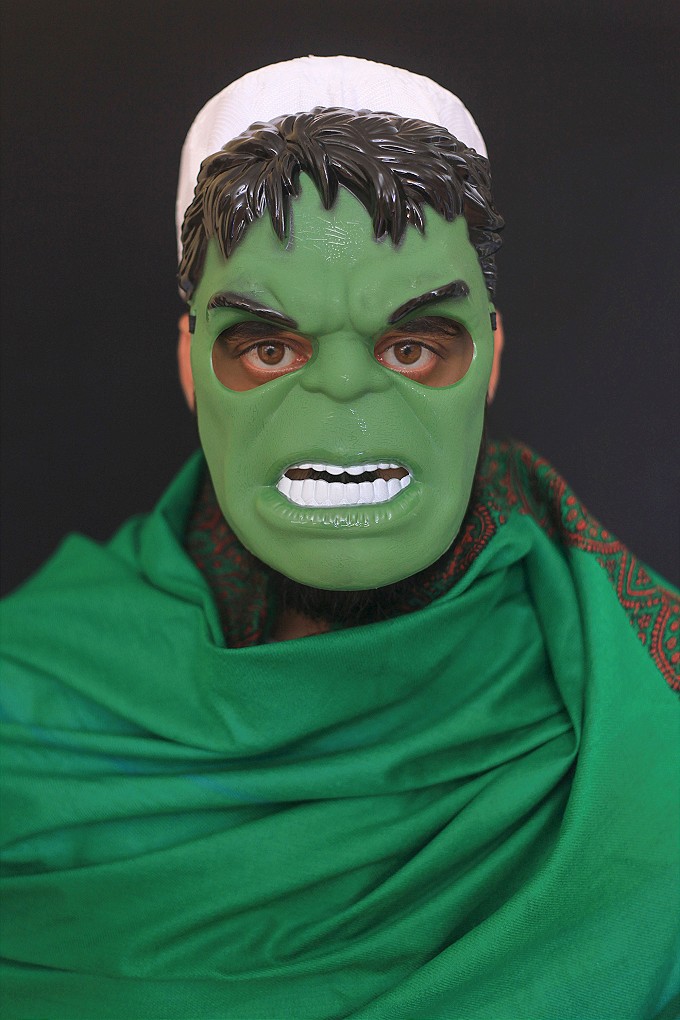 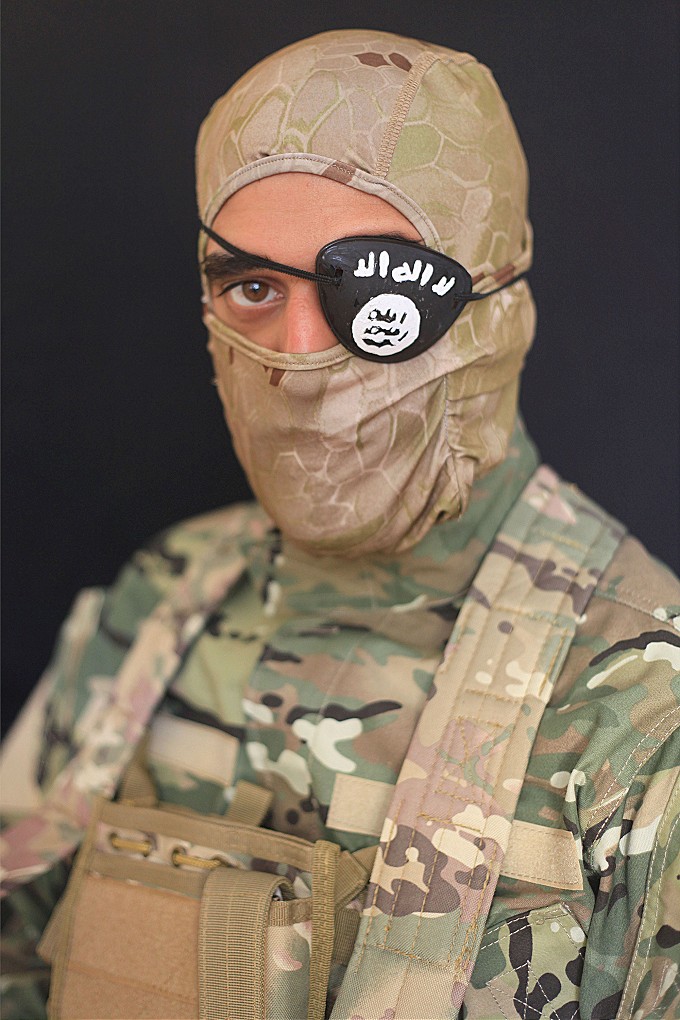 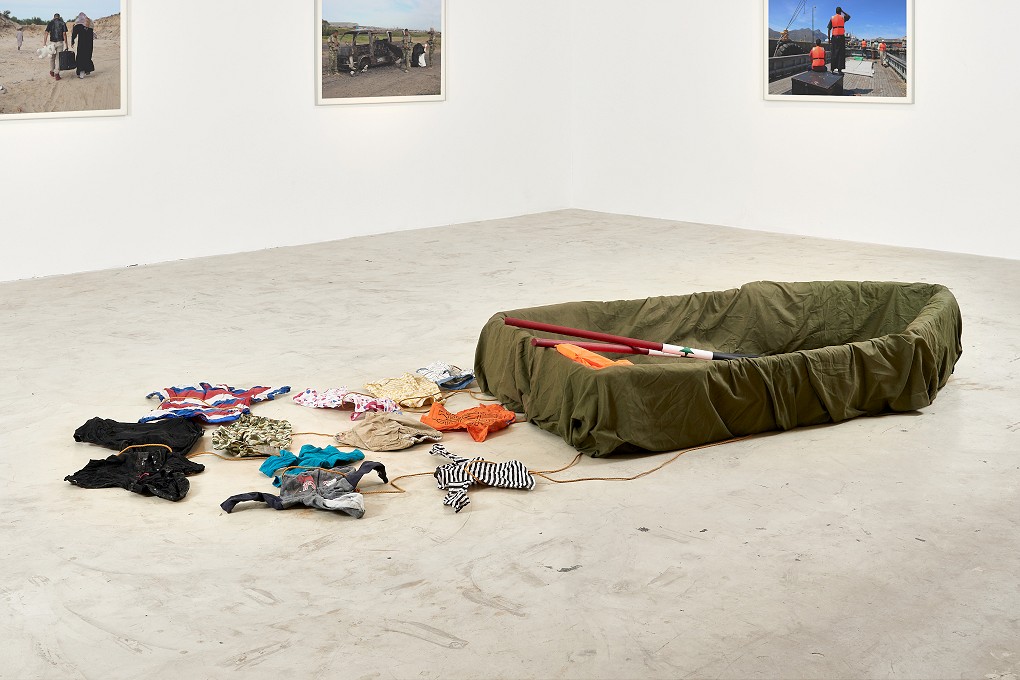 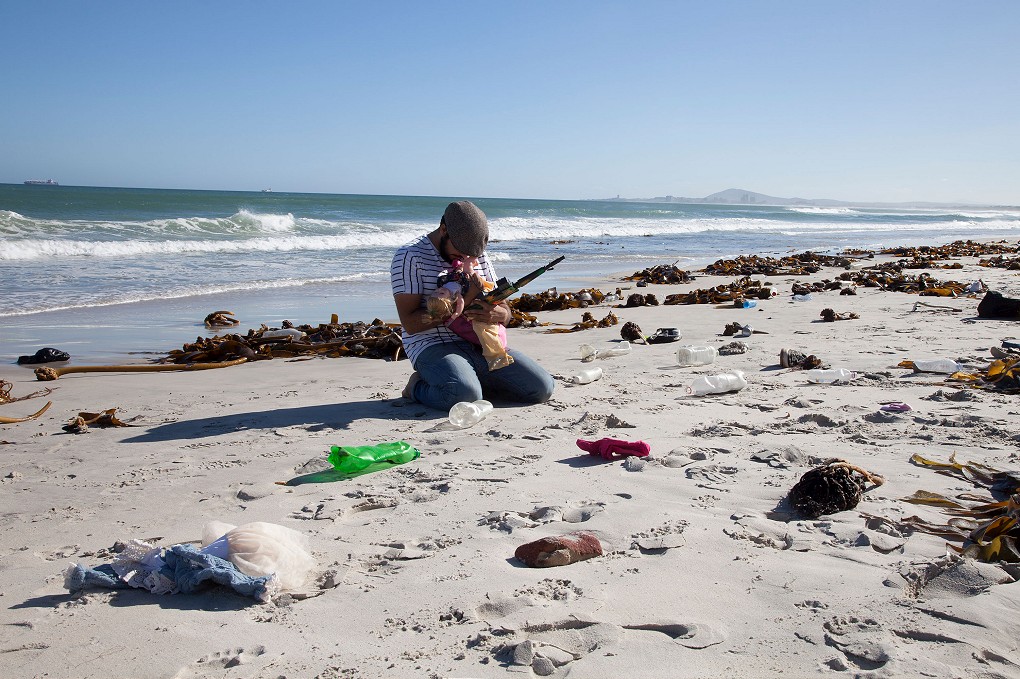 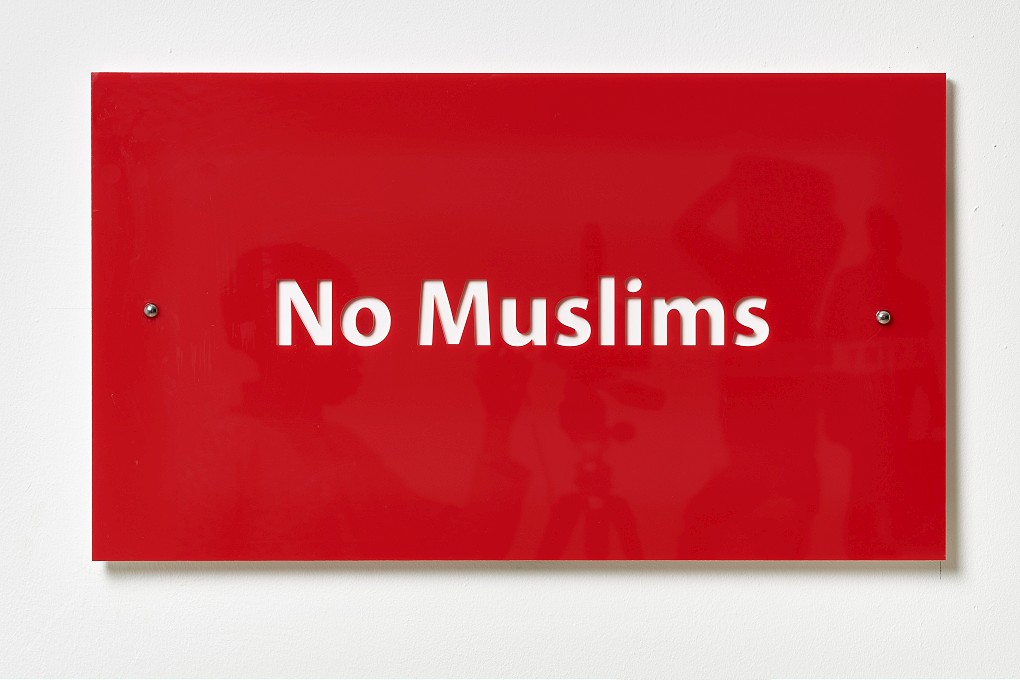 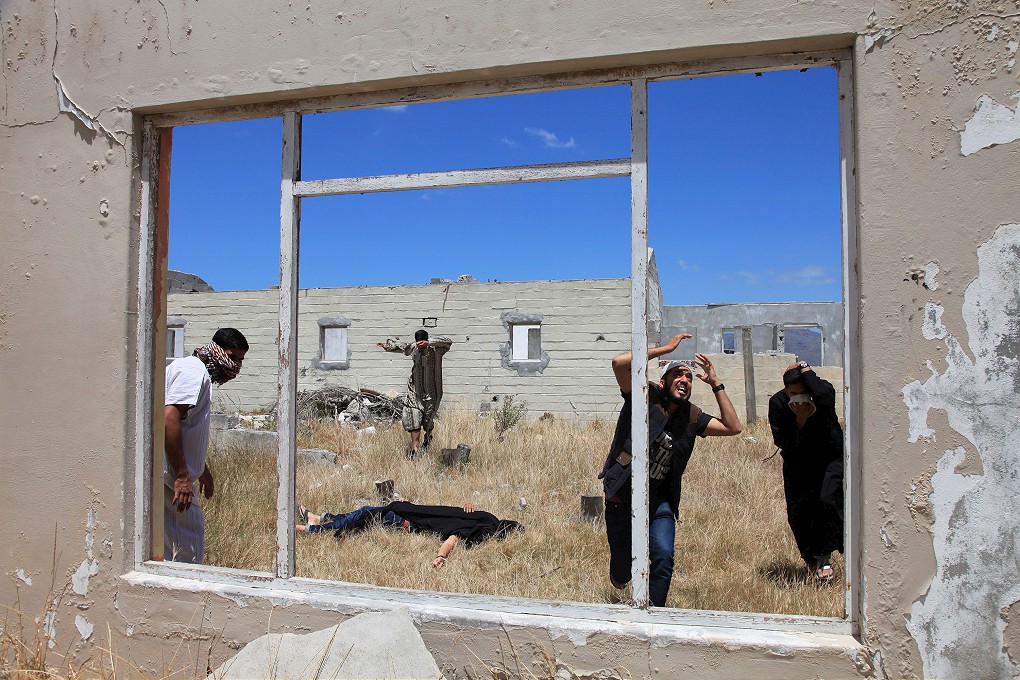 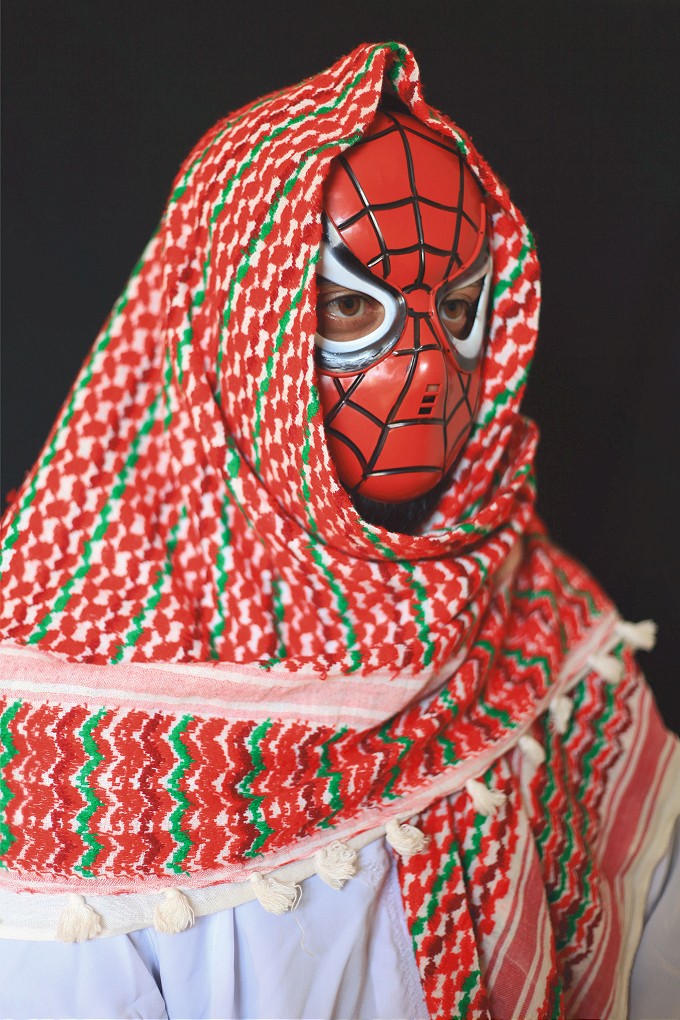 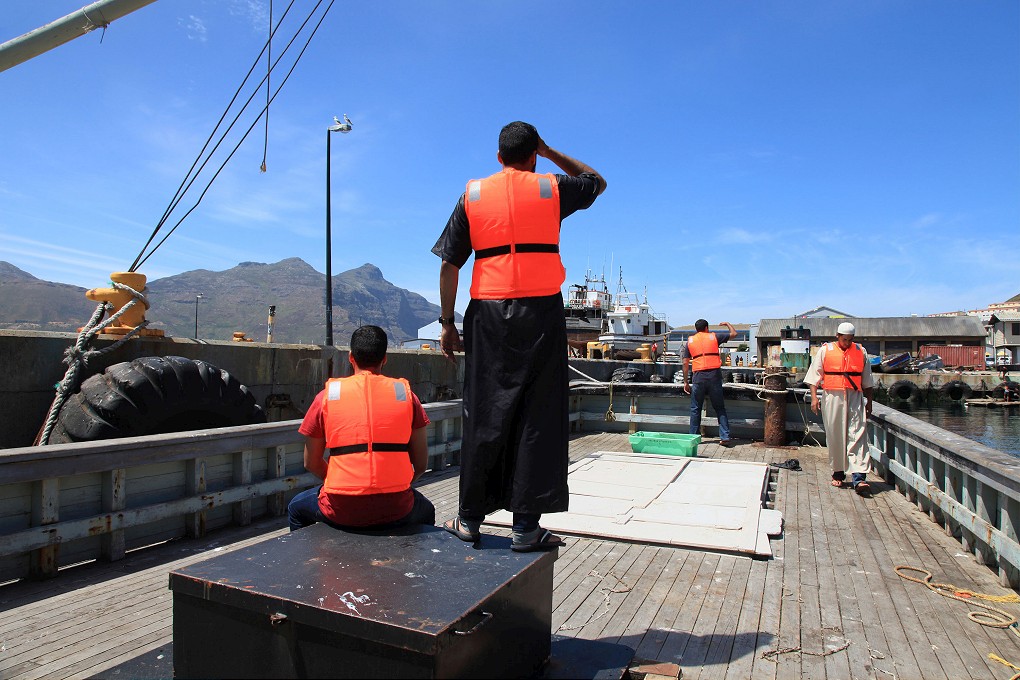 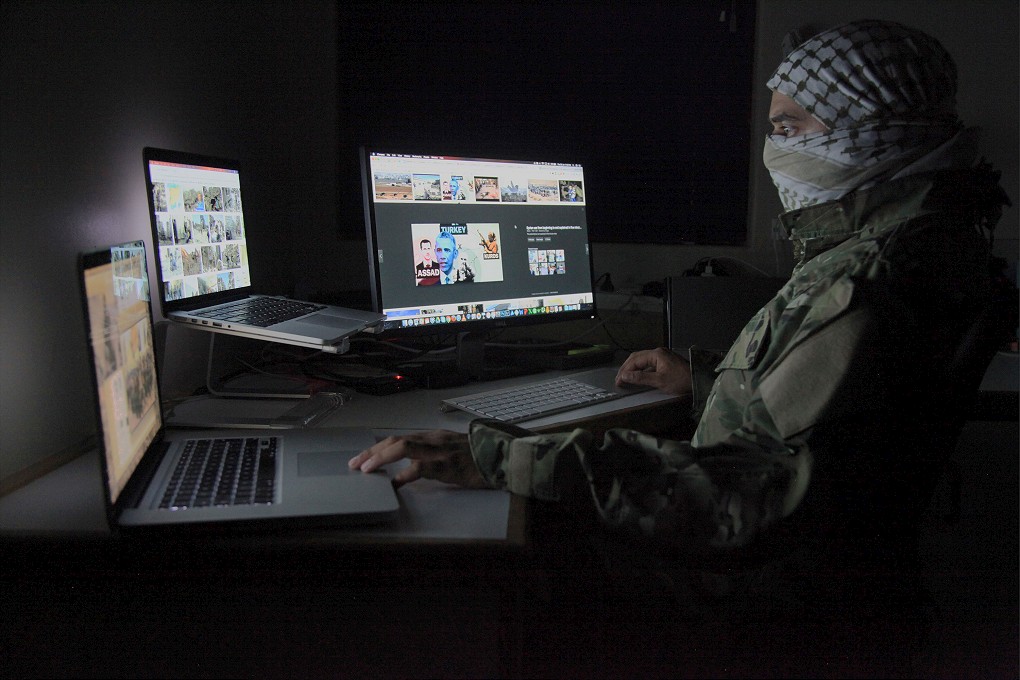 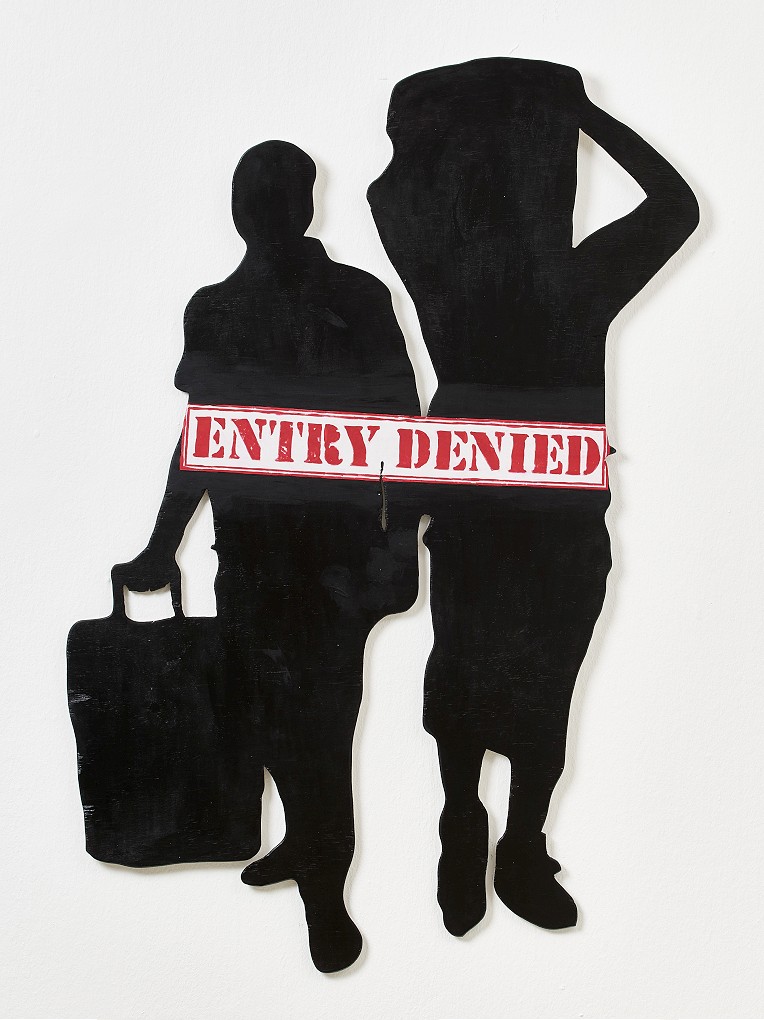 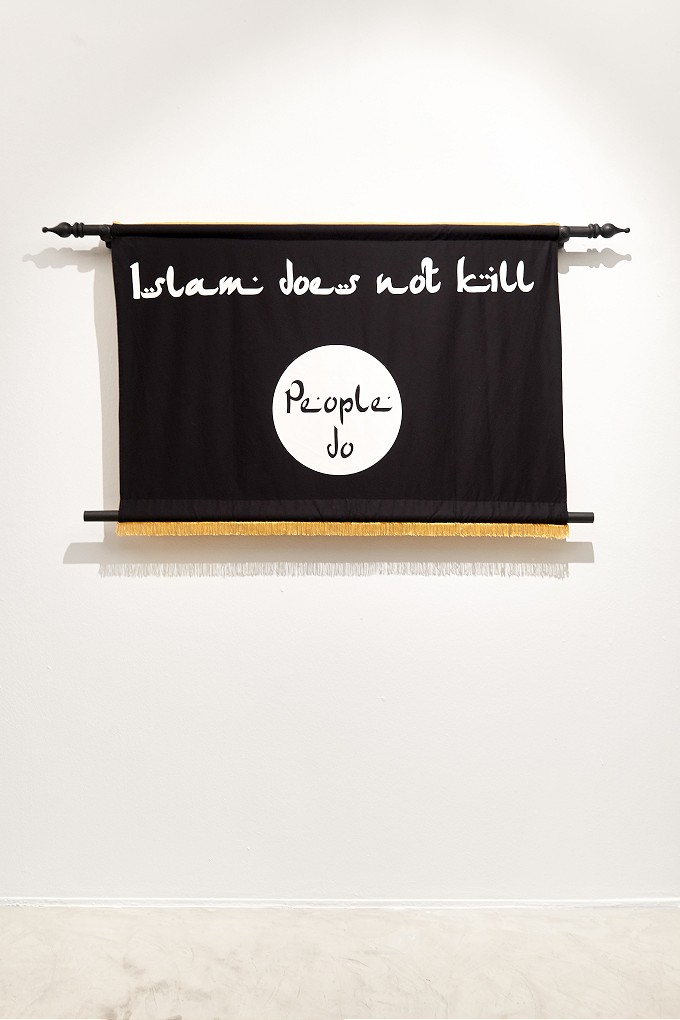 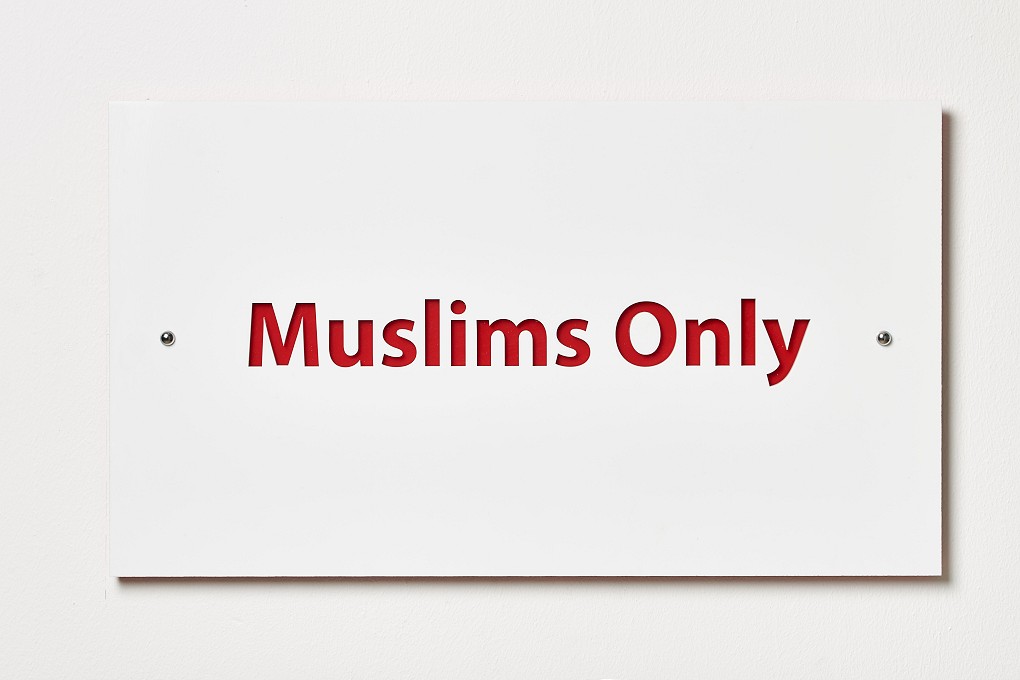 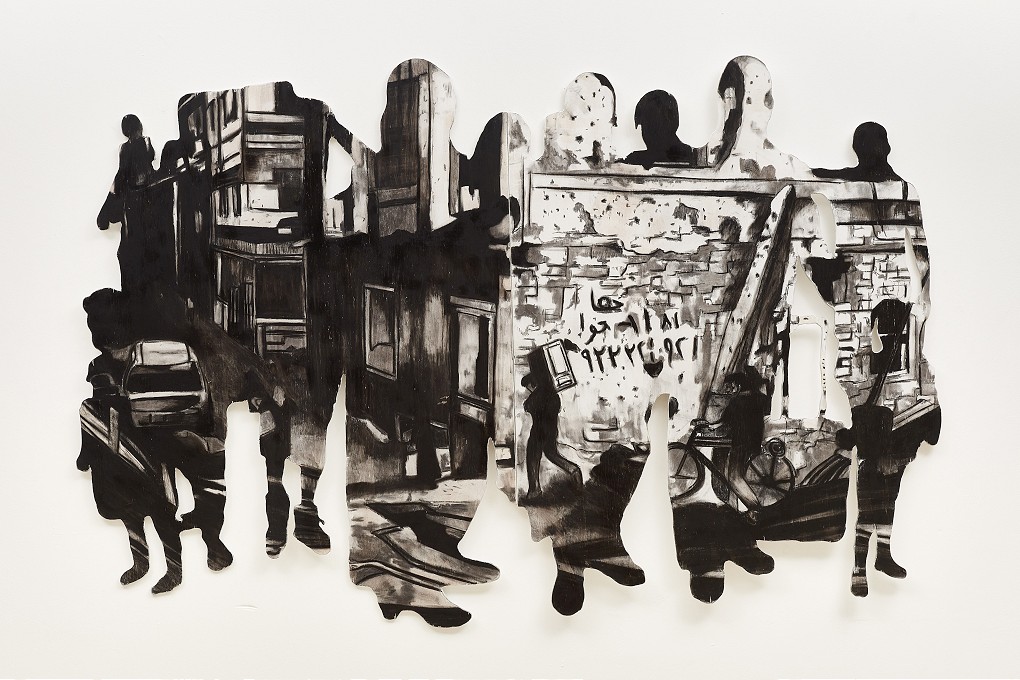 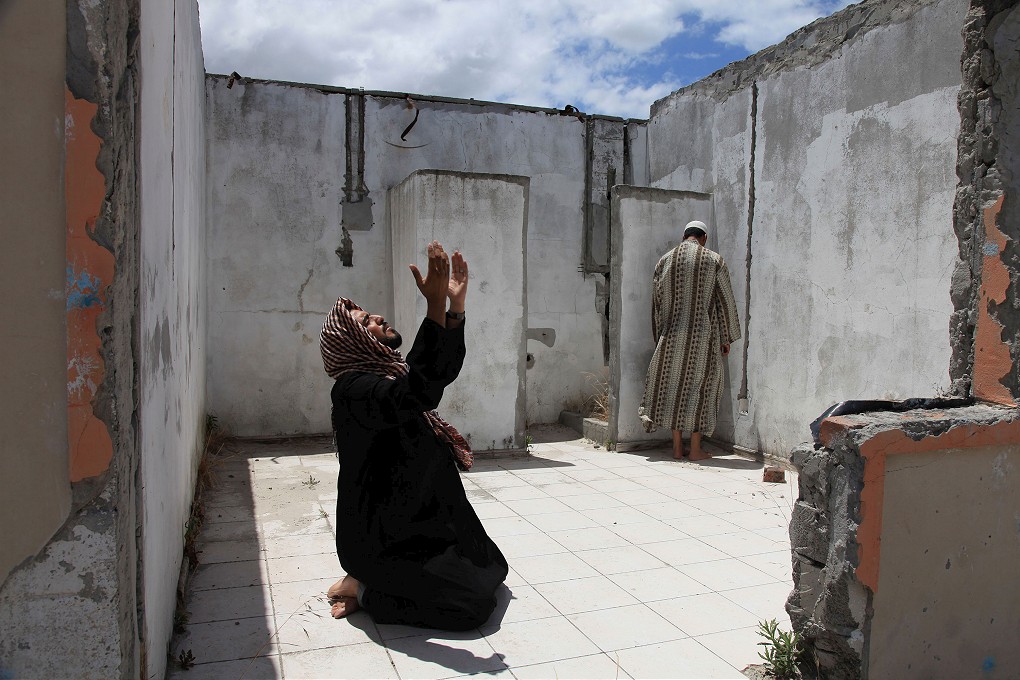 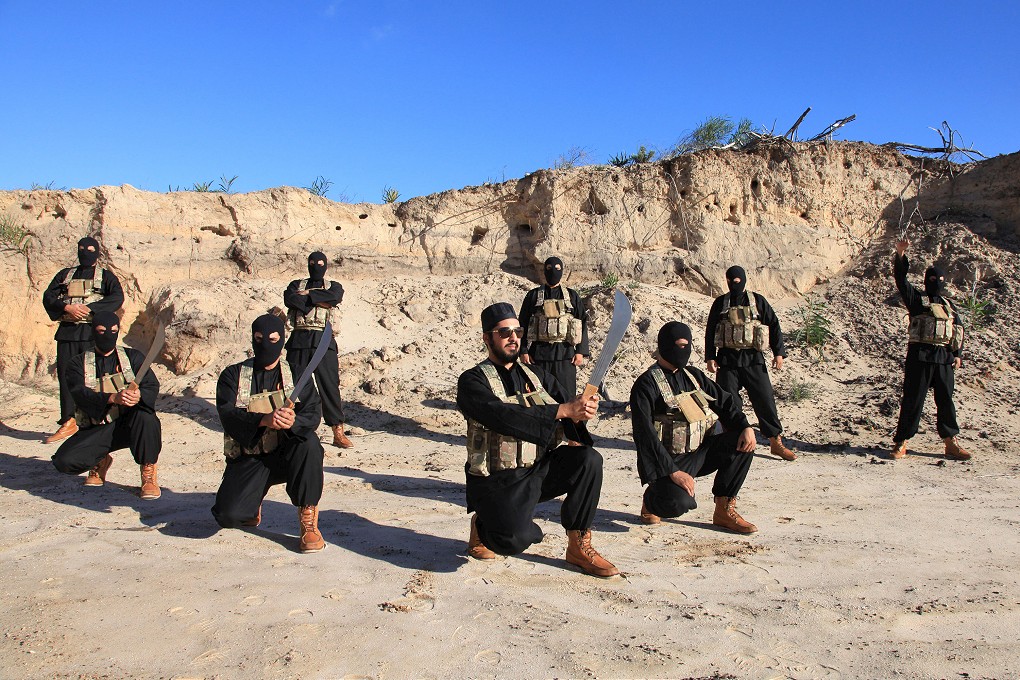 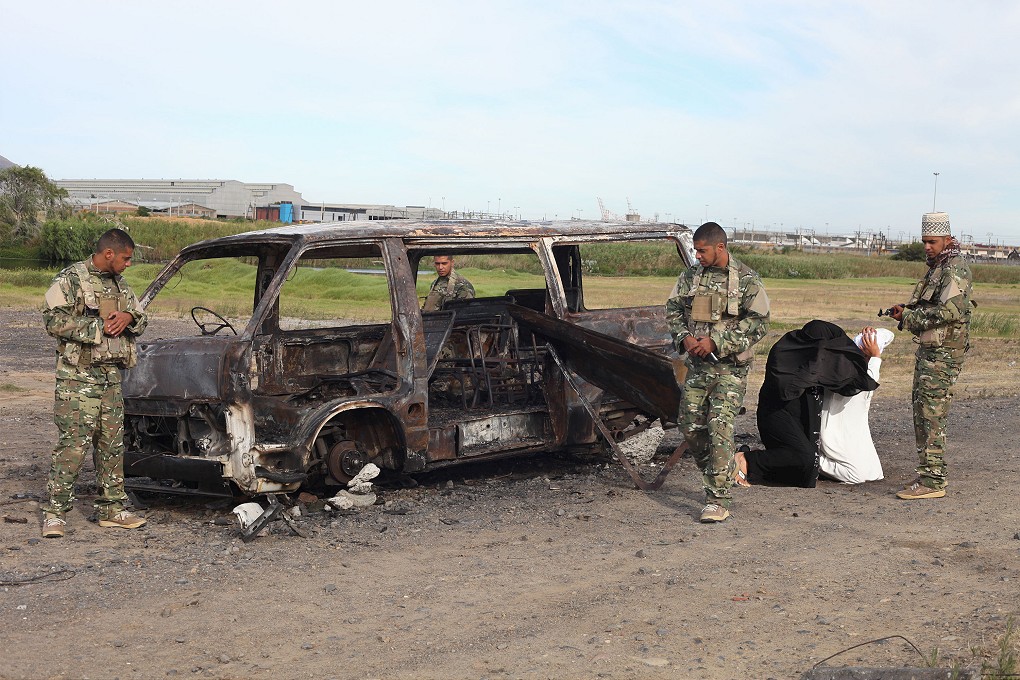 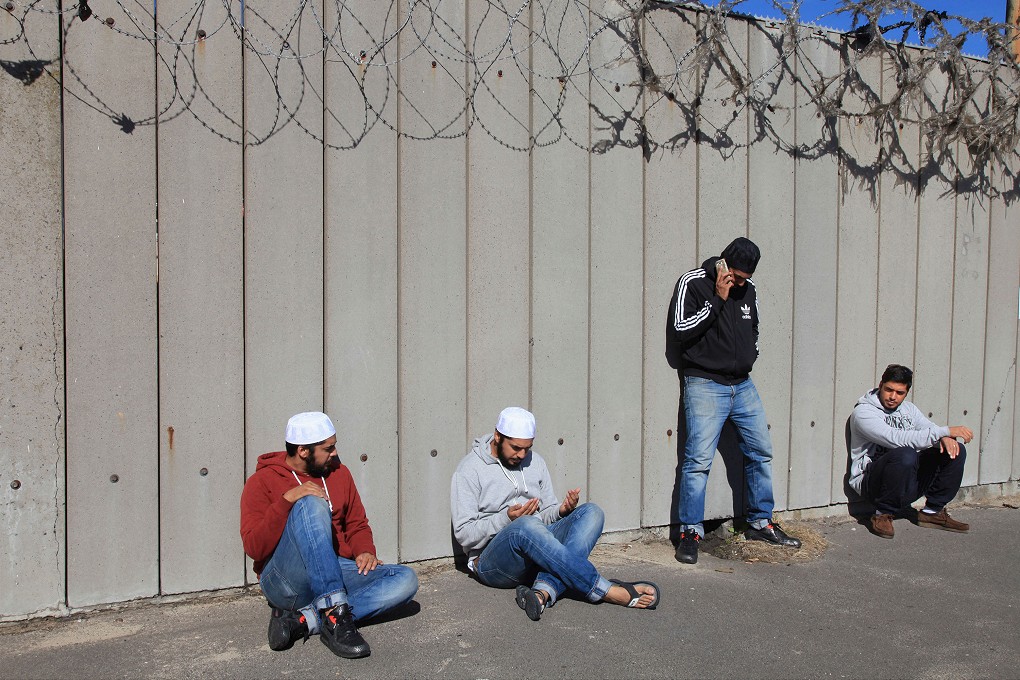 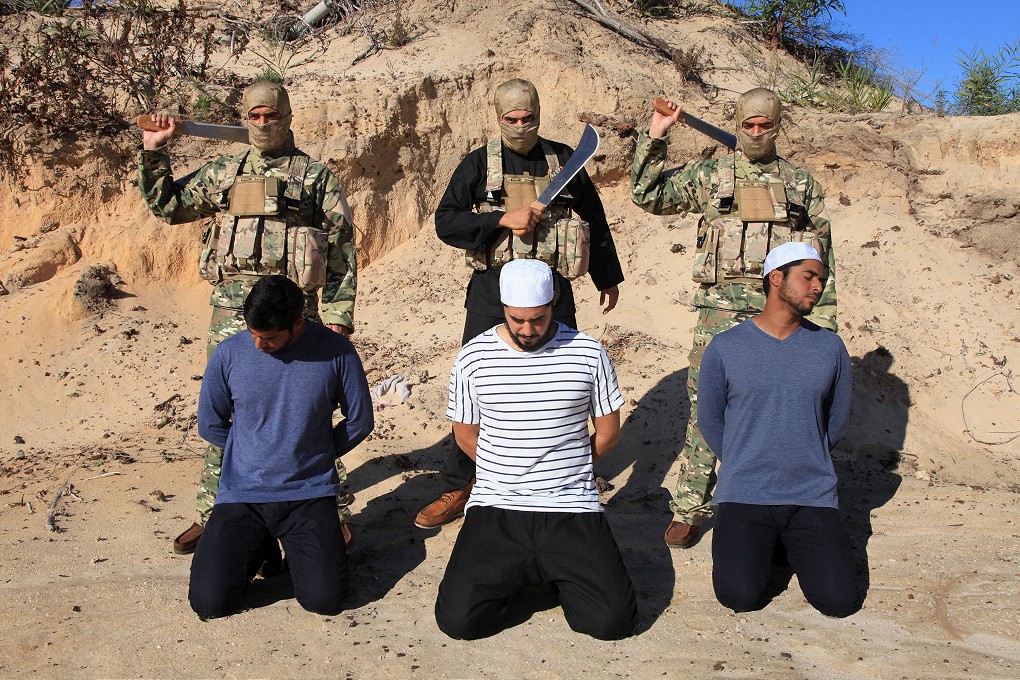 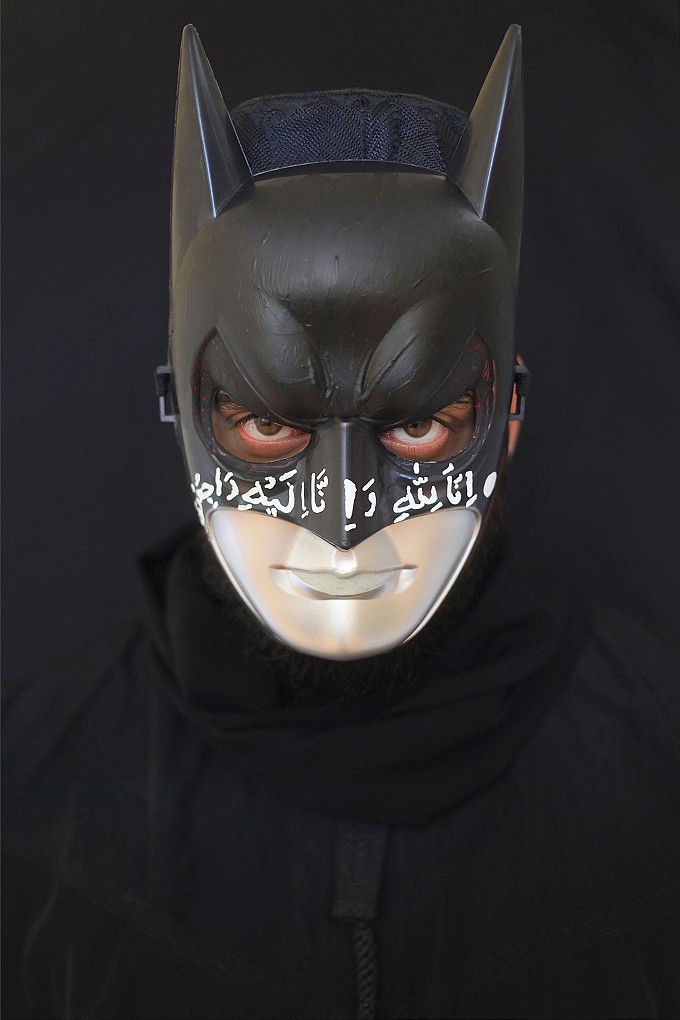 From the perspective of young Muslims living in the Islamic diaspora, the Essops have produced new works that investigate mainstream media representations of the refugee crisis according to the perception that there is increasing misunderstanding and fear of Islam in the secular world.

The exhibition poses the question: ‘what constitutes refuge?’, presenting new works – photographs, sculptural installations and video – which consider the traumas of millions of individuals who have been made into collateral damage as a result of this devastating conflict.

The works also explore the circumstances leading to the ongoing civil war in Syria and juxtapose the destructive propaganda and recruitment tactics of extremist groups like ISIS with the peace and spiritual fulfillment that many find in Islam.

In a series of photographs, the Essops work in their characteristic mode, performing within the frame of the camera to imagine the experiences of people displaced by forces much larger than them. The work also makes a connection with South Africa’s history of forced displacement and the legacies of slavery and colonialism that first brought Islam to the Cape.

This self-reflexive impulse is playfully re-employed in a series of proposed ‘Muslim superheroes’ in which the Essops amalgamate American comic book and action figures with heroes and villains of Islam to question Western assumptions about cultural difference.

Sculptural installations lend a visceral immediacy to events in Syria that are mostly experienced in the abstract via mass media. As a deliberate counterpoint to the propaganda videos of extremist groups, the video filmed in The Holy Kaaba in Mecca gives a glimpse into a moment of deep significance for Muslims all over the world.

Hasan and Husain Essop (b. 1985) live and work in Cape Town. Their work is concerned with the role of the individual in society, particularly through the lens of young Muslims living in a secular environment. They were the recipients of the Standard Bank Young Artist Award for Visual Art in 2014, and the resulting exhibition Unrest has been seen in cities across South Africa as well as in Dubai and Sydney. They have participated in group exhibitions all over the world, including the Havana and Dakar Biennials and the important exhibition Figures and Fictions: Contemporary South African Photography at London’s V&A Museum. Their work forms part of several public collections, including The Walther Collection, The Iziko South African National Gallery and the Deutsche and Standard Bank collections.

Refuge is the Essops’ third solo exhibition at Goodman Gallery.