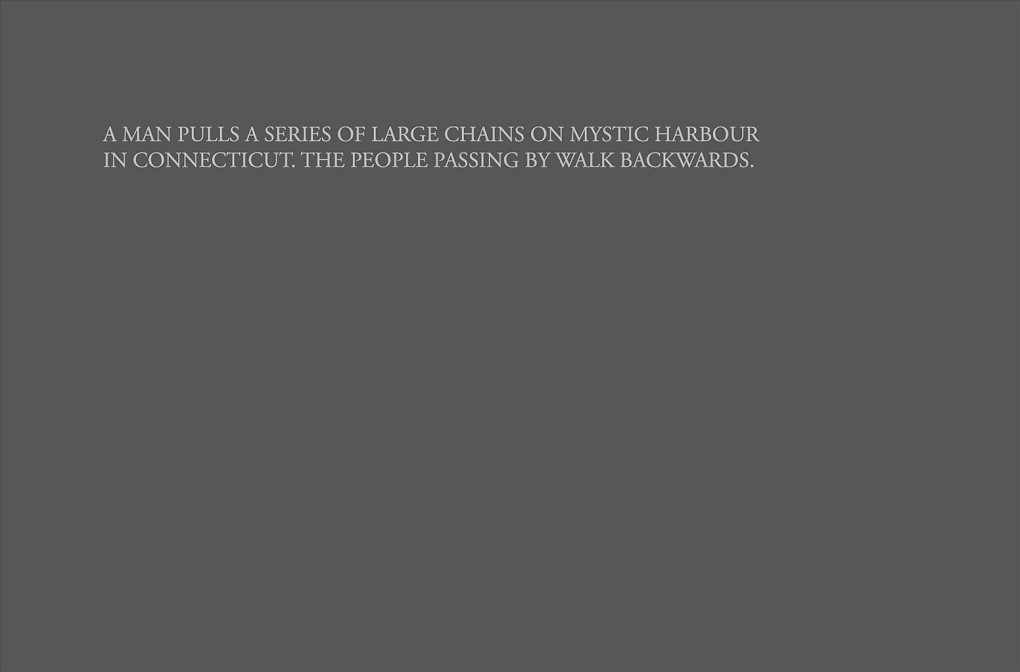 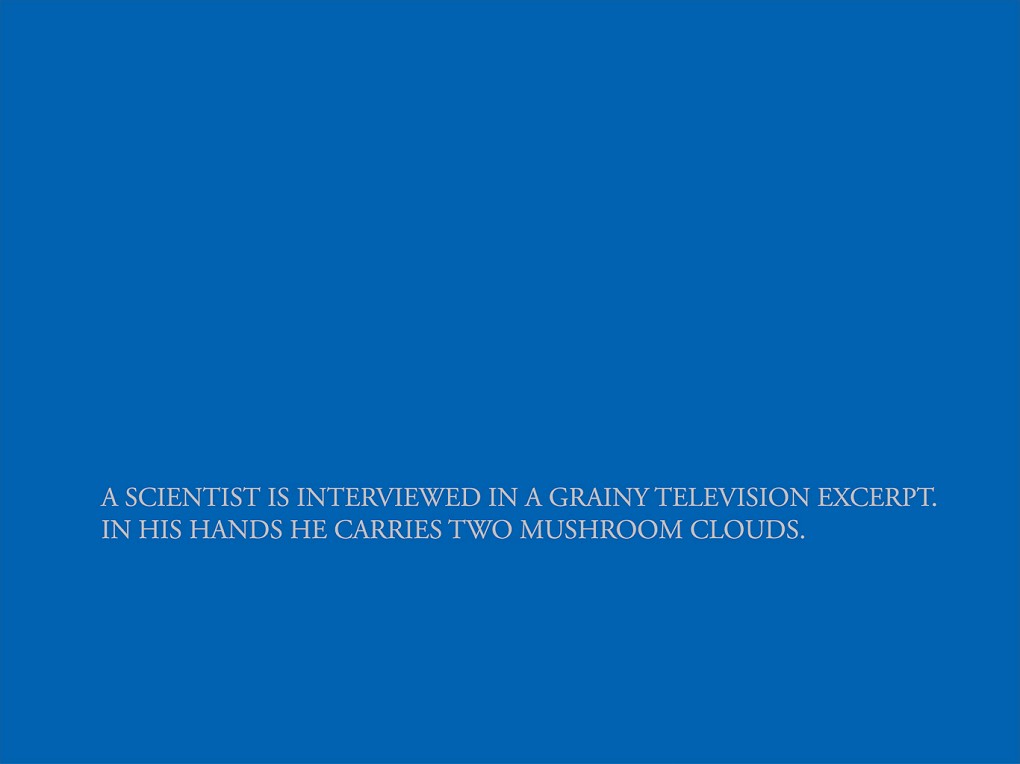 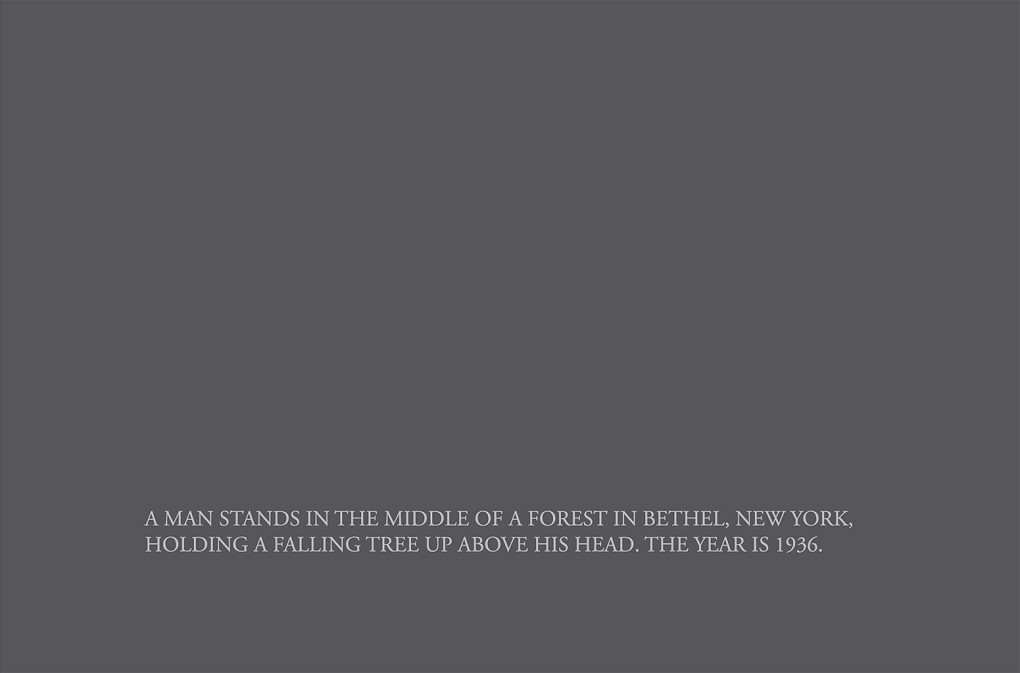 I hold up a tree (synopsis), 2017 Text on variable surface Variable Dimensions 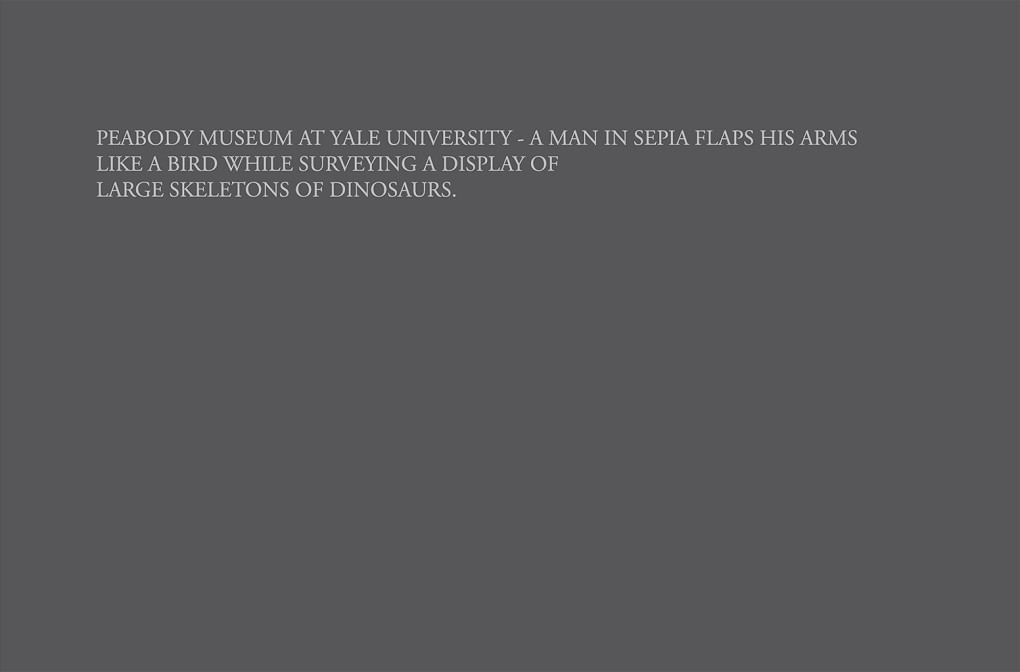 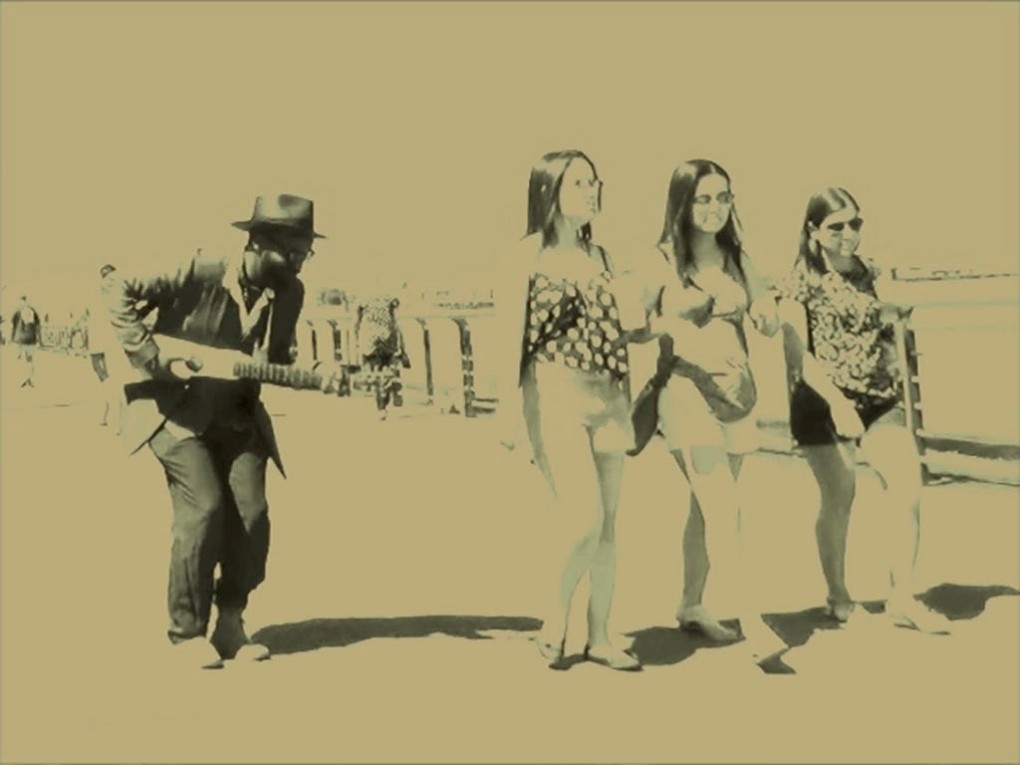 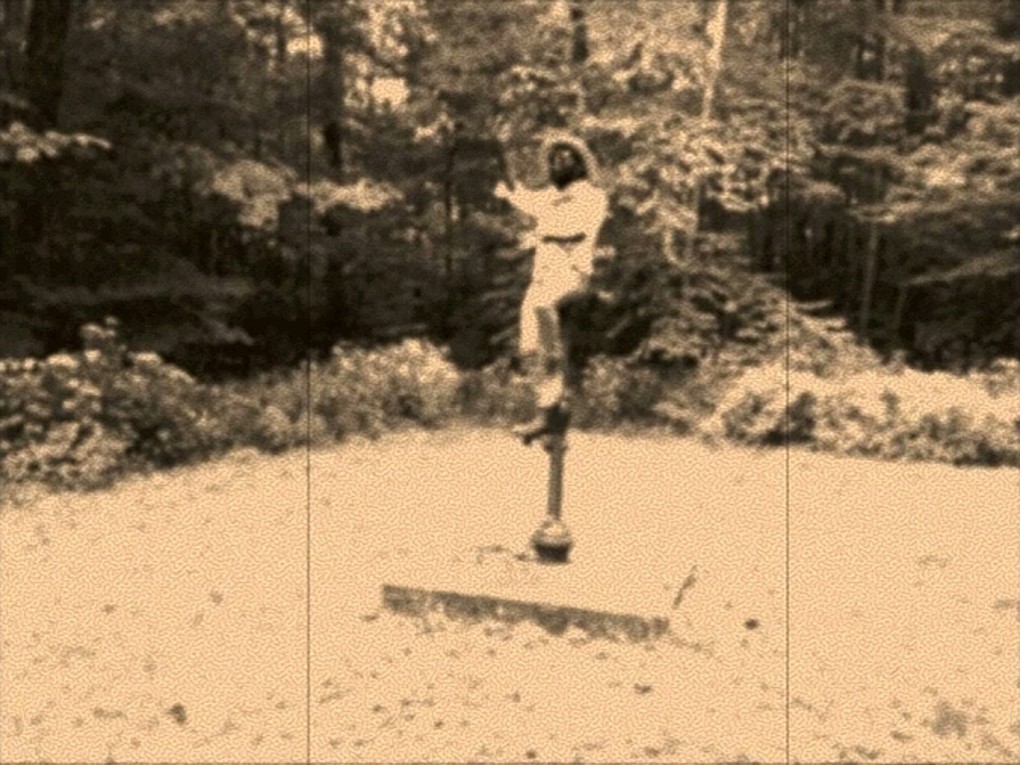 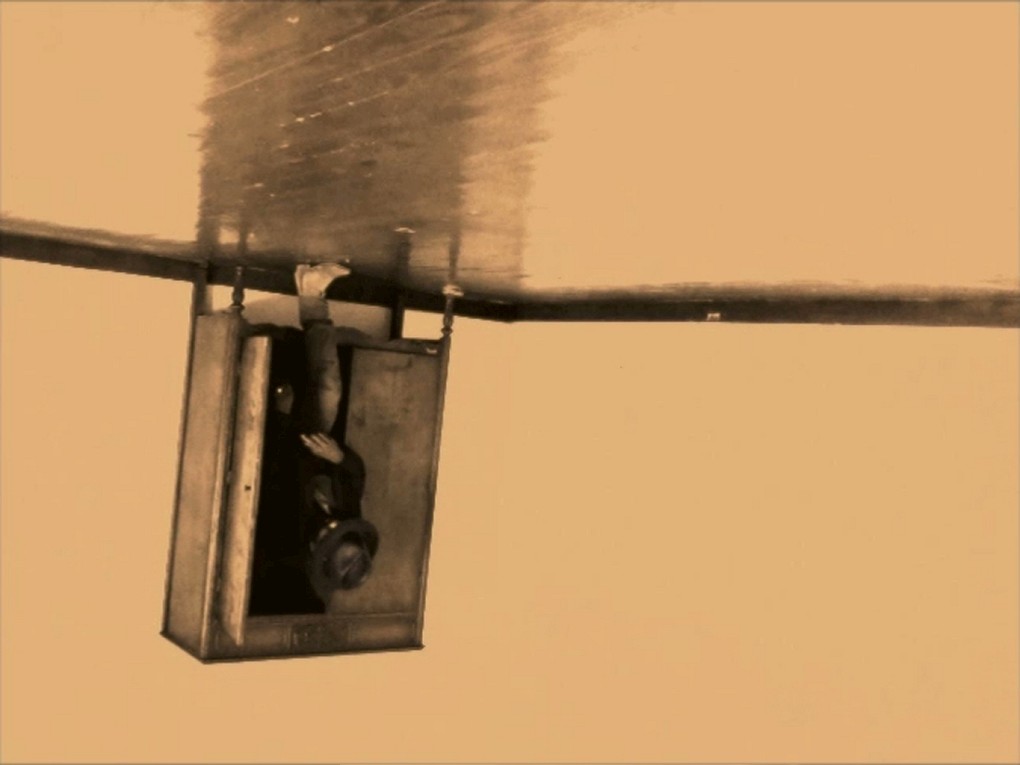 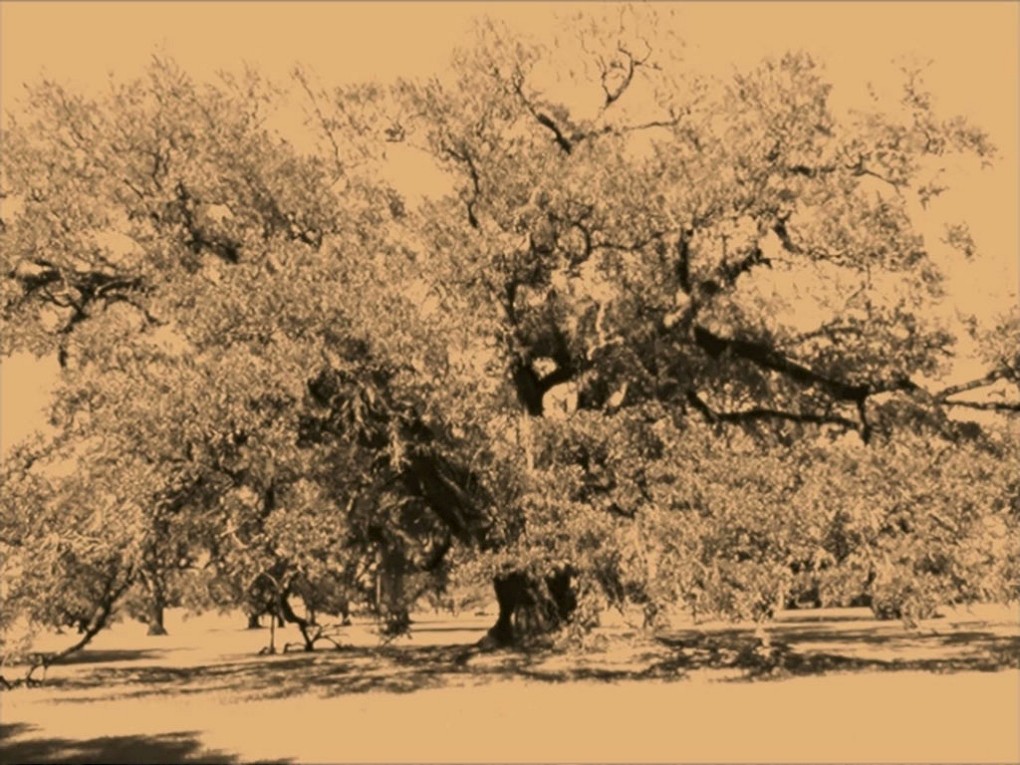 Laughing at the Big Tree on a Slave Plantation, 2017 Digital video (colour and lasered plinth optional) 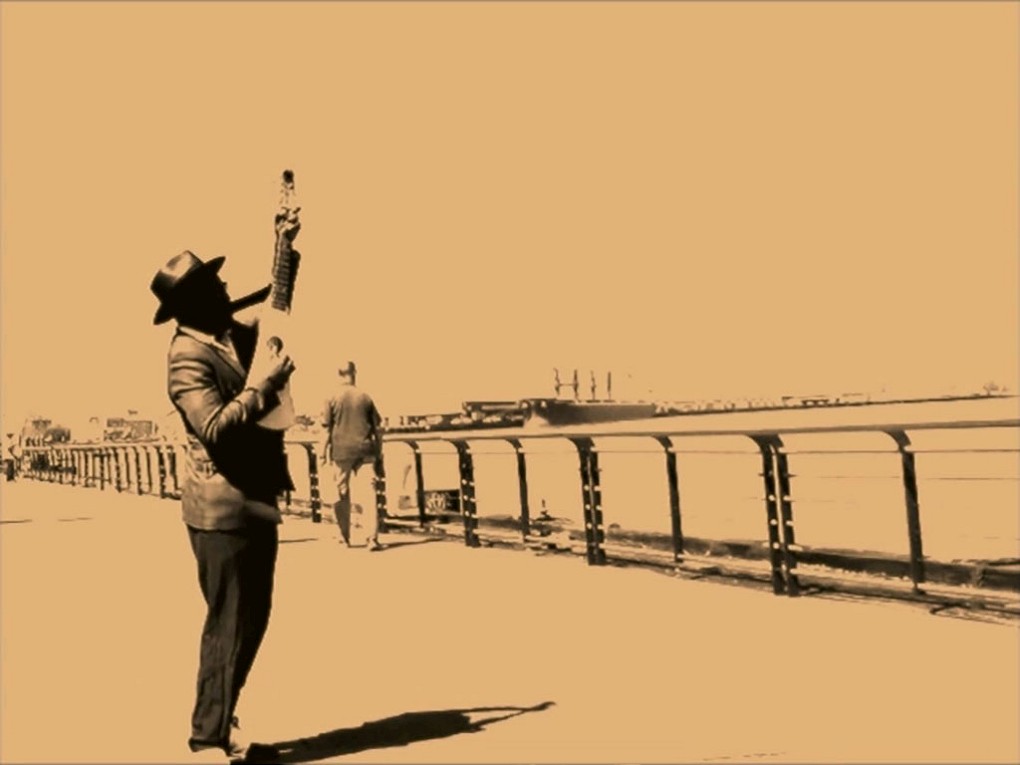 That which is seemingly meaningless and unrecorded by history, will eventually leak out of the woodwork – Samson Kambalu

Ghost Dance marks Samson Kambalu’s first solo exhibition with Goodman Gallery in which the Malawi-born multimedia artist presents a series of new films (dubbed ‘Nyau Cinema’) in the form of a site-specific installation. The exhibition explores concepts of time, ritual and values from an alternative non-Western perspective.

Kambalu’s overall approach to filmmaking is influenced by short, silent and improvised cinema that he experienced growing up in Malawi in the 1980s. The artist grounds his cinematic practice in a Malawian Chewa Gule Wamkulu ritual, known as Nyau – a form of psychogeographical mask-making, which is defined by spontaneity, playfulness and a non-linear approach to time.

The films were made in America in the last three years that included a three-month residency at the Headlands Center of the Arts in San Francisco. They follow a specific set of rules that Kambalu has established as the defining principles of Nyau Cinema*. As the rules dictate, impromptu site-specific interactions with the environment are documented, and, for this body of work, performed by the artist himself.

Kambalu explains the seemingly random encounters recorded in his films as a way of ‘extracting poetry out of nothing – a continued exploration of how we might find meaning in what appears to be meaningless.’

Evoking the myths and histories of the ‘Wild West’ and taking the form of vignettes that last under a minute (as per Rule Number One), the films draw on American Western folklore, Situationist psychogeography, early film and primitive cinema, such as flipbooks and kinetoscopes. They also explore the artist’s relationship between his African heritage and popular American cultures: from vaudeville to jazz and the blues.

The films will be projected onto the gallery walls from stacked Kinetescopic plinths, each engraved with different US postal codes to invoke unstable Western systems for dividing and allocating land. Speaking to the connection he wishes to draw between the seemingly rigid but easily collapsible plinths and the non-Western fluid approach to land that is taken in the films, the artist poetically states that ‘the plinths shake with the excess of history which bleeds from these improvised totems in the form of Nyau cinema’.

Kambalu (b. 1975, Malawi) works with site-specific installation, video, performance and literature. His work is autobiographical and approaches art as an arena for critical thought and sovereign activities. He regards his work as a form of playful dissent that fuses the Nyau gift-giving culture of the Chewa, the anti-reification theories of the Situationist movement and the Protestant tradition of inquiry, criticism and dissent. Kambalu has a studio in London, but will soon be based between the capital and Oxford where he will take up the position of Professor of Fine Art at Ruskin, Oxford University as well as a fellowship at Magdalen College. He studied at the University of Malawi (BA Fine Art and Ethnomusicology, 1995-99); Nottingham Trent University (MA Fine Art, 2002-03) and Chelsea College of Art and Design (PhD, 2011-15). Kambalu has shown his work around the world, including Dakar Biennale (2014, 2016), Tokyo International Art Festival (2009) and the Liverpool Biennial (2004, 2016). He has won research fellowships with Yale University and Smithsonian Institution and was included in All the World’s Futures, Venice Biennale 2015.

1. Nyau film must be conceived as a clip no longer than a minute.

2. Performance should be spontaneous and site/specific to found architecture, landscape, or object.

3. There must always be a conversation between performance and the medium of film.

5. Costume must be from everyday life.

6. Acting must be subtle but otherworldly, transgressive, and playful.

7. Editing must be limited to the aesthetics of primitive film and silent cinema.

8. Audio must be used sparingly, otherwise it must be performed live at film screenings.

9. Screening of a Nyau film must be in specially designed cinema booths or improvised cinema installations that complement the spirit of the films.

Samson Kambalu is an artist and writer working in a variety of media, including site-specific installation, video, performance and literature. His work is autobiographical and approaches art as an arena for critical thought and sovereign activities. Born in Malawi, Kambalu’s work fuses aspects of the Nyau gift-giving culture of the Chewa, the anti-reification theories of the Situationist movement and the Protestant tradition of inquiry, criticism and dissent. He has been featured in major exhibitions and projects worldwide, including the Dakar Biennale (2014, 2016), Tokyo International Art Festival (2009) and the Liverpool Biennial (2004, 2016). He was included in All the World’s Futures, Venice Biennale 2015, curated by Okwui Enwezor. More recently Kambalu was the Malawi Cultural Consultant for the film The Boy Who Harnessed the Wind and translated the script into Chichewa. He also was included on the 2019 Dallas Medianale.