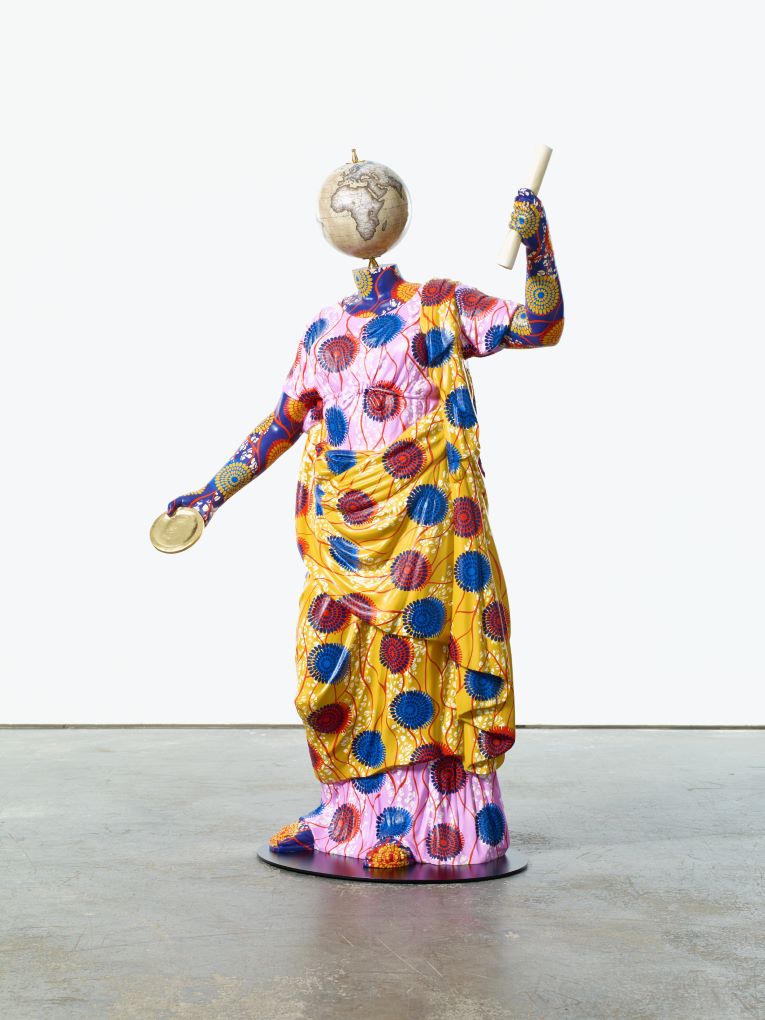 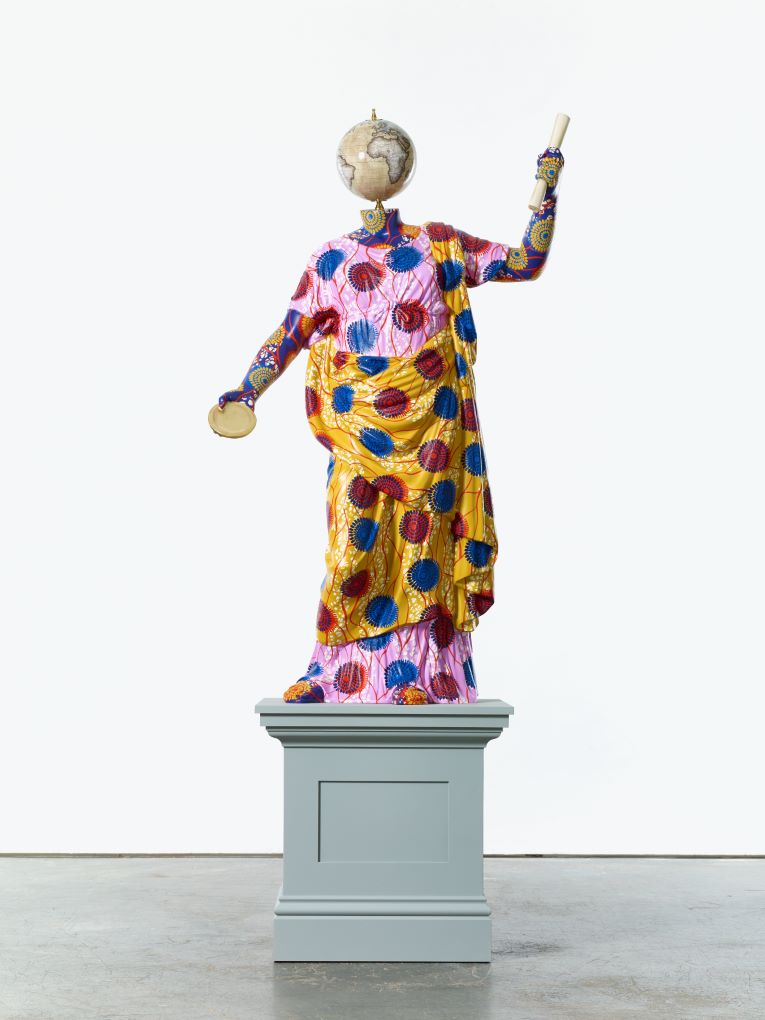 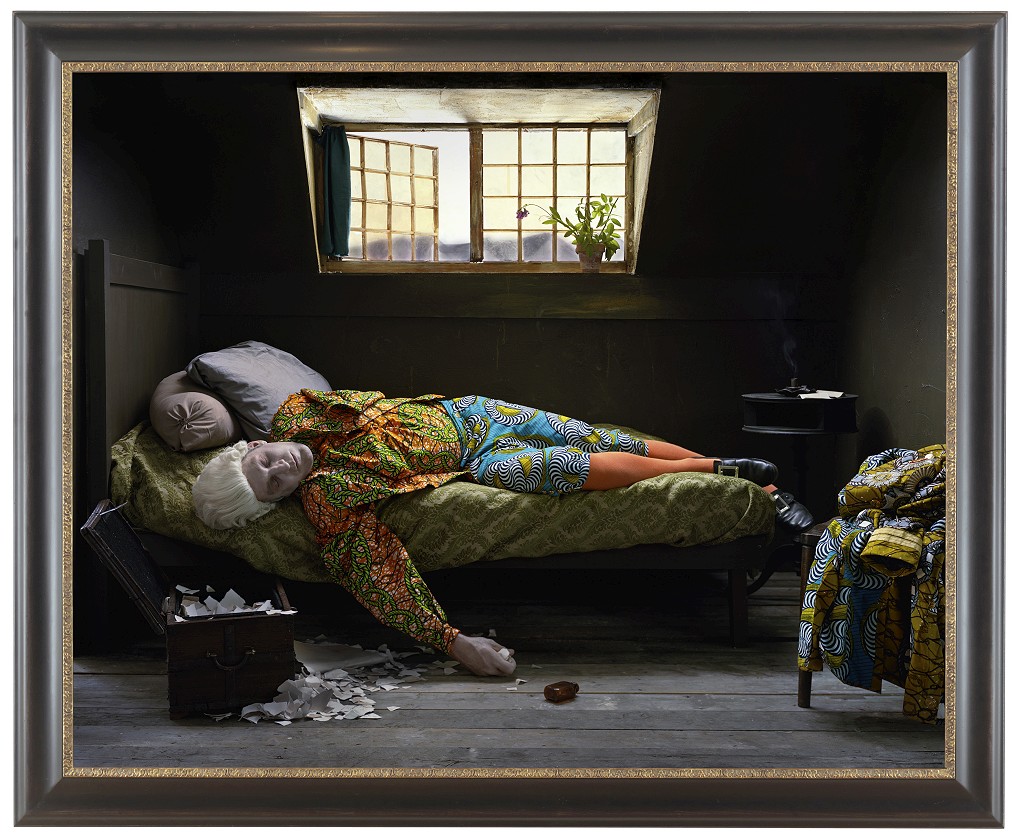 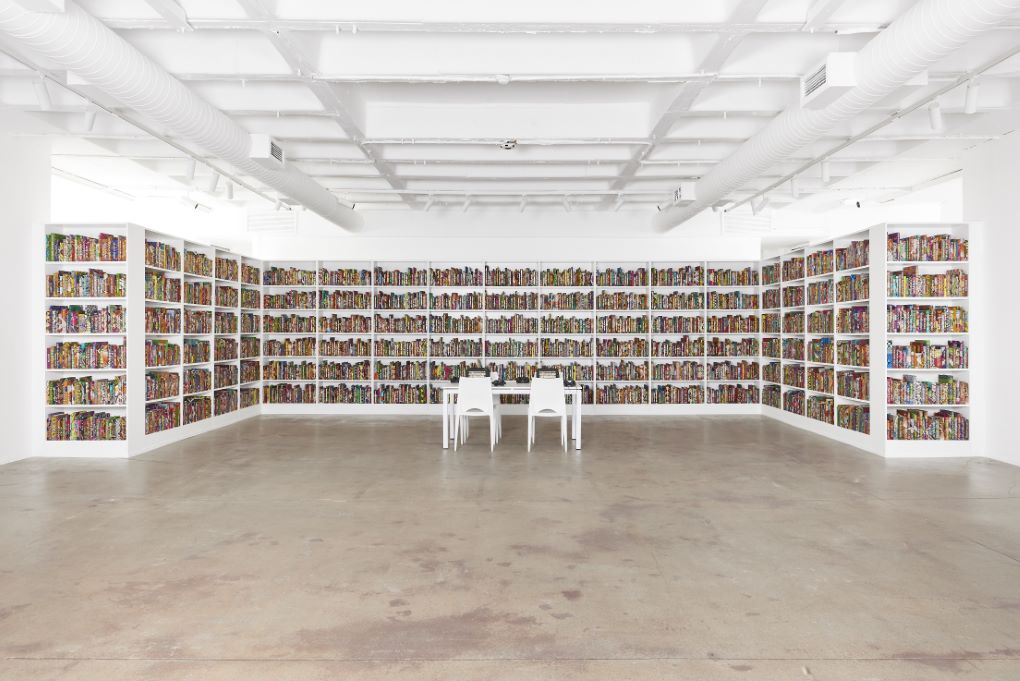 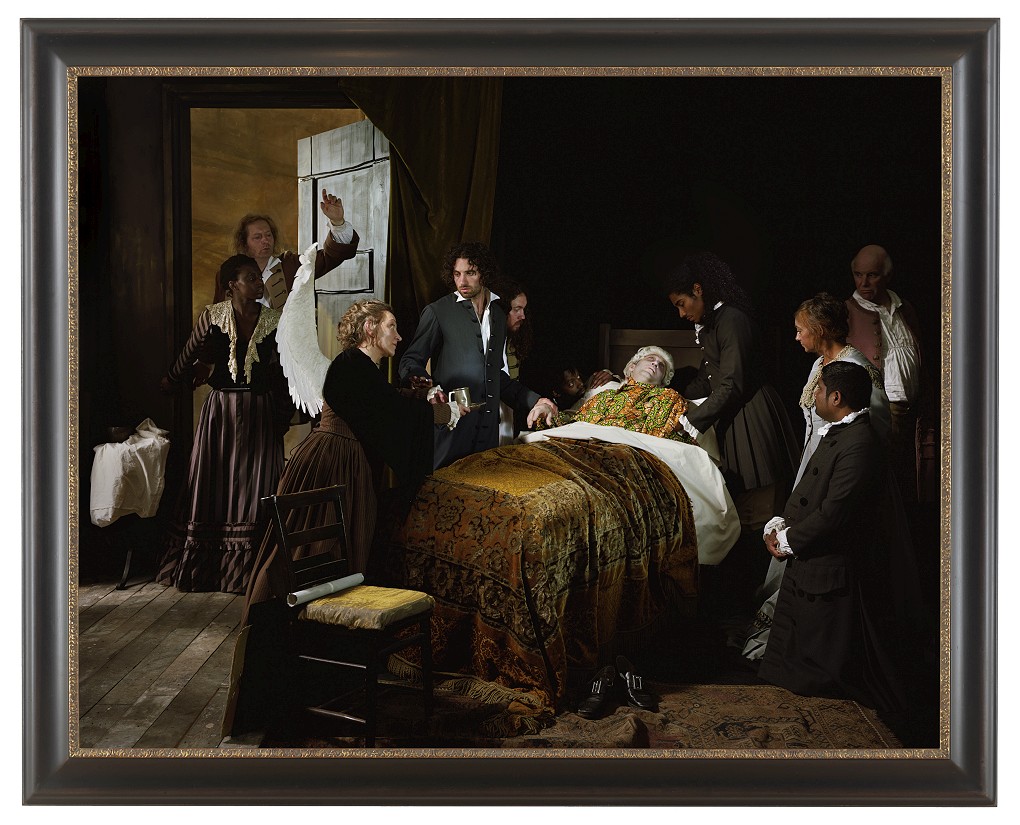 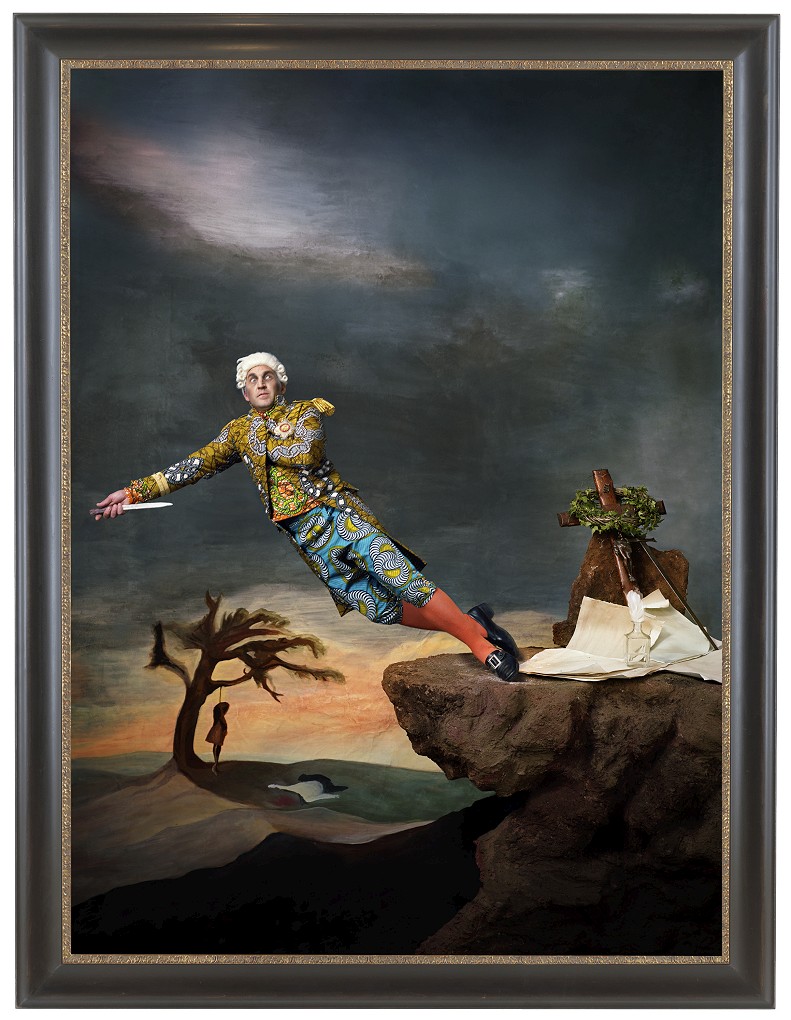 Julio-Claudian, A Marble Torso of Emperor

What I do is create a kind of mongrel. In reality most people’s cultures have evolved out of this mongrelisation, but people don’t acknowledge that.
– Yinka Shonibare MBE

For Yinka Shonibare’s second solo exhibition in Africa and his first on the continent in fifteen years, the British-Nigerian artist presents Ruins Decorated – a new body of work which sparks a state of charged curiosity.

Can an historically dominant culture ever empathise with another culture?

What happens then when former subjects of the British Empire become cultural hybrids themselves?

To what culture do they show allegiance?

Can the hybridisation of icons of power be the solution to breaking down binaries required by dictatorship and prejudice?

Through beguiling sculptures, staged photographs and paintings, film and installation, Shonibare considers narratives of power and reinvention in relation to the rise and fall of western empires and the struggles for African Independence.

Part one of the exhibition presents ruined historical symbols of Roman and British Empires embellished in Dutch wax Batik / ‘African’ textiles. Shonibare transforms the classical white marble body into colourful sculptures – the decoration of power in the wrong colours.

‘Some might say the right colours, as the original classical sculptures would have been painted in bright colours’, Shonibare points out. ‘That is before Johann Winchelmann, the 19th century historian, created his fallacy of the superiority of the white classical marble sculpture’.

Can the seemingly ruined be remade in the inclusive colours of the excluded?

Can the power of collusion and hybridisation create a third ideal which transcends prejudice?

This exploration of hyphenated or ‘mongrelised’ selves prompts ways for expanding dialogues on cultural ‘appropriation’, teasing out possibilities for re-imagining modern African identities that complicate essentialist constructs of race and nationality.

Part two of Ruins Decorated juxtaposes Addio Del Passato (2011), a film about a colonial hero’s betrayal of his wife and his eventual decline, alongside a series of photographs in which Admiral Nelson’s death is re-imagined through the depiction of death in historical paintings. Nelson’s demise is re-enacted and his image (donning a uniform made out of ‘African’ textiles) is transformed through its decoration.

Part three – the sculpture Post-Colonial Globe Man – presents a man wearing Victorian clothes made out of another variation of ‘African’ pattern, balancing precariously on a large globe. The globe shows a map of the British Empire before the first world war. The man’s head is replaced with another globe, depicting a post-colonial map of the world as it is known today.

Part four, The African Library, considers the contributions of people like Kwame Nkrumah and Nelson Mandela to African independence struggles following the second world war. For this installation, 5000 books have been covered in ‘African’ textiles and bear the names of post-independence African presidents and famous Africans in literature, science, music, art, engineering and theatre as well as pro-African Europeans. The African Library is to be presented in this iteration for the first time.

Ruins Decorated is Shonibare’s first solo exhibition with Goodman Gallery. While the exhibition marks a rare moment of visibility for the artist on the African continent, it also forms part of an increasing momentum to engage with Shonibare’s practice in South Africa, following Addio Del Passato on Zeitz MOCAA’s inaugural exhibition in 2017 and soon to be followed by the Norval Foundation’s exhibition of Wind Sculpture (SG) III in February 2019.

Yinka Shonibare MBE is one of few people of African descent to be decorated as a ‘Member of the Most Excellent Order of the British Empire’, which he officially attaches to his name – a decision which writer Jeffrey Kastner describes as ‘a wry acknowledgement of his own state of perpetual betweenness’.

Shonibare was born in London in 1962 and moved to Lagos, Nigeria at age three. He returned to London to study Fine Art at Byam Shaw School of Art (now Central Saint Martins College) and at Goldsmiths College, where he received his MFA. In 2004 he was nominated for the Turner Prize.

Over the past decade, Shonibare has become known for his exploration of colonialism and post-colonialism within the contemporary context of globalization. Working in painting, sculpture, photography, film and installation, his work examines race, class and the construction of cultural identity through sharp political commentary of the tangled interrelationship between Africa and Europe and their respective economic and political histories.