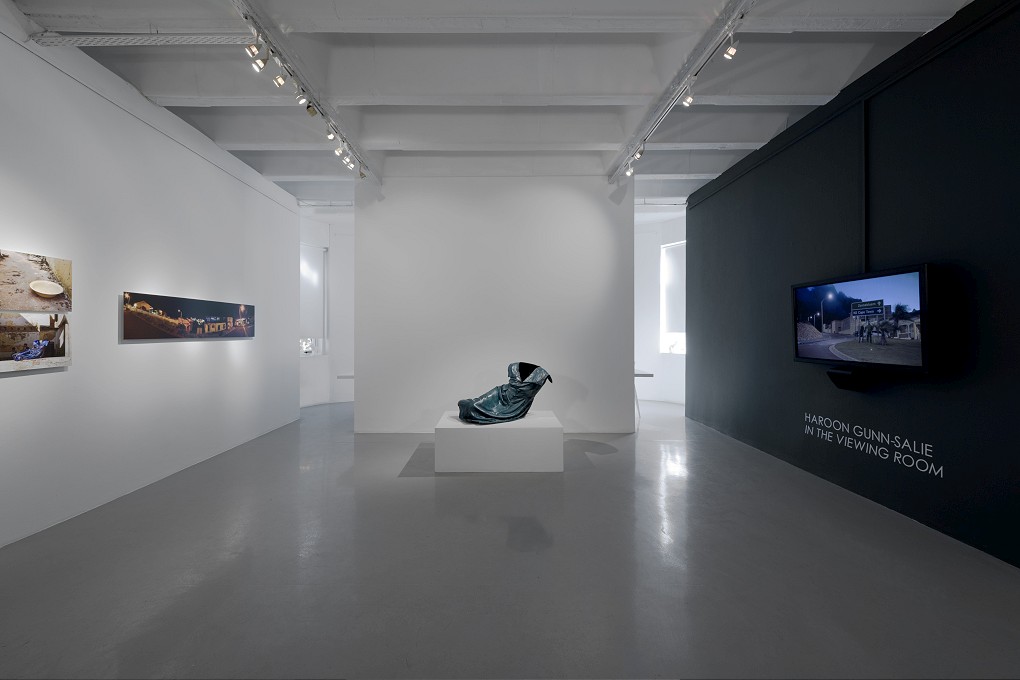 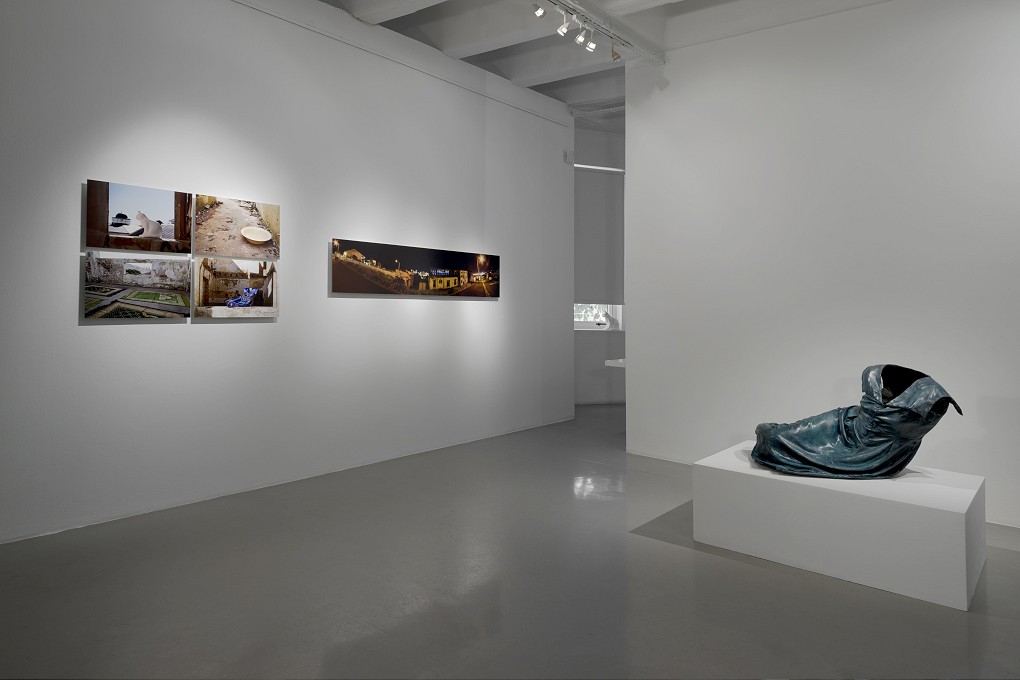 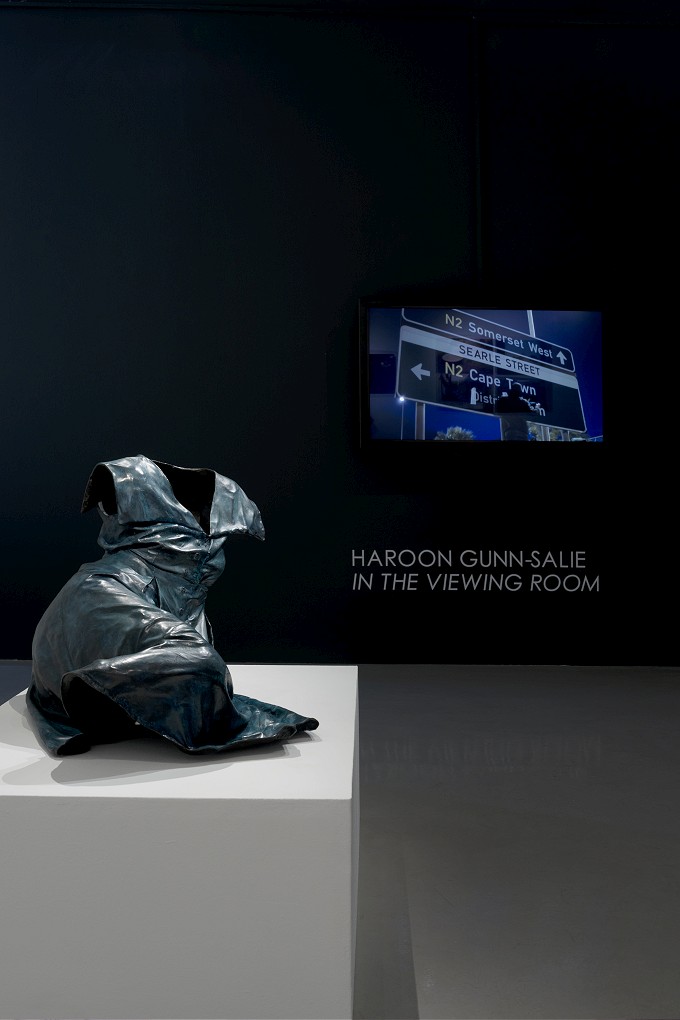 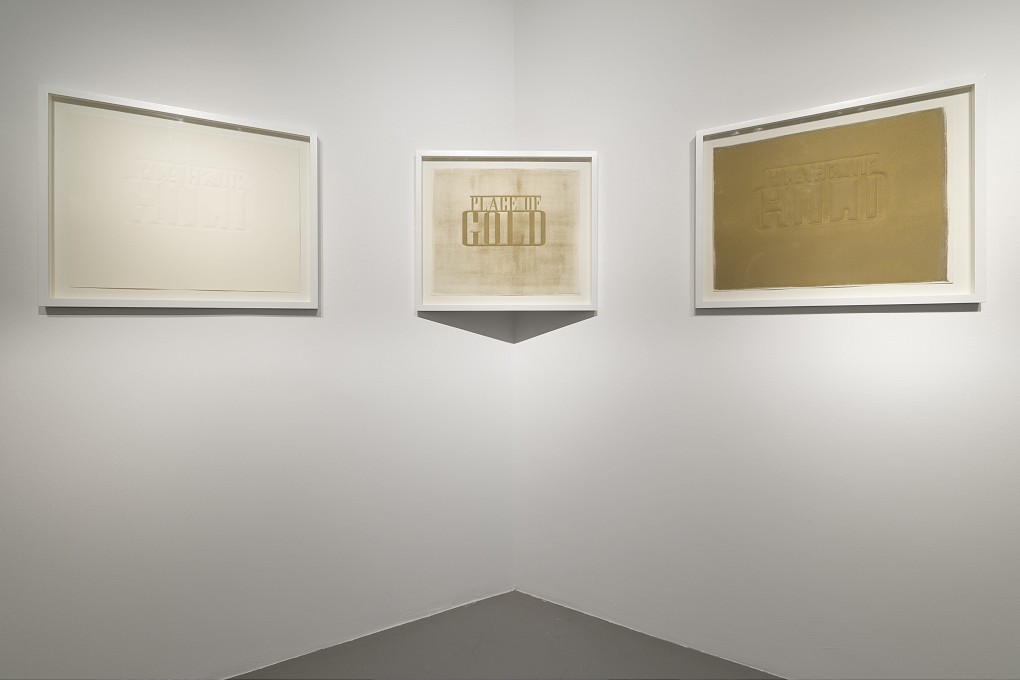 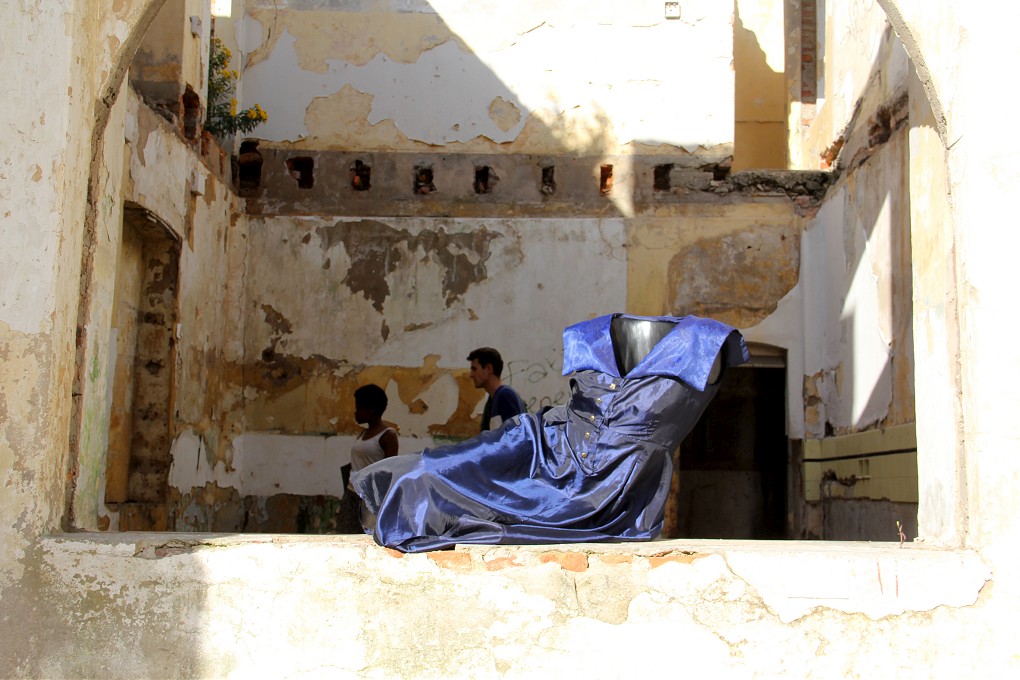 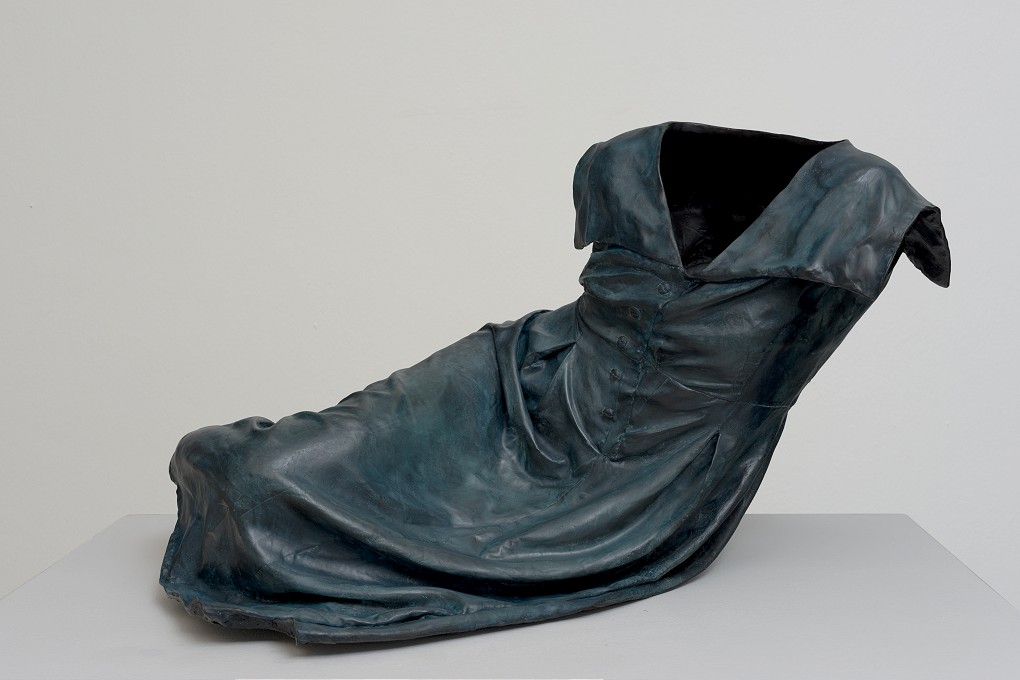 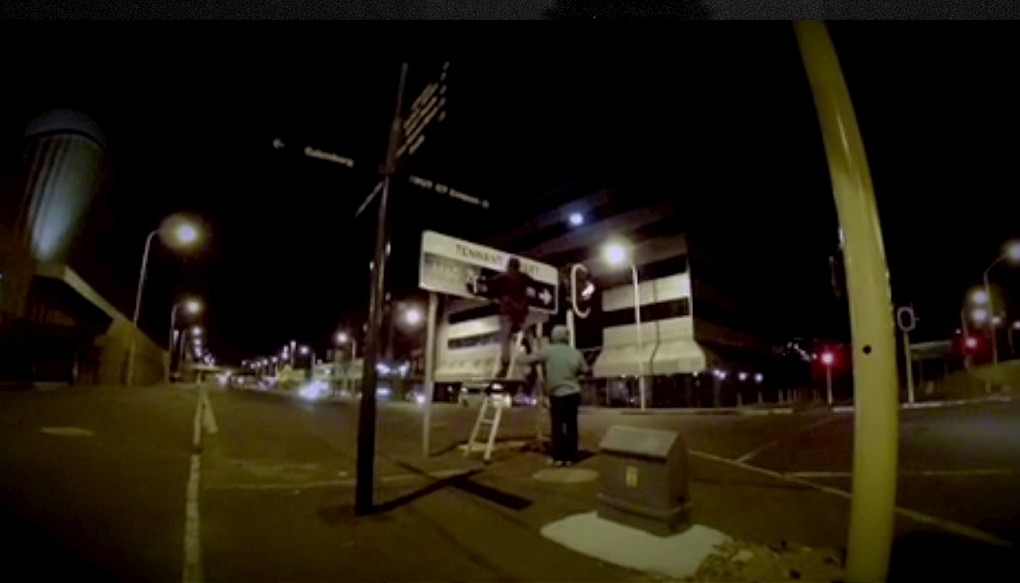 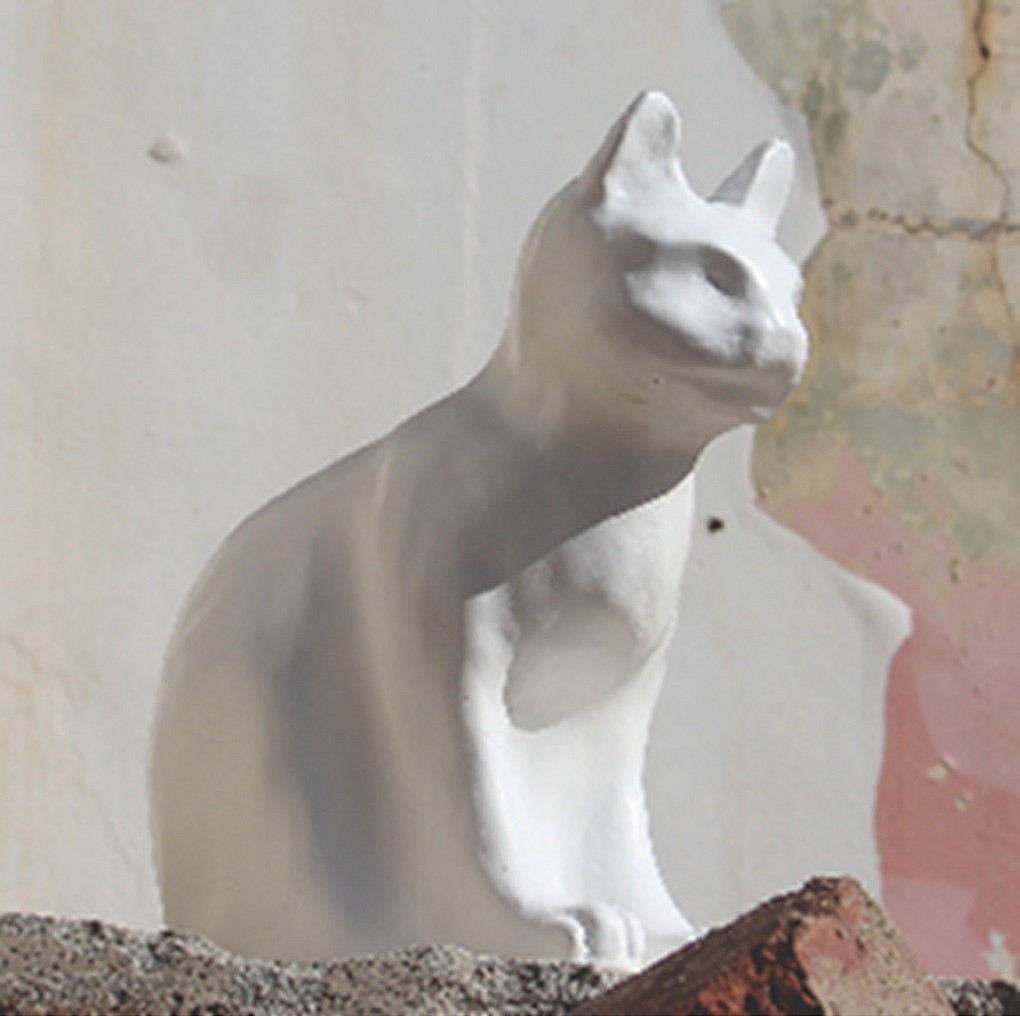 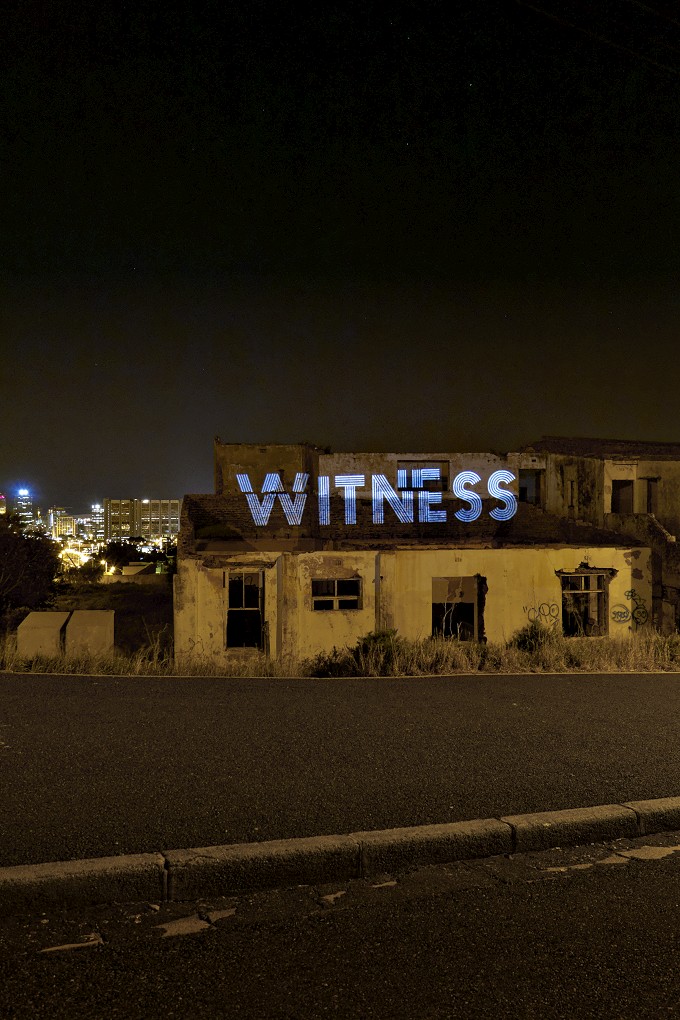 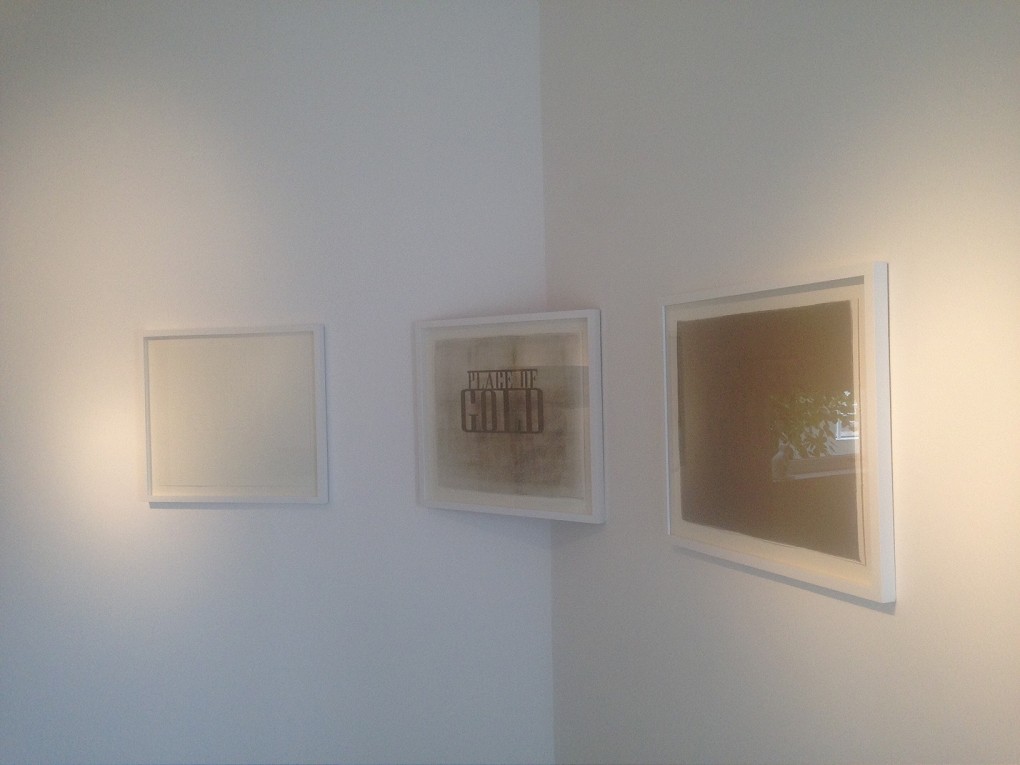 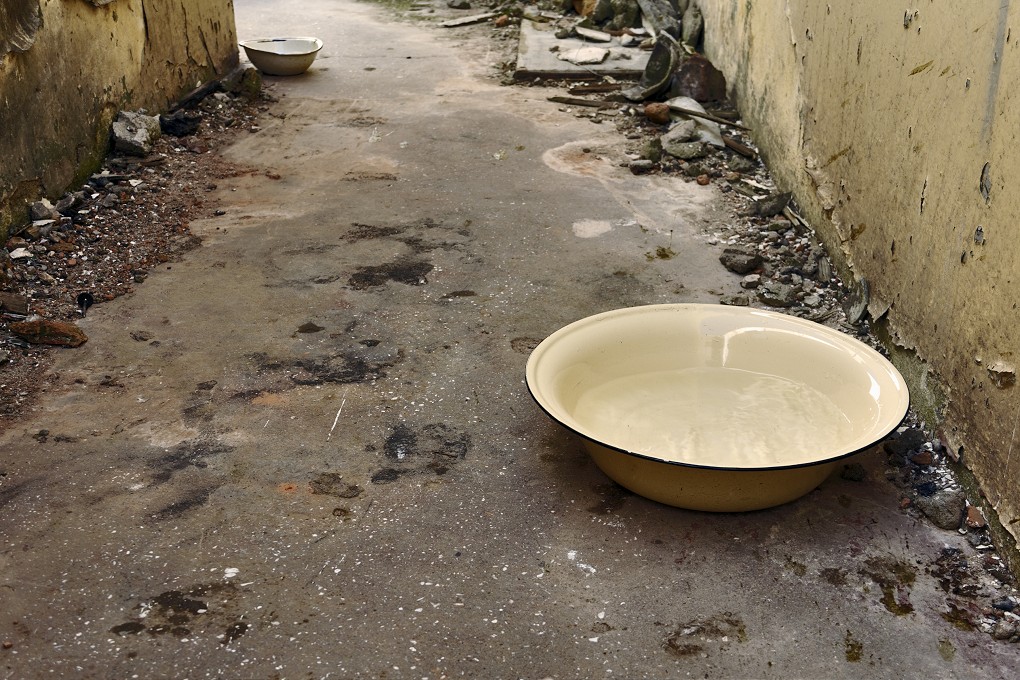 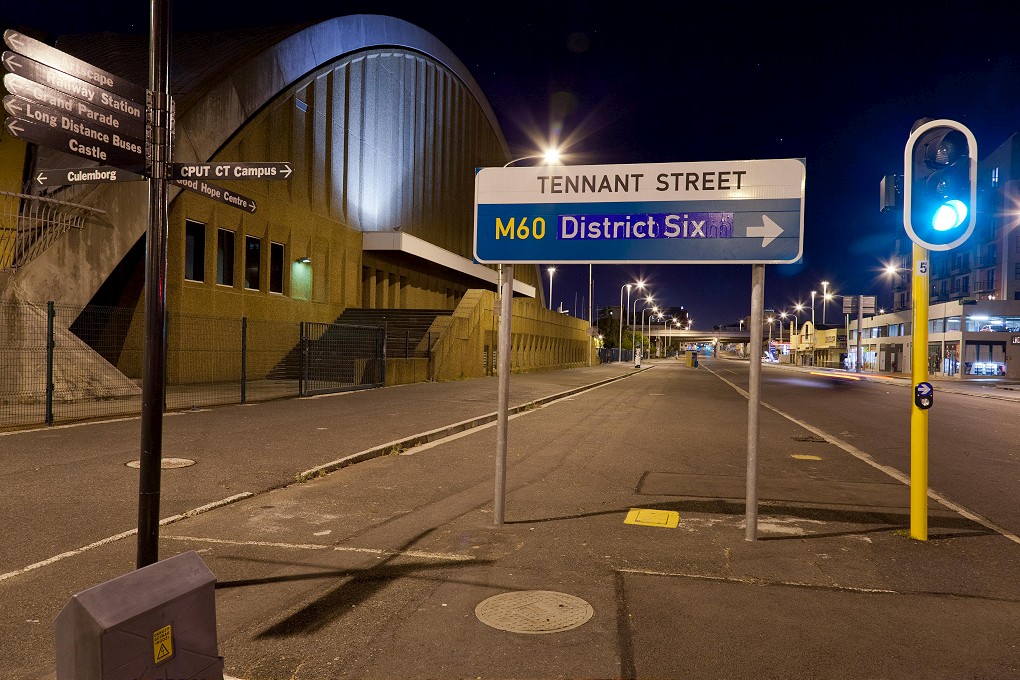 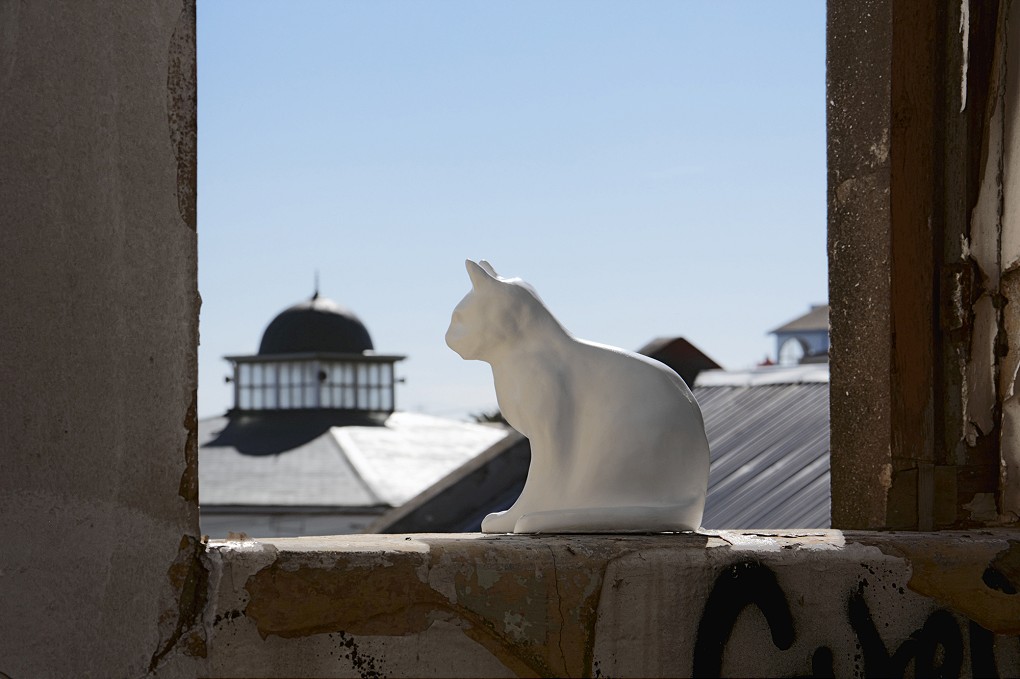 One Day My Kittens Will Return

One day my kittens will return

In our first Viewing Room show of the year, Goodman Gallery Johannesburg presents work from three different yet interlinked series by Haroon Gunn-Salie – Place of Gold, Witness and Zonnebloem Renamed – exploring the fractured urban landscapes of Johannesburg and Cape Town. All three projects confront this legacy of inner-city fragmentation, while simultaneously pointing out the artifice or socio-political conflict often inherent in urban redevelopment. Gunn-Salie recalls what urbanist AbdouMaliq Simone terms “the right to the city”, which suggests “the divergent composition of the city itself, its movements towards decline and ascendancy, its varied juxtaposition of planning and improvisation, of business and residence, of security and insecurity.”

A series that confronts both the history and current development of Johannesburg as a major metropolis, Place of Gold was initiated by Gunn-Salie as part of a residency in the Maboneng Precinct in the inner city. “Fencing and hardedge permanent measures to hem oneself in and to keep others out, is very much an aesthetic that South Africans are used to,” explains Gunn-Salie in an interview conducted with Simon Castets and Hans Ulrich Obrist. Yet in this new development, Gunn-Salie points out a veneer of gloss and untroubled sense of safety. “In the Maboneng Precinct there are no palisade fences, no burglar bars… Place of Gold is really pointing at the irony of the promise of a better life, where the moment in the gentrified city becomes very similar to the moment in the historical city… Johannesburg was built on migrant labour and on the promise that moving from rural South Africa to urban Johannesburg brought with it prosperity and riches. This was not the case, as more than 90% of the people that came to Johannesburg ended up living in dormitory suburbs in appalling conditions with absolutely no labour rights.” Gunn-Salie ties this chronicle of migration into the contemporary gentrification of the area, where minutes away persists the deep legacy of abject poverty, with the shadow of the city’s mine dumps hovering in the distance.

Shifting from relocation to dislocation, two projects based in Cape Town – Witness and Zonnebloem Renamed – both focus on one of the most iconic sites of forced removal in South Africa: District Six. Known for its closely-knit, multi-cultural community, District Six was demolished by apartheid decree when it was declared ‘whites only’ under the Group Areas Act in 1968. Residents were dumped in drab, racially divided dormitory townships on the sandy wastes of the Cape Flats, which rapidly degenerated into gang, alcohol and drug-infested dust bowls of poverty. Gunn-Salie explores the past and future of this site in central Cape Town. Since it was bulldozed, the District has remained empty for the most part and has the potential to become a living memorial with the process of restitution. Yet Cape Town based urban practitioners Lucien le Grange and Nisa Mammon refer to threats to restitution, such as absence of political will and looming interests of speculative development. Le Grange and Mammon explore the idea of sustainability as a trap, contesting the notion that there are basic common interests within sustainability that will resolve issues such as poverty, exploitation, congestion, ugliness and homelessness. Rather, urban development is conflict-laden, which is highly evident in the case of District Six – an area precious both in real estate and historical terms.

These still unresolved issues of land compensation in the area are at the heart of Gunn-Salie’s Witness series, which began in 2011 as a site-specific exhibition in collaboration with District Six residents. In the first installment of the project, Gunn-Salie used a derelict house on the periphery of District Six, which has since been demolished, to host a series of installations and interventions. The exhibition space, built in 1930, was “witness” to the demolition of District Six, hence the title of the series. In November 2013, the Witness series continued as part of the Gordon Institute for Performing and Creative Arts Land conference at a home in phase two of the District Six redevelopment programme allocated to a family of land restitution claimants. During the time of the conference, Gunn-Salie also staged the site-specific artwork Zonnebloem Renamed. He executed this series of temporary “artworks” by changing the “Zonnebloem” road signs in central Cape Town to read “District Six”. When the residents of District Six were forcibly removed, the government officially renamed the area Zonnebloem, which still remains its official name. Zonnebloem Renamed opens up a dialogue about District Six as both a place and an idea, and the contemporary politics surrounding this site; months after Gunn-Salie carried out the intervention, the authorities have yet to restore the signs back to read “Zonnebloem”. The Viewing Room show presents documentation of these temporary situations set up by Gunn-Salie, which refer to his history as a graffiti artist and his response to the bylaw banning all forms of public art. In both series this documented transience is a statement about memorialisation and intervention. Also included on the show is sculptural work conceptualised in collaboration with ex-residents of District Six, offering an inverse quality of memorial solidity and permanence. These include sculptures made in collaboration with Fasia Adams, titled One day my kittens will return, suggesting the multitude of families yet to receive compensation; and a new incarnation of a work made with Susan Lewis, titled Sunday Best, signifying the loss of her proud Sunday promenades in the city centre after she was forcibly removed.

Haroon Gunn-Salie (b. 1989, Cape Town) translates community oral histories into artistic interventions and installations. His multidisciplinary practice utilises a variety of mediums, drawing focus to forms of collaboration in contemporary art based on dialogue and exchange. Gunn-Salie completed his BA Honours in sculpture at Michaelis School of Fine Art at the University of Cape Town in 2012, where his graduate exhibition titled Witness presented a site-specific body of work focusing on still unresolved issues of forced removals under apartheid. The artist worked with veteran residents of District Six, an area in central Cape Town where widespread forced removals occurred following the Group Areas Act of 1950.

Significant exhibitions and projects that have featured Gunn-Salie’s work include: Simon Castets and Hans Ulrich Obrist’s 89-plus project, for which he participated in the 89plus programme with Obrist at the 2014 Design Indaba in Cape Town; Making Africa: A Continent of Contemporary Design, which travelled to the Vitra Design Museum and Guggenheim Museum Bilbao (2015); What Remains is Tomorrow, the South African Pavilion at La Biennale di Venezia (2015); and the 19º Festival de Arte Contemporânea Sesc Videobrasil (2015).

Gunn-Salie was placed in the top five of the Sasol new signatures competition in 2013. At the 19º Festival de Arte Contemporânea Sesc Videobrasil in 2015 he was awarded the first ever SP-Arte/Videobrasil prize, designed to encourage and publicise the work of young artists whose lines of research focus on the debate surrounding the Global South. As part of the award, Gunn-Salie presented a solo exhibition at Galpão VB during the SP-Arte fair in São Paulo in 2016. In 2018, the artist’s work commemorating the Marikana Massacre, Senzenina, formed part of the Frieze Sculpture exhibition, London, and in the same year he was the recipient of the FNB Art Prize.

Haroon Gunn-Salie is currently based between Cape Town and Johannesburg.