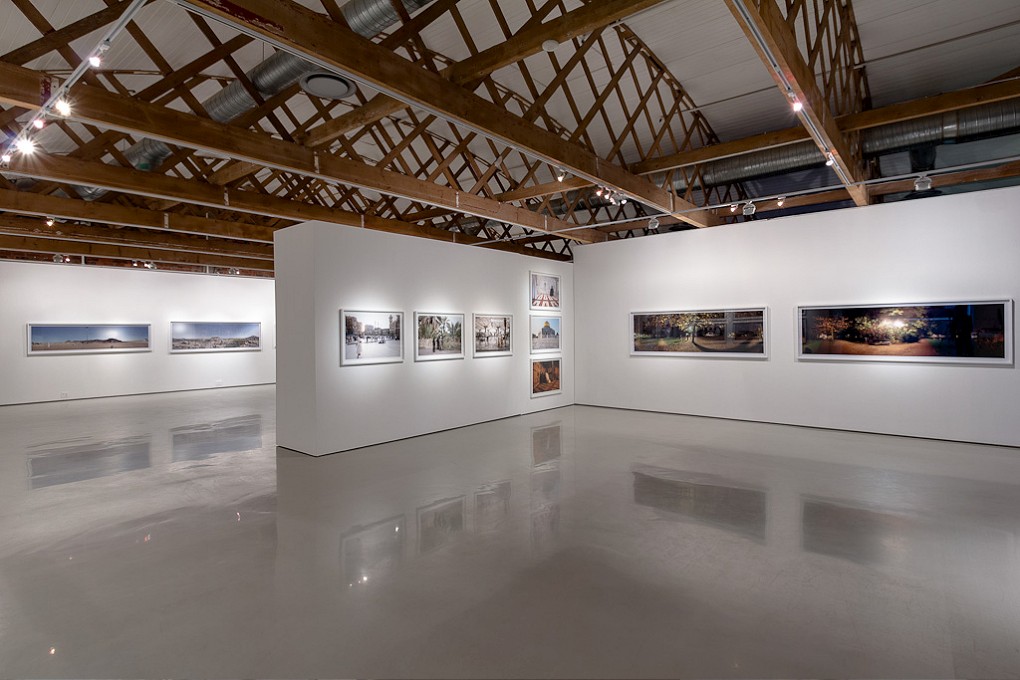 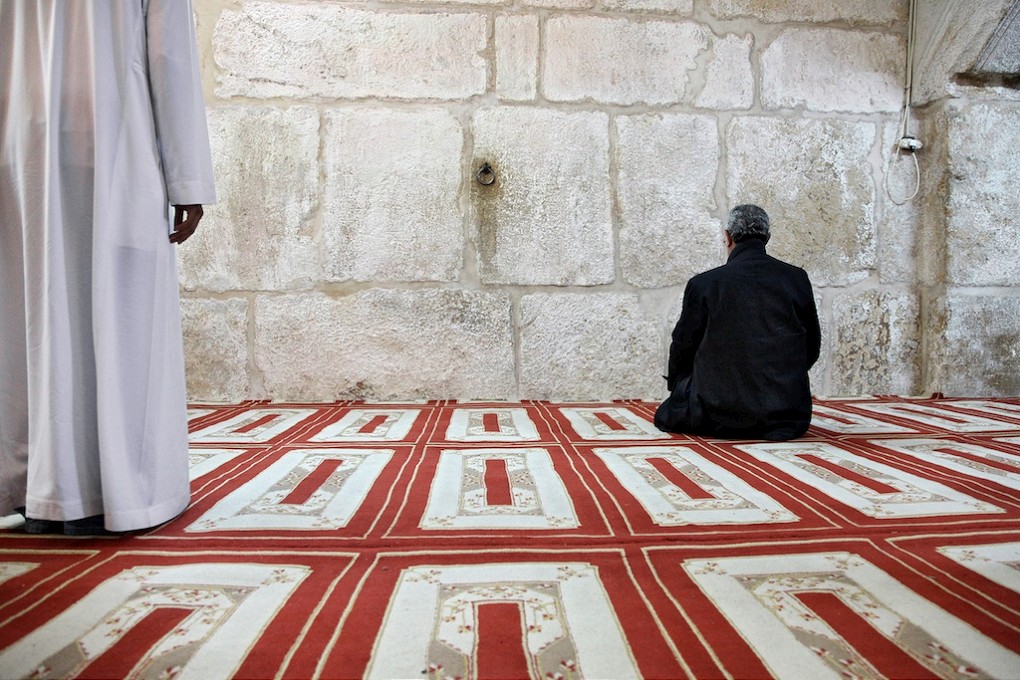 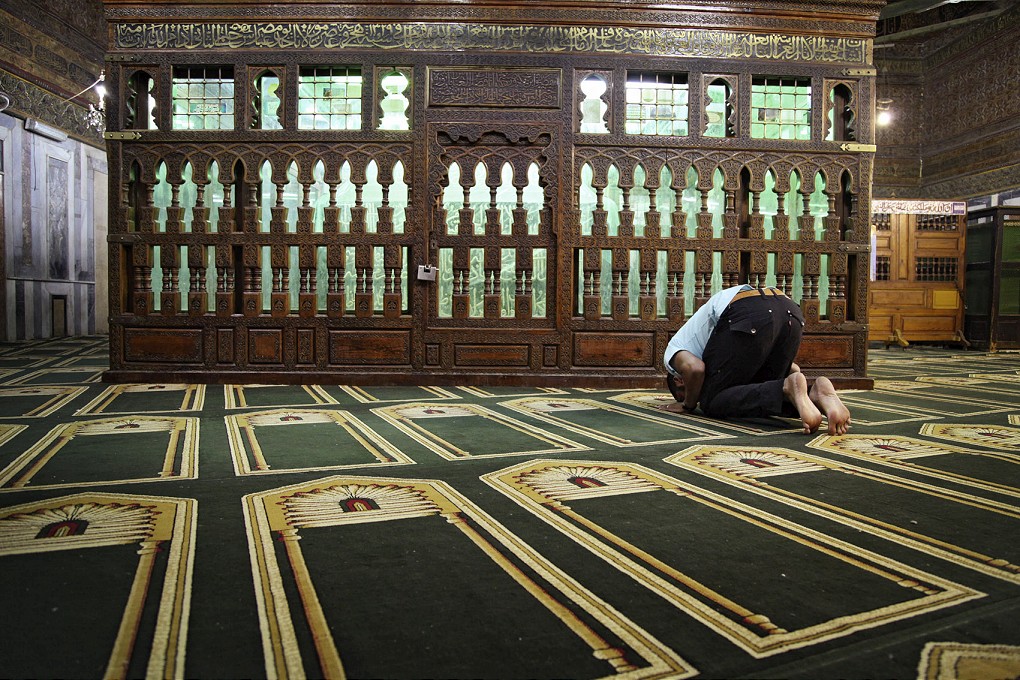 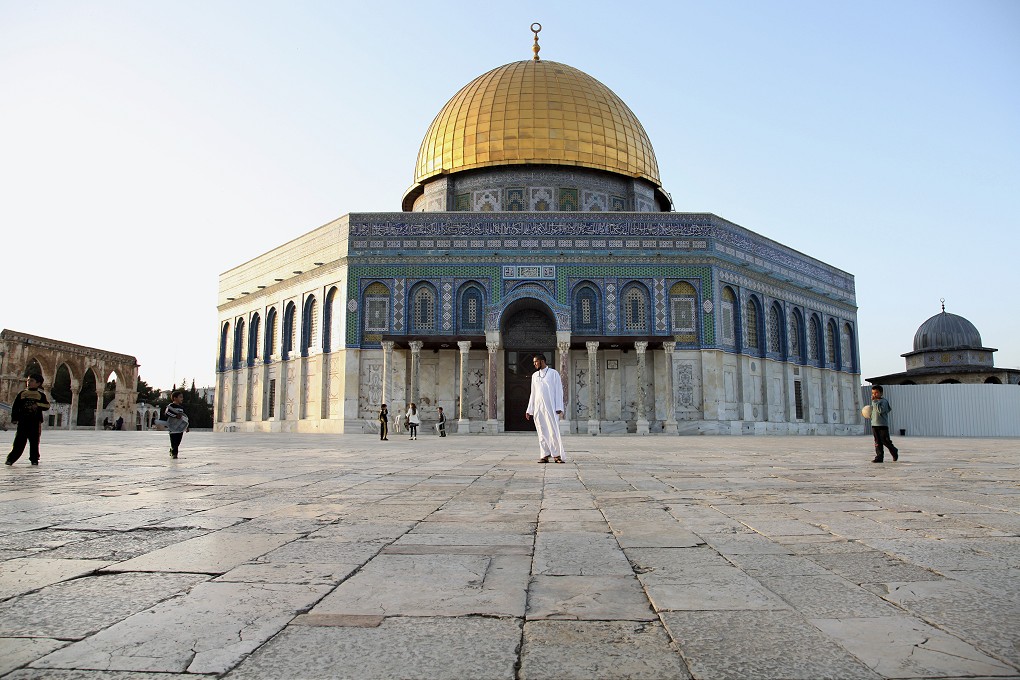 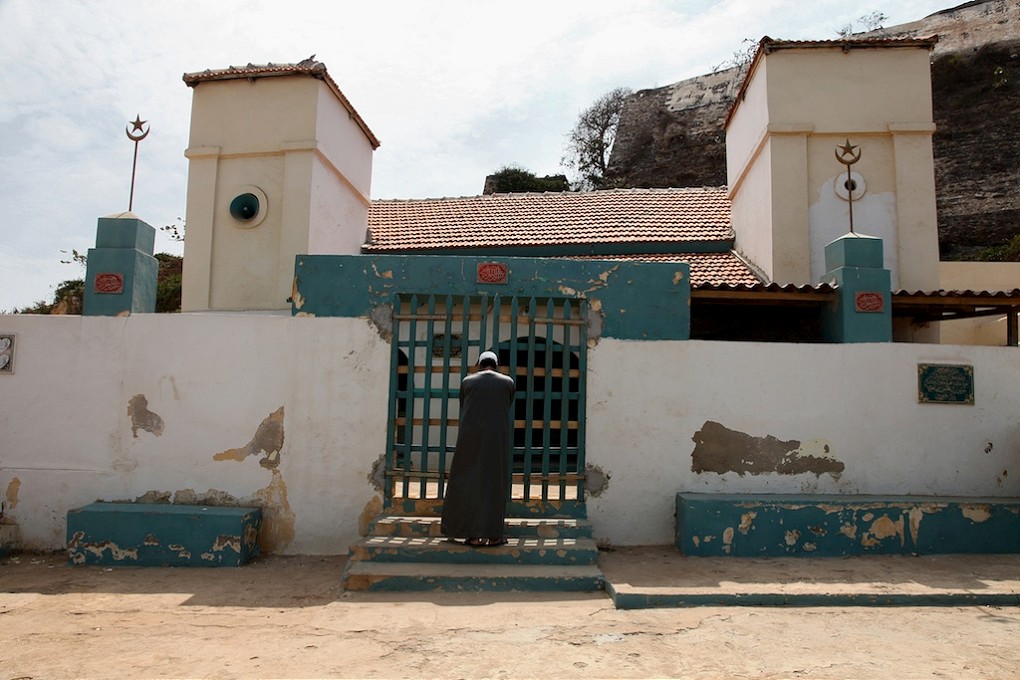 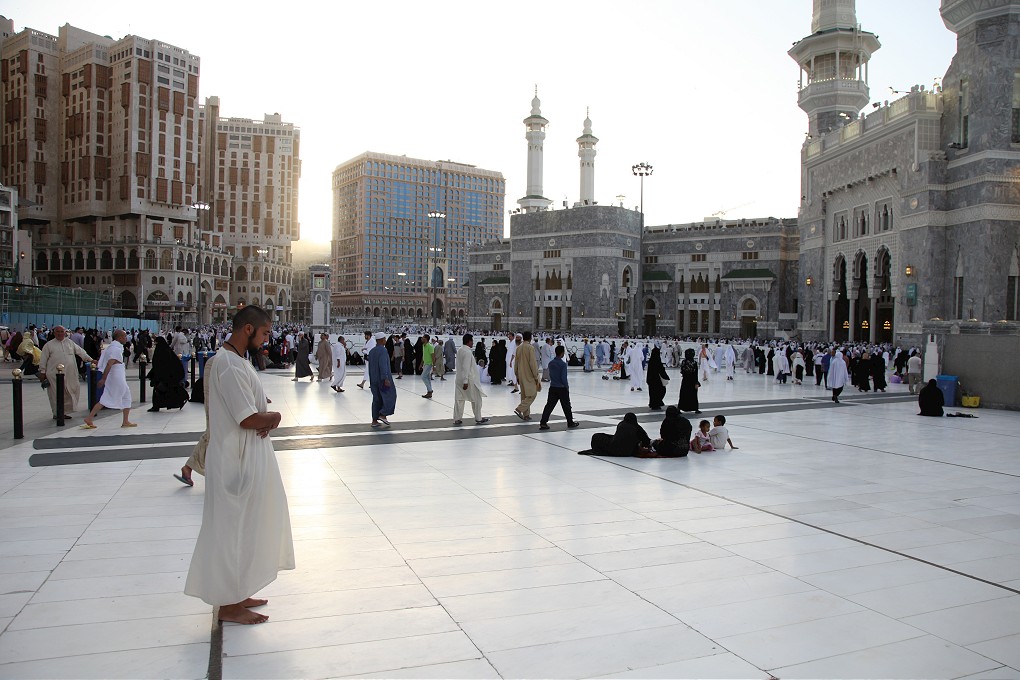 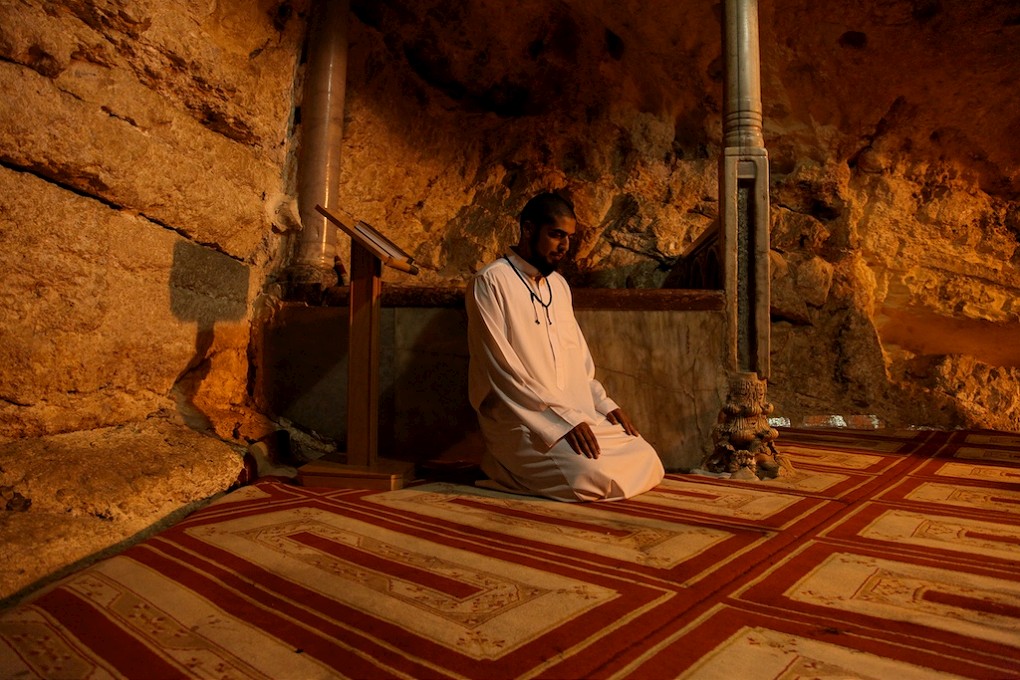 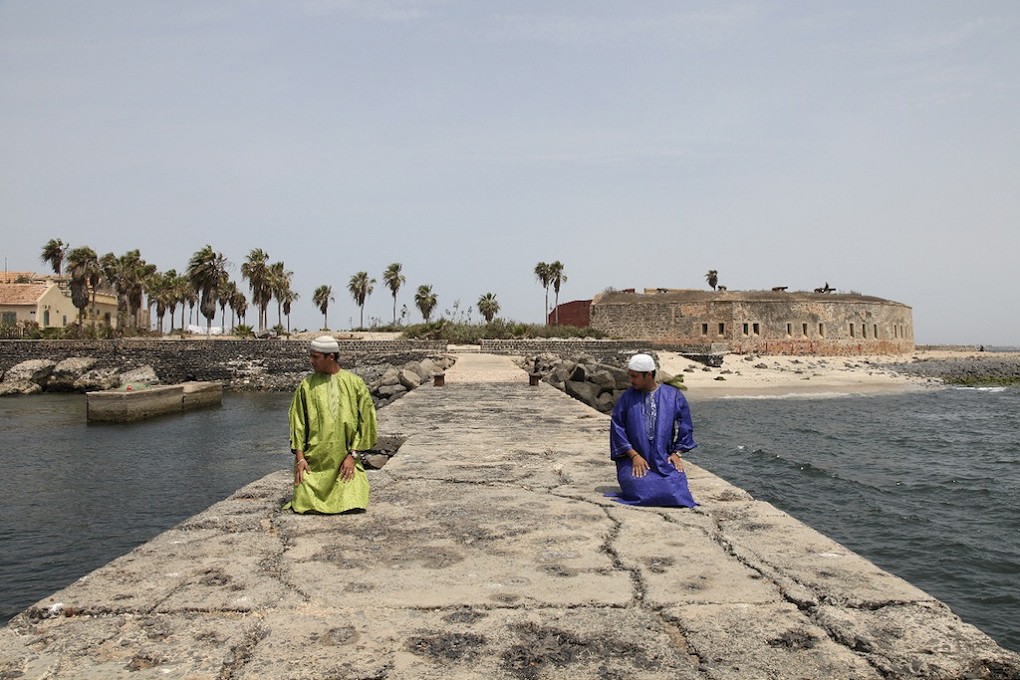 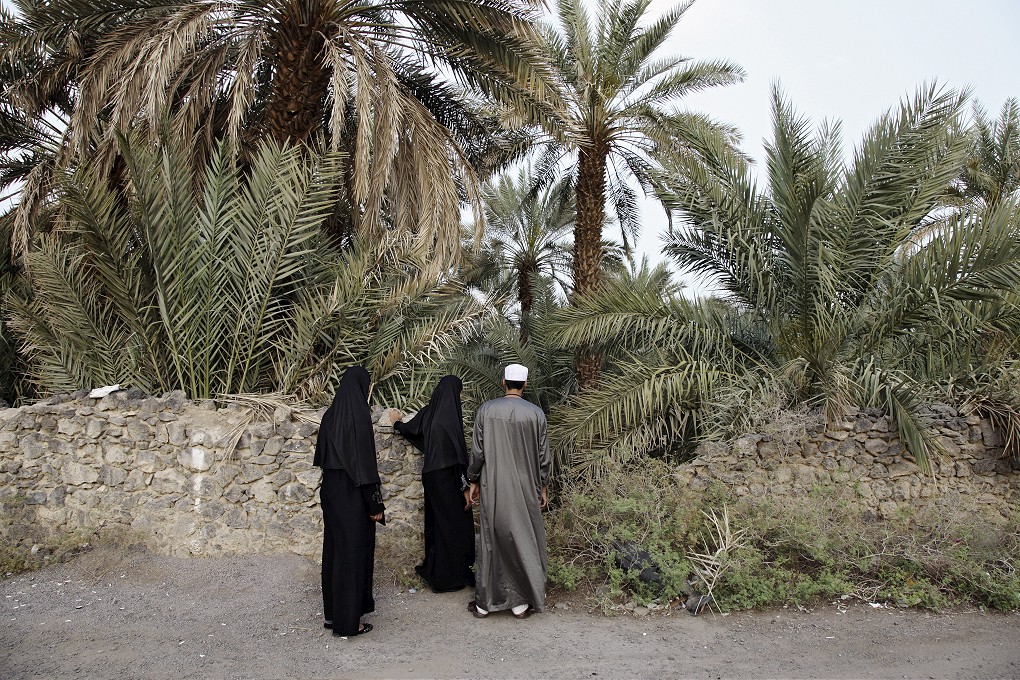 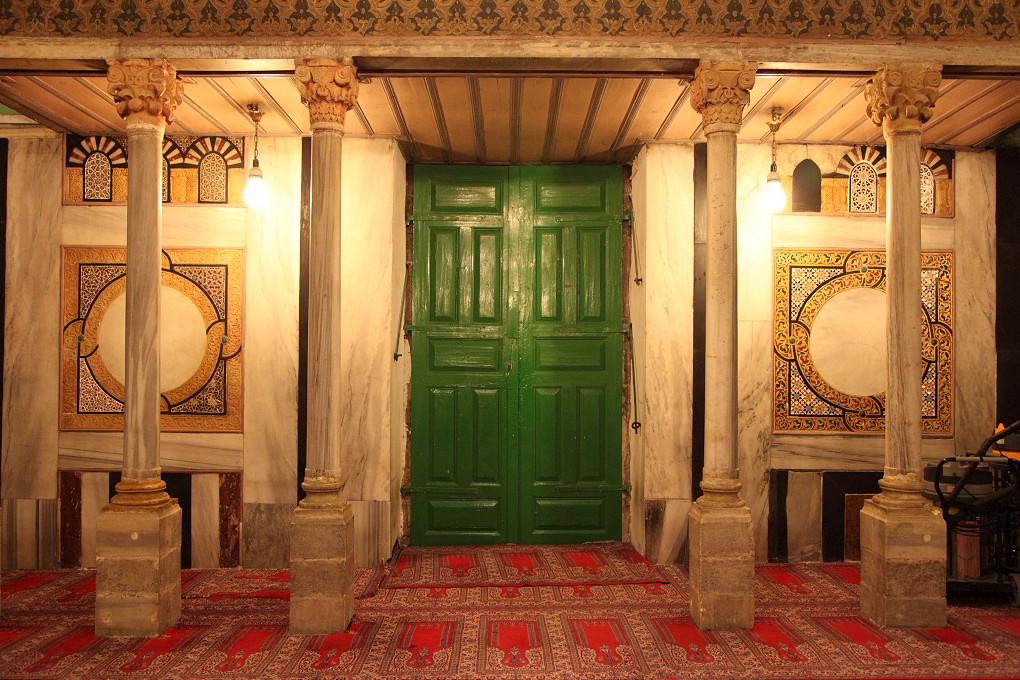 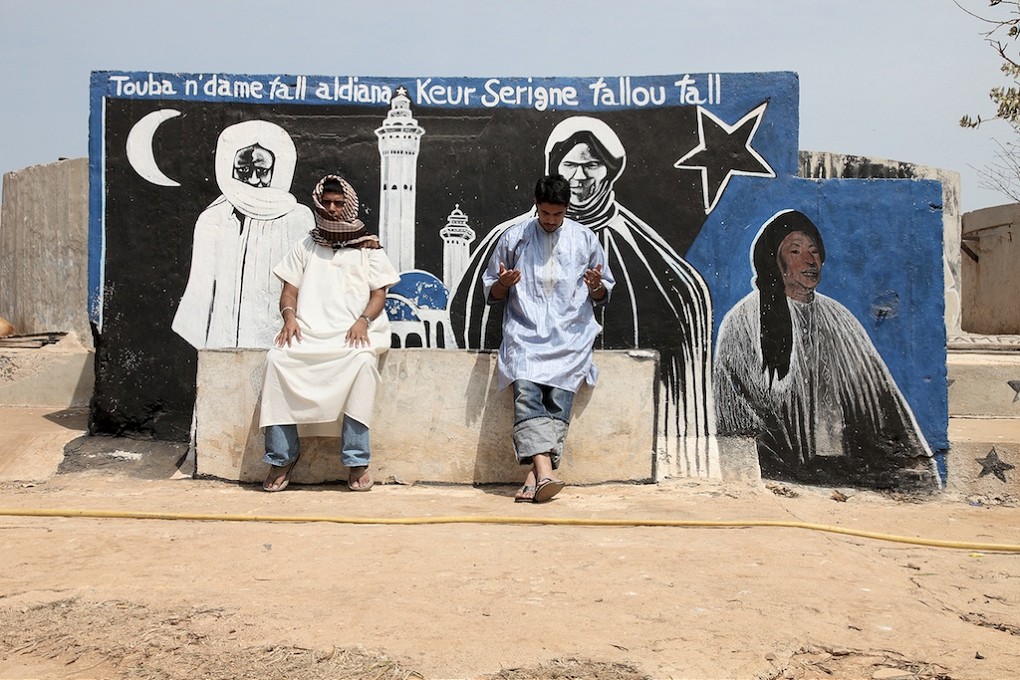 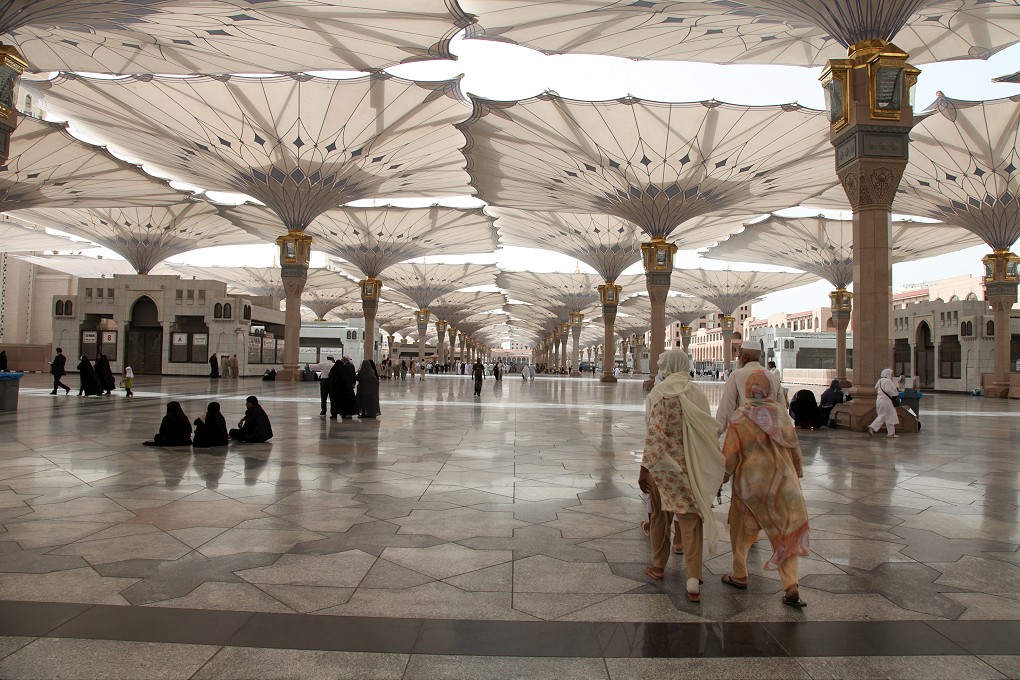 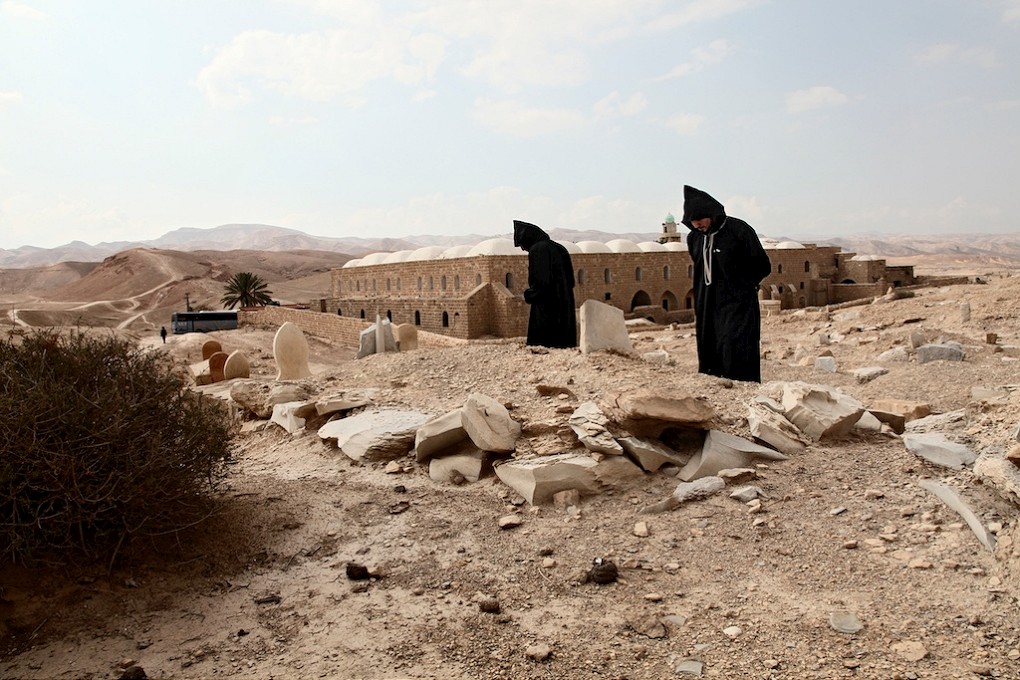 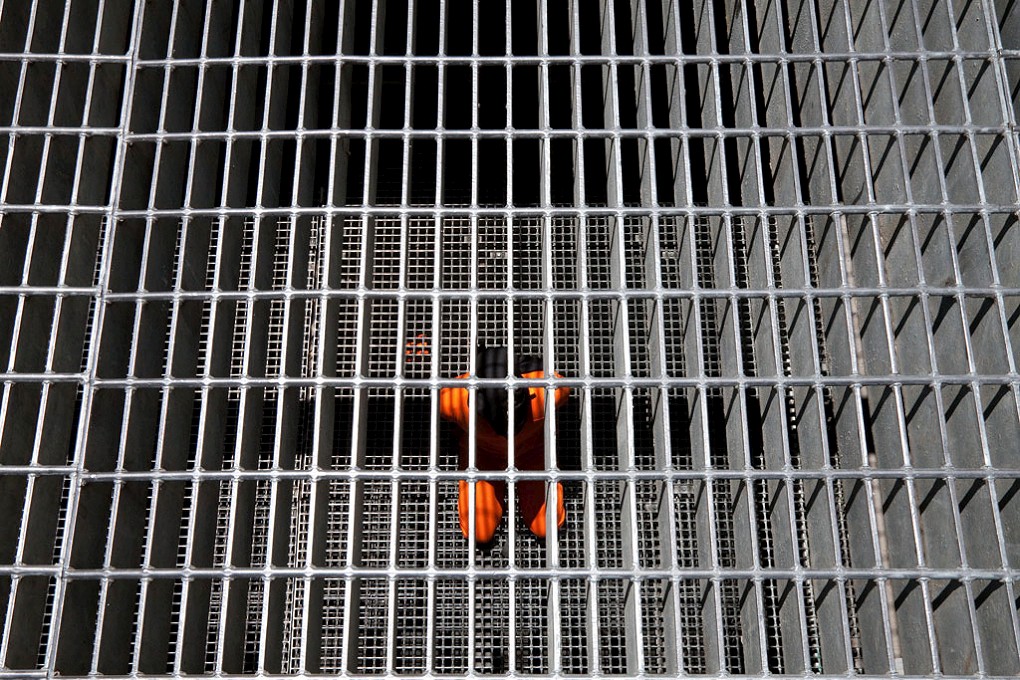 The Dome of the Rock, Jerusalem

In a new body of work, Hasan and Husain Essop explore the notion of memory, specifically in relation to the history and practice of religion. In a series of 360º panoramic photographs, each consisting of hundreds of individual photographs meticulously stitched together, they explore the history of various landscapes, searching for the memory of what came before and examining its effects on the captured moment. In a series of smaller photographs, they resume their trademark performance style, using their bodies, costumes, and a variety of poses to enter into a dialogue with the landscape, simultaneously documenting what is seen and creating a different narrative altogether.

The work is concerned with the notion of remembrance, and with the act of memorialising – particularly with reference to religious sites, ancient and modern – and with the tensions inherent in the act of photographing and recording memory; and the exhibition raises a number of important and topical question relating to history, heritage, religious identity, and the politics of place in the context of globalisation and xenophobia.

Tracing their travels to Mecca, Jerusalem, Amsterdam, Hamburg and Senegal, the photos seek to uncover and engage with the particular and unstable memories of each location – the birthplace of Islam in Mecca, inaccessible to most non-believers, and now paved over with parking lots and luxury hotel chains; the sacred sites of Jerusalem, fought over, destroyed and restored time and again for centuries; the ostensibly liberal cities of Western Europe, where paranoia, surveillance and religious profiling are becoming the new normal; and Dakar, where the legacies of slavery and colonialism gave rise to unique Islamic identities and practices, which are increasingly under assault by globalizing forces.

Born and raised in Cape Town, the Essop brothers have been collaborating since their graduation from the Michaelis School of Fine Arts at the University of Cape Town. In 2011 they completed a three-month residency at the prestigious Thami Mnyele Foundation in Amsterdam. They have participated in numerous group exhibitions, including most recently Figure and Fictions: Contemporary South African Photography at the V&A Museum in London and Les Rencontres d’Arles 2012, a photography festival held annually in France. This is their second solo exhibition with the Goodman Gallery.

Hasan and Husain Essop (b. 1985, Cape Town) have been collaborating since their graduation from the Michaelis School of Fine Arts at the University of Cape Town in 2008. In 2010 they travelled to Cuba to produce a body of work as part of the tenth Havana Biennial, under the theme ‘Integration and resistance in the global age’. In 2011 they completed a 3-month residency at the prestigious Thami Mnyele Foundation in Amsterdam.

They have participated in several major group exhibitions – including Figures and Fictions: Contemporary South African Photography at the V&A Museum in London in 2011, and South: Contemporary Art from Australia, Mexico & South Africa at the Hazelhurst Regional Gallery in Sydney in 2014 – and they have held solo exhibitions in Johannesburg, Cape Town and Dubai.

In 2014 they received the Standard Bank Young Artist Award for Visual Art, and presented a new body of work at the Grahamstown National Arts Festival titled Unrest. The exhibition addresses the notion of global unrest through the particular lens of young Muslims living in Cape Town, and features the brothers’ characteristic large-scale photographic prints, as well as sculptural installations and multimedia works. The exhibition has since been shown in five cities across South Africa, and at the Gallery Isabelle van den Eynde in Dubai.