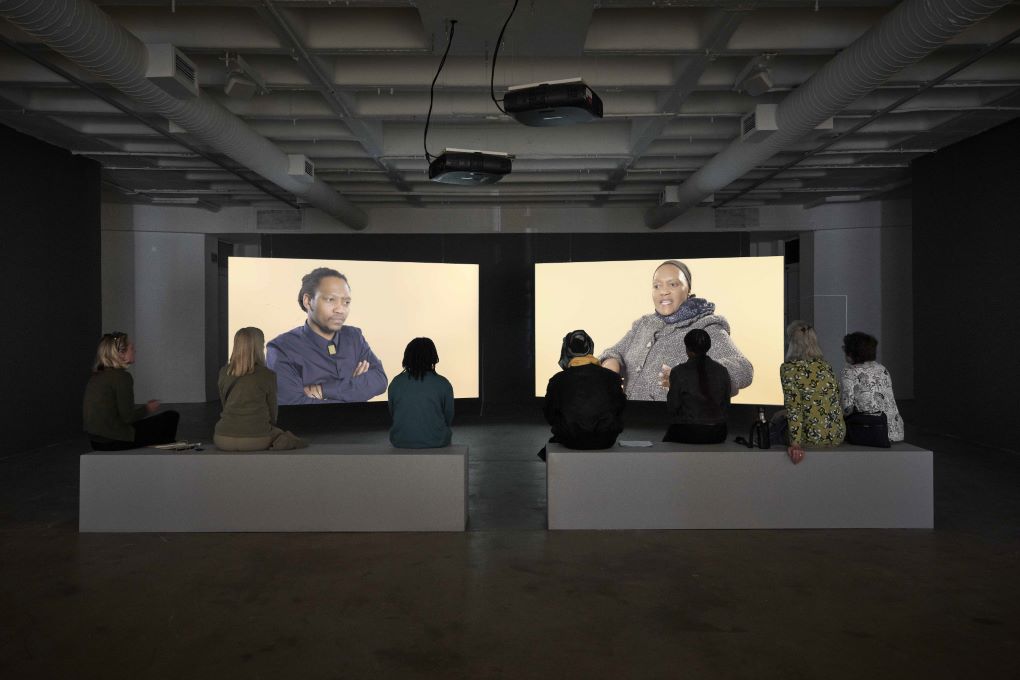 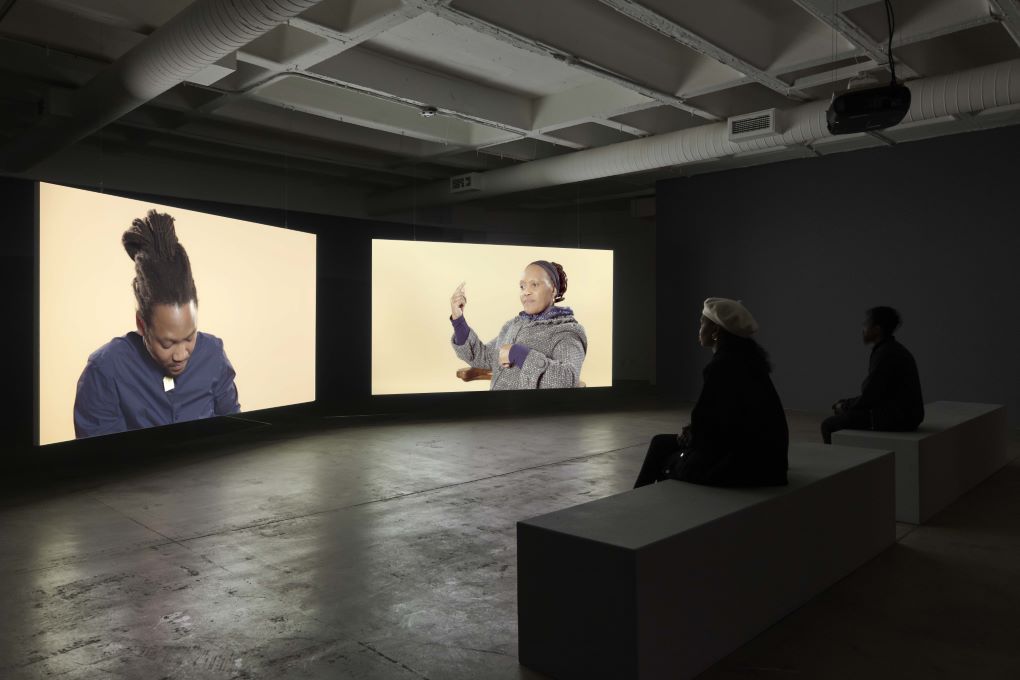 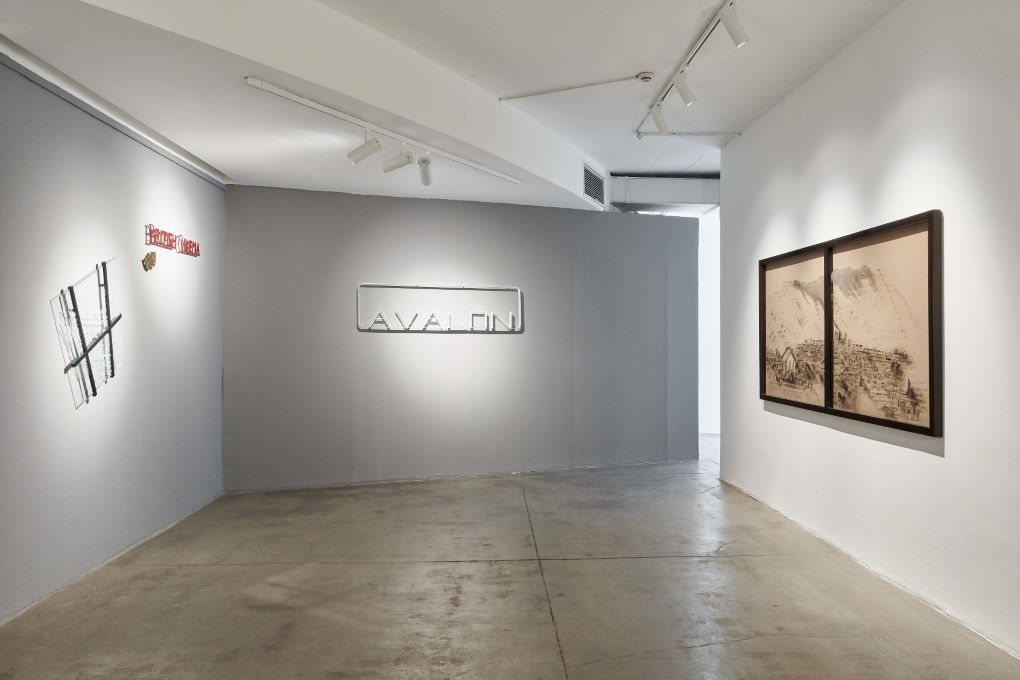 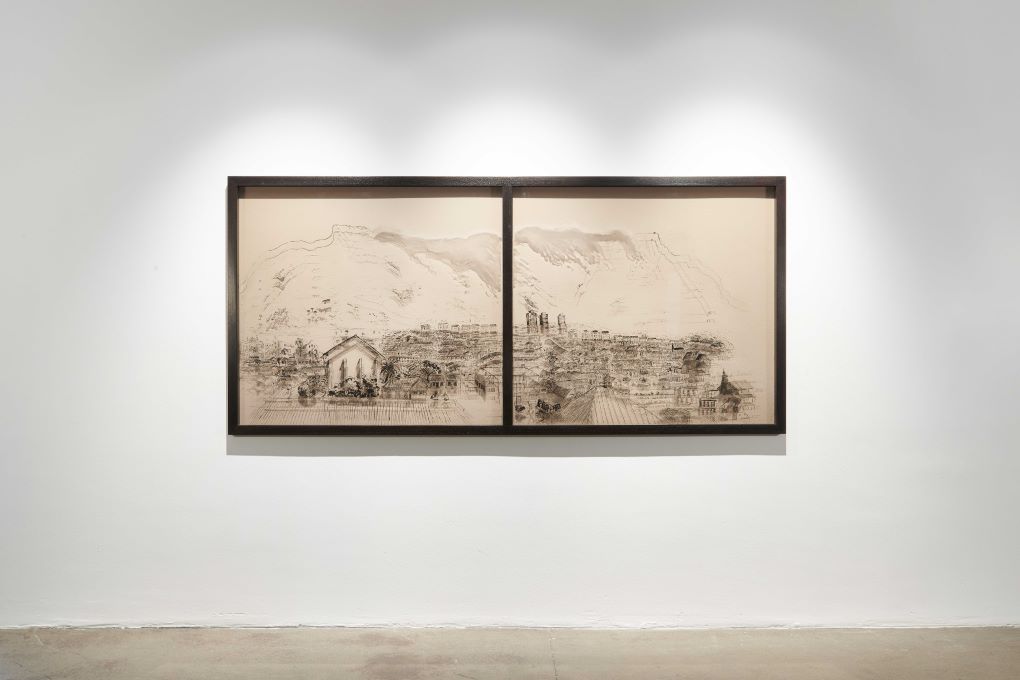 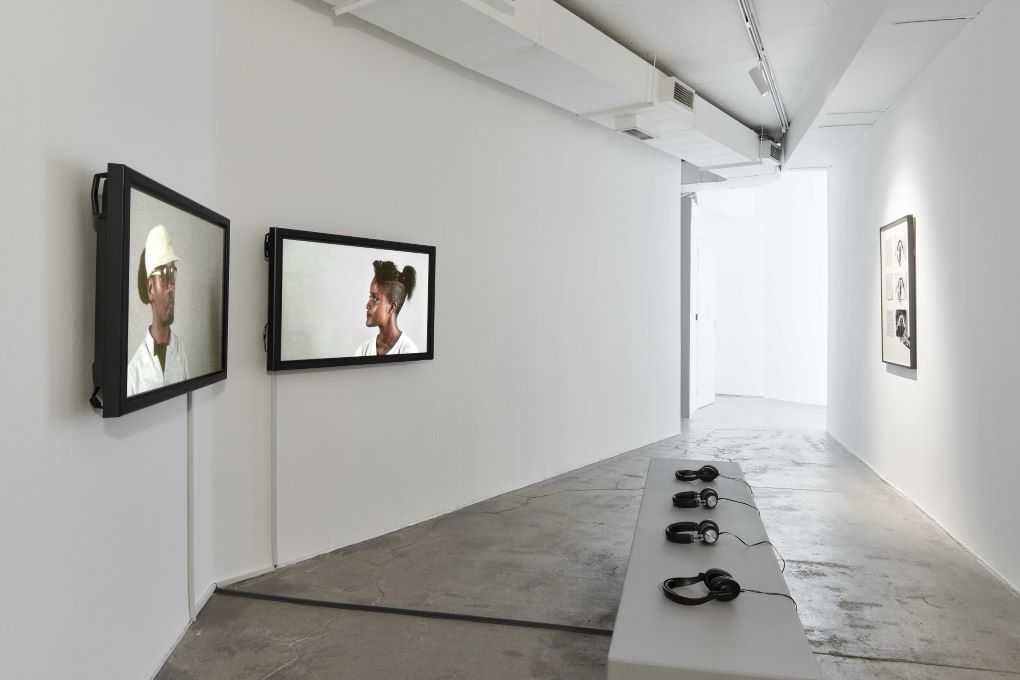 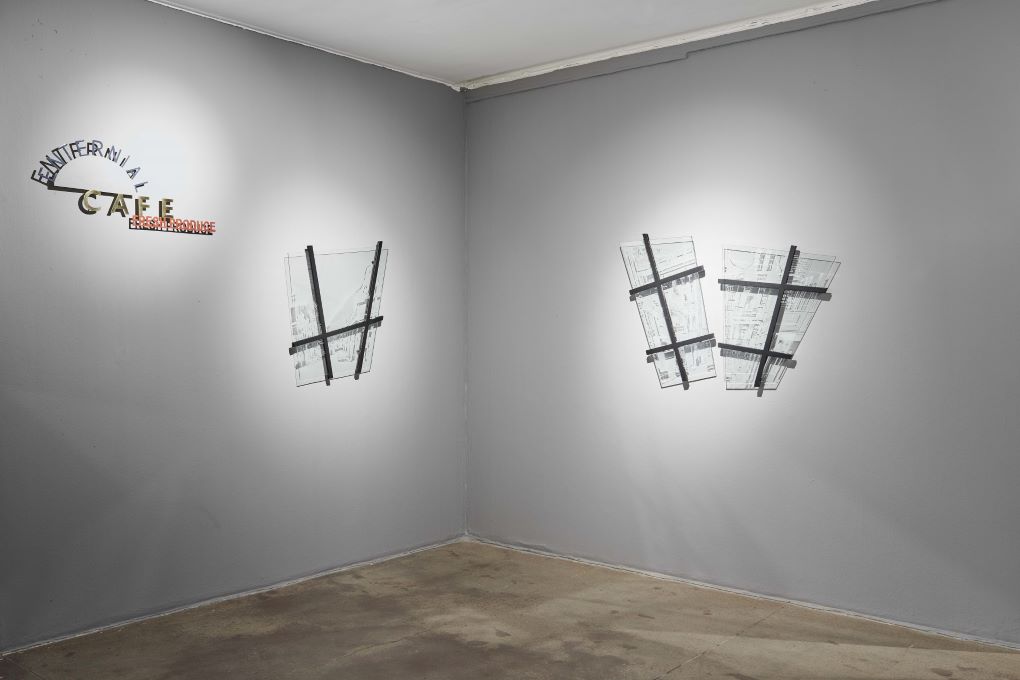 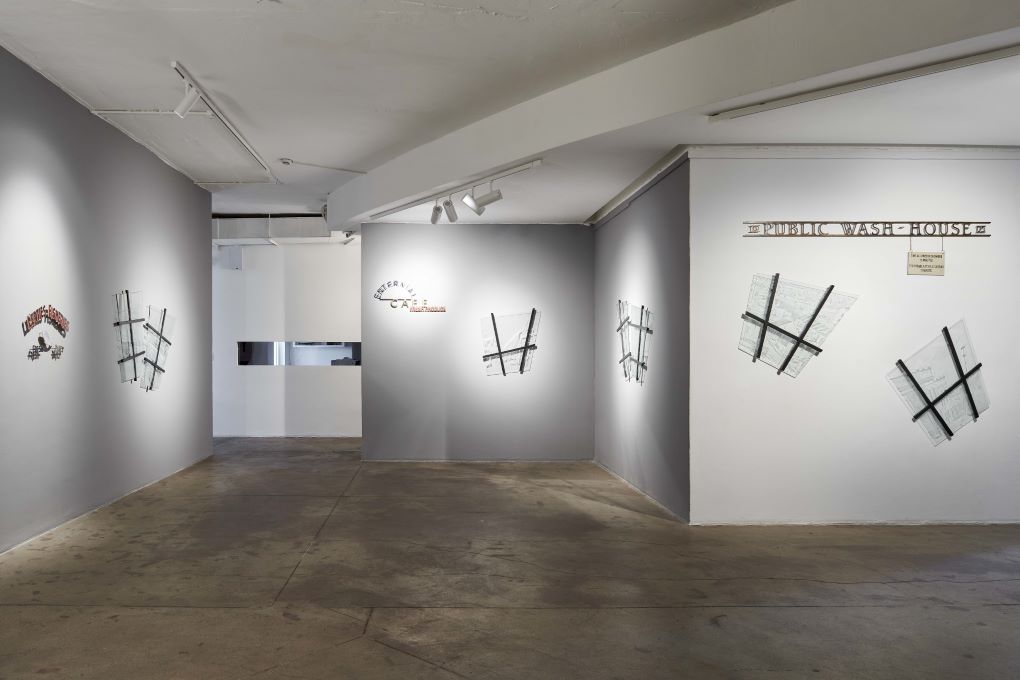 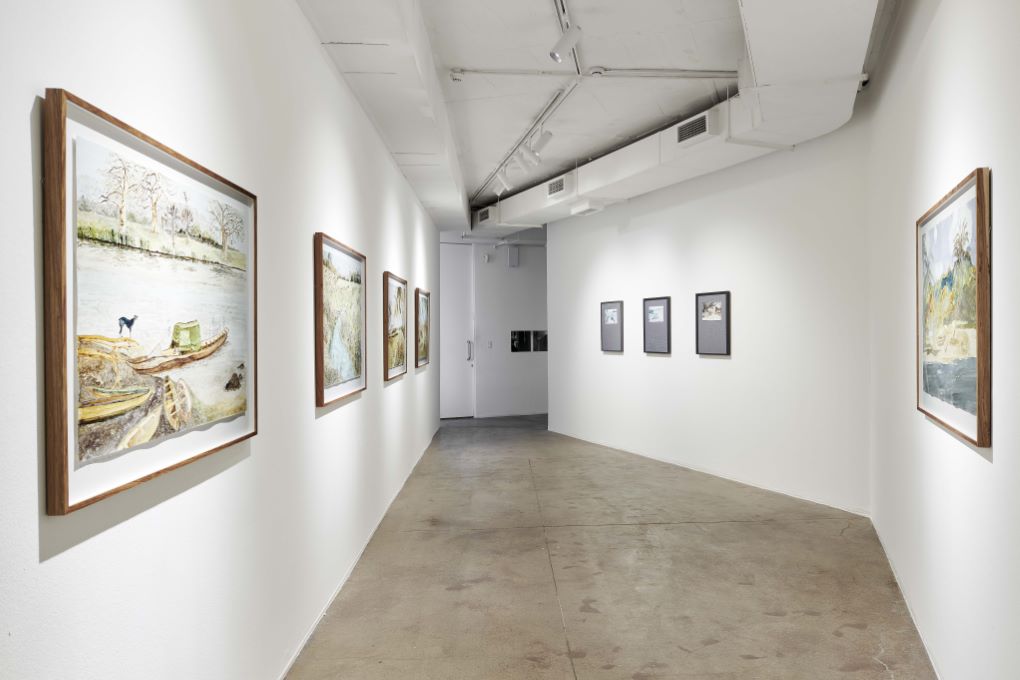 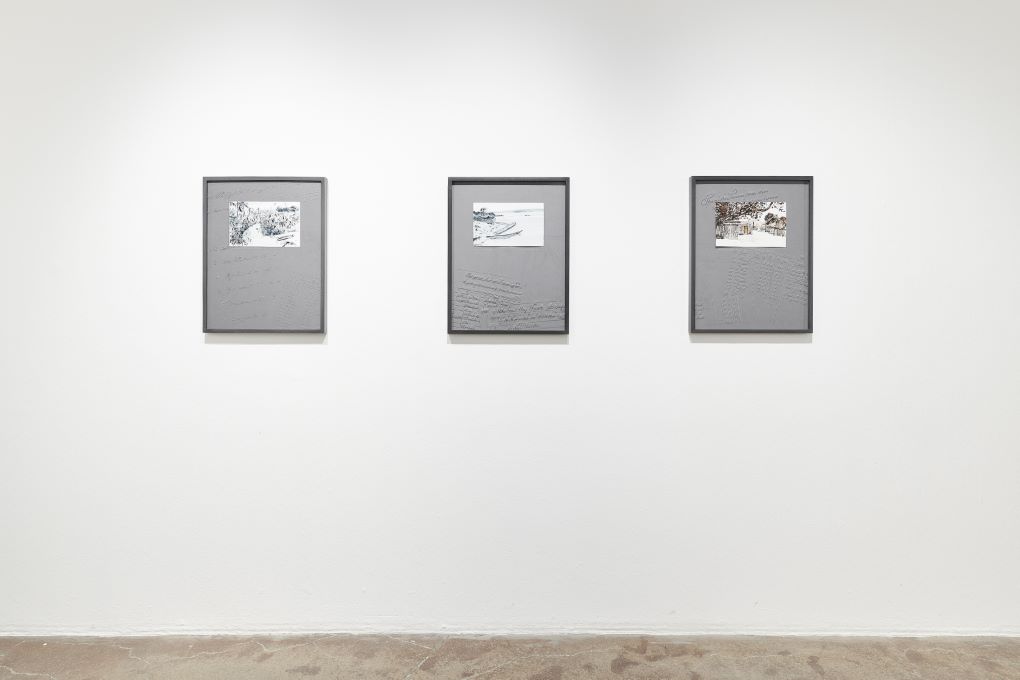 Goodman Gallery is pleased to present That particular morning, Sue Williamson’s first solo exhibition in Johannesburg since since her prestigious survey show Can’t Remember, Can’t Forget at the Apartheid Museum in 2017.

That particular morning brings together two dual-channel videos from No more fairy tales, a series of filmed conversations*, which highlight the reality of daily life in South Africa twenty years after the Truth and Reconciliation Commission (TRC).

The TRC was set-up in 1996 by the South African government with the aim of initiating a healing process within its grief-stricken society. Taking the form of a series of hearings, the commission’s mandate was to bear witness to, record, and in some cases grant amnesty to the perpetrators of crimes relating to human rights violations, while offering victims the chance to share their stories. In 2015, as student unrest swept across the country, it became apparent that many of apartheid’s wounds remained unhealed.

These events have subsequently sparked fierce debate in South Africa regarding the state of our society. That particular morning, Williamson’s most recent film in her No more fairy tales series, is in collaboration with Siyah Ndawela Mgoduka. Mgoduka is the son of policeman Mbambalala Glen Mgoduka, who was killed in December 1989 by a car bomb planted by the apartheid state. In this film, Mgoduka asks his mother Doreen questions he has carried for many years, bringing to light issues of forgiveness, loneliness, respect, and the differing attitudes of two generations toward the processes of the Truth and Reconciliation Commission hearings.

Mgoduka also appears in one of the first films from the series, It’s a pleasure to meet you. In this film, Mgoduka appears in conversation with Candice Mama, whose father was killed by apartheid assassin Eugene de Kock. The pair, who are both in their twenties, discuss their lives, what it has meant not to have a father, how it has affected their mothers and their family life, as well as delving further into the failures of the TRC’s process of forgiveness. The title of the film refers to the greeting apartheid assassin Eugene de Kock gave each member of the Mama family when they visited him in jail.

Postcards from Africa, Signs of the Lost District and The Lost District, shown alongside these films, help to contexualise their meaning.
Postcards from Africa is a series of new ink drawings based on postcards from the early 1900s, produced for residents and travelers in Africa as well as for collectors who had never set foot on the continent. These postcards, which peaked in popularity at that time, now contribute to understanding political and cultural changes in Africa as the rise of the new medium coincided with the expansion and consolidation of colonial rule. In Williamson’s re-drawn scenes from these postcards, all the figures have been left out: a reference to the scourge of slavery, which saw 12.5 million people shipped from the continent to the Americas.

Signs of the Lost District is a new series of signage works derived from old photographs which recall the cinemas, the fish market, the public wash house and the cafes which once were part of the daily fabric of District Six. These works are made in laser cut metal and either powdercoated or handpainted. The Lost District offers a similar archive-based, historical perspective in the form of eight works based on old photographs of District Six engraved on sheets of glass and perspex. Three of the panels were created for Williamson’s last solo exhibition in Cape Town This Past Lies Ahead, in which the artist installed the works in the gallery overlooking the area where the old buildings, churches, mosques and schools, along with hundreds of cottages and terrace houses stood before being demolished by the apartheid state.
In addition, five new panels from this series have been created for this exhibition.

The delicate lines of Williamson’s incised glass in these works are difficult to see, but show up clearly in the crisp grey shadows cast on the wall behind the work: the shapes of these buildings’ reinscribed presence—like the accounts of the collaborators in Williamson’s films —offering renewed clarity to a history not so far removed from our present. 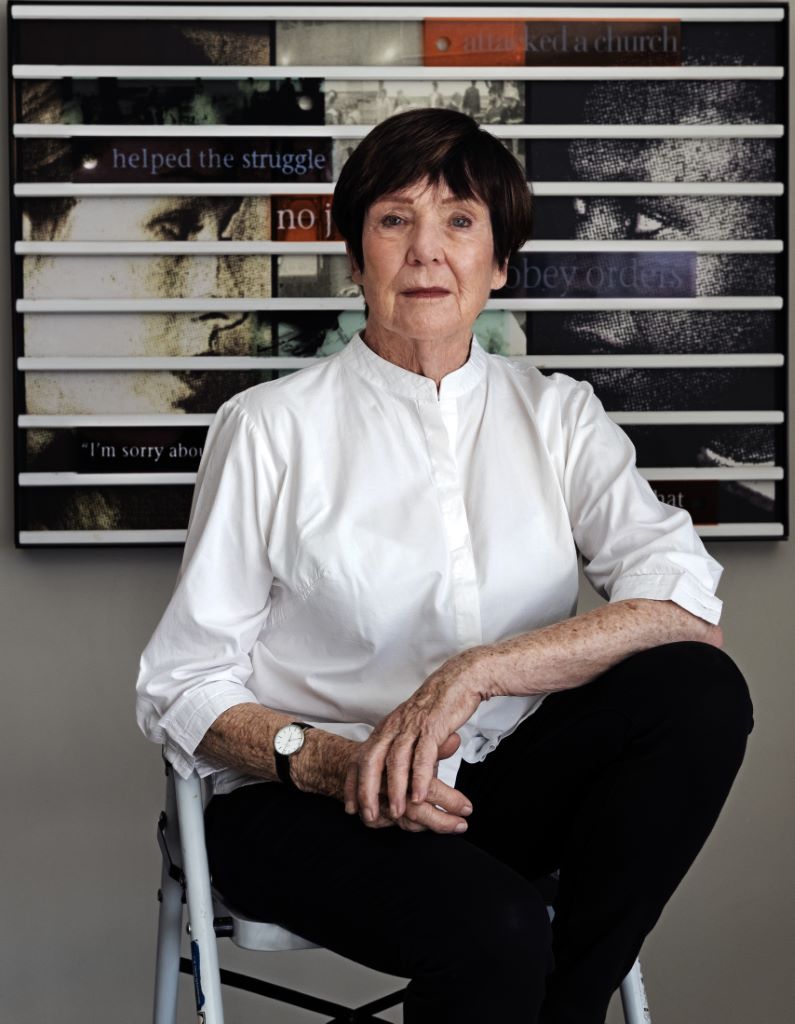 Sue Williamson (b. 1941, Lichfield, UK) emigrated with her family to South Africa in 1948. Trained as a printmaker, Williamson also works in installation, photography and video. In the 1970s, she started to make work which addressed social change during apartheid and by the 1980s Williamson was well known for her series of portraits of women involved in the country’s political struggle. A Few South Africans is one such a series where she celebrates women who had played roles in the fight for freedom.

Referring to her practice, Williamson states: “You become aware of the audience to whom you speak. In that sense, you think backwards: what you have to say, whom you say it to, and how it will reach the audience. Having to consider your work through the eyes of somebody who knows nothing about you as an artist and what you are doing is a useful exercise.” Williamson has managed to avoid the rut of being caught in an apartheid-era aesthetic, “I am never particularly interested in doing what I did the last time. I take one thing and work it out a number of ways.”

In 2018, Williamson was Goodman Gallery’s featured artist at the FNB Joburg Art Fair, where she exhibited her work Messages from the Atlantic Passage, a large-scale installation of shackled, suspended glass bottles engraved with profiles of 19th-century victims of slavery. This installation was also exhibited that year at Art Basel in Switzerland and at the Kochi-Muziris Biennale in India.