David Koloane 02 December - 09 January 2021 Goodman Gallery, London
Previous Next
“Apartheid was a politics of space more than anything […] and much of the apartheid legislation was denying people the right to move. It’s all about space; restricting space…Claiming art is also reclaiming space” – David Koloane

Goodman Gallery is proud to present … Also Reclaiming Space, marking the first London solo exhibition by the late pioneering South African artist David Koloane.
The presentation comprises major paintings and works on paper spanning apartheid and post-apartheid years and continues Cork Street’s legacy of bringing solo exhibitions by art historical figures to UK audiences for the first time. … Also Reclaiming Space expands on this legacy by platforming the work of a towering African artist whose practice has received limited substantial international visibility to date.
Koloane is one of the most important artists to come out of South Africa not only for his artistic output but for his dogged personal dedication to ensuring that Black artists had access to a more hospitable environment in which to work and exchange ideas during the apartheid years. He mentored those who responded to the method and material based means of production which spoke of a new art – expressive, emotive and not born of the Western canon.
Koloane’s work interrogated key questions around artistic production from the Southern tip of the African continent, namely: “What defines South African expression?” and “What paradigms typify that expression?”
These questions, which Koloane penned in the seminal catalogue for Whitechapel Gallery’s Seven Stories about Modern Art in Africa in 1995, expressed key concerns of artists working from South Africa. They served as frameworks for shaping how Koloane and his contemporaries resisted and reconfigured how they were received and represented in the larger narrative of modernist art.
Koloane’s approach to abstraction was deployed as a means to break away from the visual constraints imposed on African artists, which remain in place to this day. He contested the very idea of an “authentic” African artist and the “notion of struggle art as primarily figurative” (Athi Mongezelili Joja, Artforum 2020).
The late South African novelist Nadine Gordimer captured these sensitivities in her introduction for a monograph dedicated to Koloane’s work: “Perhaps it was also a discovery of the beauty of the colour masses, new to his perception, concentrated on the urban world; but it is clear from the complexity of the work that he was exploring the sources to be discovered by imagination both beyond and yet underlying the figurative.” (Nadine Gordimer, TAXI 006: David Koloane, 2002).
Through his signature monochrome, on occasion colour-saturated, but always darkly expressive drawings, Koloane interrogated the socio-political circumstances of the apartheid and post-apartheid years and captured the profound impact on the human condition. Adopting restless techniques of motion, his work brings to life an abstract expressionism that conveys the resilient pulse of lives lived on the margins in Soweto and Johannesburg.
These poetic works on paper – featured in the exhibition – range from large-scale cityscapes from the 1990s through to the 21st century, as well as evocative portraits of fellow citizens and cultural figures.
Koloane’s representations of the city are populated with images of street life, jazz musicians, traffic jams, migration, refugees, dogs, and birds. Through the mediums of painting, drawing, assemblage, printmaking and mixed media, these scenes are a blend of exuberant and sombre, discernible and opaque pictorial narratives.
As Gordimer famously put it, Koloane’s representations of the city captured the essence of “the huge oppressions, upheavals [and] hard-won freedoms that have epitomised our cities’ sprawl.”

David Koloane (1938–2019) was born in Alexandra, Johannesburg. Throughout his life, he worked as an artist, writer, curator, educator and mentor to fellow artists, creating art and encouraging art-making without the usual avenues of approach.
Koloane co-founded and helped run several major arts spaces in Johannesburg, which were committed to ensuring safe spaces for Black artists to work and share ideas. In 1977 he helped to establish The Gallery, which was the first Black owned and run art gallery in the country. In 1979 Koloane co-founded the Federated Union of Black Artists (FUBA) where he was the head of the fine gallery from 1985-1990. In 1985 he co-founded the Thupelo experimental workshops series. And, in 1991, Koloane co-founded The Bag Factory Artists’ Studios where he served as director and board member. As a member of the Triangle network, The Bag Factory remains a globally significant space for residencies and exchange programmes across continents.
… Also Reclaiming Space marks twenty-five years since Koloane’s presence has been felt in London in the context of group exhibitions. In 1995, Koloane co-curated and had work featured in Whitechapel Gallery’s unprecedented exhibition, Seven Stories about Modern Art in Africa. He also contributed to the exhibition’s catalogue, an invaluable point of reference for African art to this day. In the same year, Koloane’s work was exhibited as part of South African Murals held at The Institute of Contemporary Art in London and featured on the Africa 95 festival, a curated exhibition from Goodman Gallery hosted by Bernard Jacobson Gallery.
Shortly before Koloane’s passing in 2019, the Iziko South African Museum in Cape Town held a major survey of his work, titled A Resilient Visionary: Poetic Expressions of David Koloane, which later travelled to the Standard Bank Gallery and Wits Art Museum in Johannesburg where it was re-titled Chronicles of a Resilient Visionary.
Significant international moments include representing South African at the 55th Venice Biennale in 2013. Koloane’s work has also been included in the following international group exhibitions: Liberated Voices (1999) at the National Museum of African Art in Washington DC; My Joburg (2013) at La Maison Rouge in Paris; PANGAEA: New Art from Africa and Latin America (2014) at Saatchi Gallery in London.
Koloane’s work is included in several international collections, including Centre Pompidou, Perez Miami Art Museum, Collection of Princess Beatrix of the Netherlands, Prince Claus Fund and the Louis Vuitton Foundation Collection.
In 2012, Koloane was awarded an Honorary Doctorate from The University of the Witwatersrand, followed by Rhodes University in 2015. In 1998, he received the Prince Claus Fund Award in the Netherlands for his contributions to South African art. From 1983-1985, Koloane had a British Council scholarship and attended Birmingham Polytechnic. He later completed a diploma in Museum Studies at the University of London.
Koloane’s London presentation coincides with the opening of the much anticipated group exhibition Witness: Afro Perspective from the Jorge M. Pérez Collection at The Experimental Art Center in Miami. The exhibition brings 75 artists together of which Koloane’s work is a major component. Koloane is recognised as “a pivotal arts figure in the apartheid-era of South Africa known for his powerful drawings, paintings and collages”. 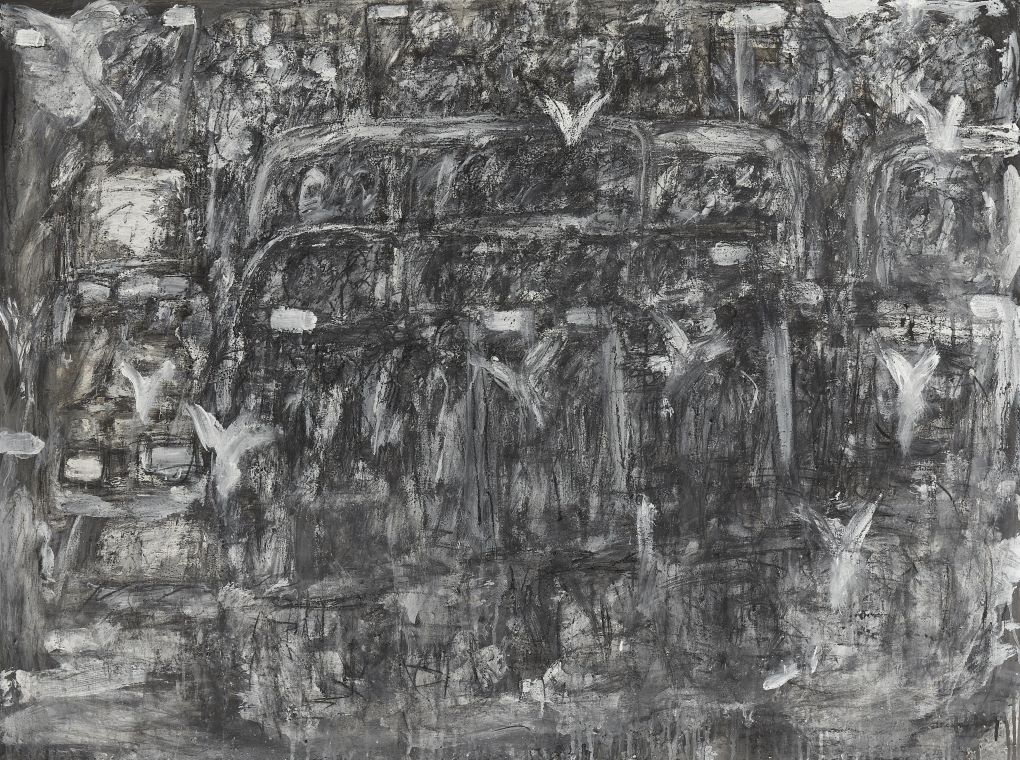 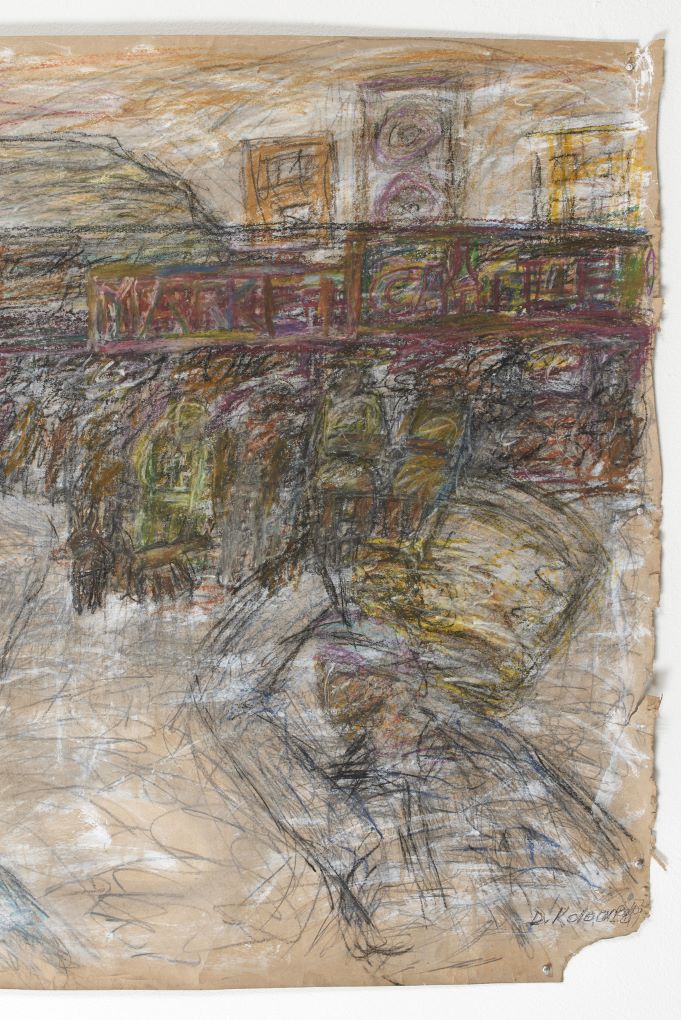 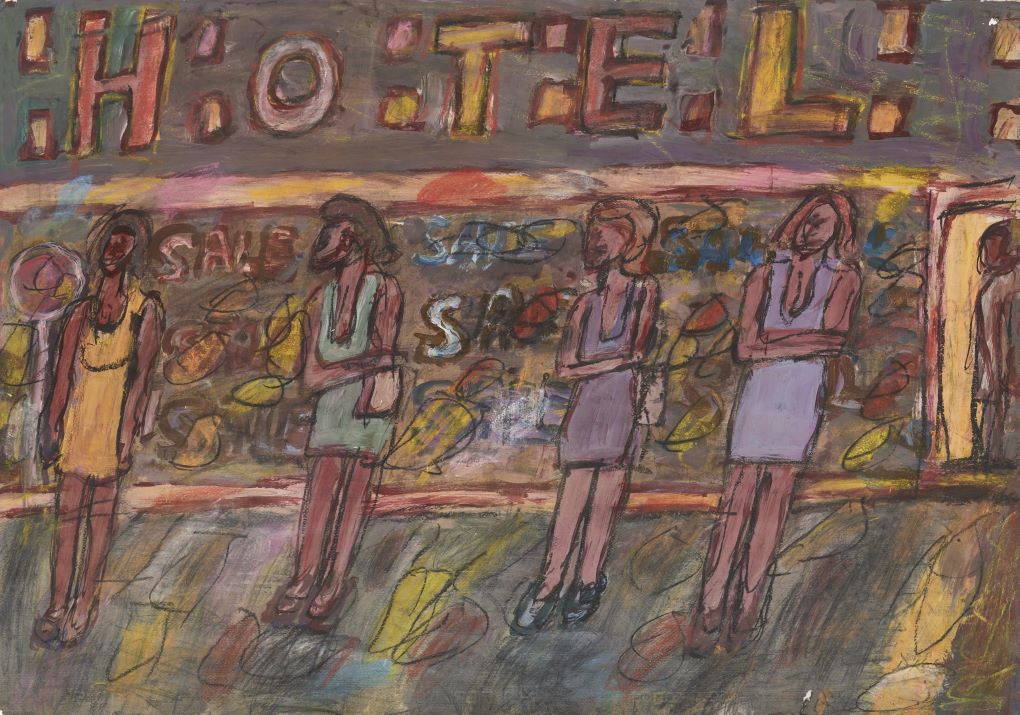 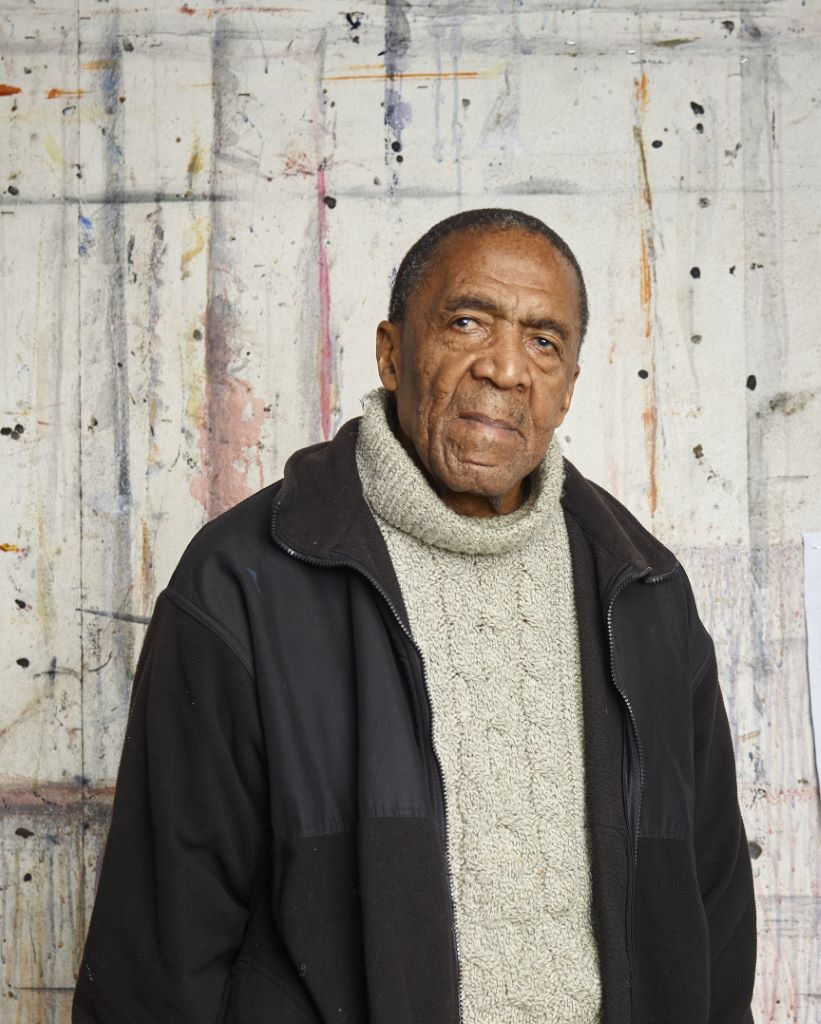 David Koloane (1938 – 2019) was born in Alexandra, Johannesburg, South Africa. Koloane spent his career making the world a more hospitable place for black artists during and after apartheid. Koloane achieved this through his pioneering work as an artist, writer, curator, teacher and mentor to young and established artists at a time when such vocations were restricted to white people in South Africa. A large part of this effort involved the initiatives Koloane helped establish, from the first Black Art Gallery in 1977, the Thupelo experimental workshop in 1985 and the Bag Factory Artists’ Studios in 1991, where he served as director for many years. Koloane also tutored at the Federated Union of Black Artists (FUBA) in 1979 and became the head of the fine art section and gallery from 1985 to 1990.
​
Through his expressive, evocative and poetic artwork, Koloane interrogated the socio-political and existential human condition, using Johannesburg as his primary subject matter. Koloane’s representations of Johannesburg are populated with images of cityscapes, townships, street life, jazz musicians, traffic jams, migration, refugees, dogs, and birds among others. Imaginatively treated, through the medium of painting, drawing, assemblage, printmaking and mixed media, Koloane’s scenes are a blend of exuberant and sombre, discernible and opaque pictorial narratives.
​
Koloane’s work has been widely exhibited locally and internationally. In 1999 he was part of the group exhibition _Liberated Voices_ at the National Museum of African Art in Washington DC. In 2013, Koloane’s work was shown on the South African pavilion at the 55th la Biennale di Venezia and on the group exhibition _My Joburg_ at La Maison Rouge in Paris. In 1998, the government of the Netherlands honoured Koloane with the Prince Claus Fund Award for his contributions to South African art. Koloane was also awarded an Honorary Doctorate twice, once from Wits University in 2012, and again from Rhodes University in 2015. In 2019 Koloane was the subject of a travelling career survey exhibition, _A Resilient Visionary: Poetic Expressions of David Koloane_, which opened at IZIKO SANG and later travelled to Standard Bank Gallery and Wits Art Museum in October.