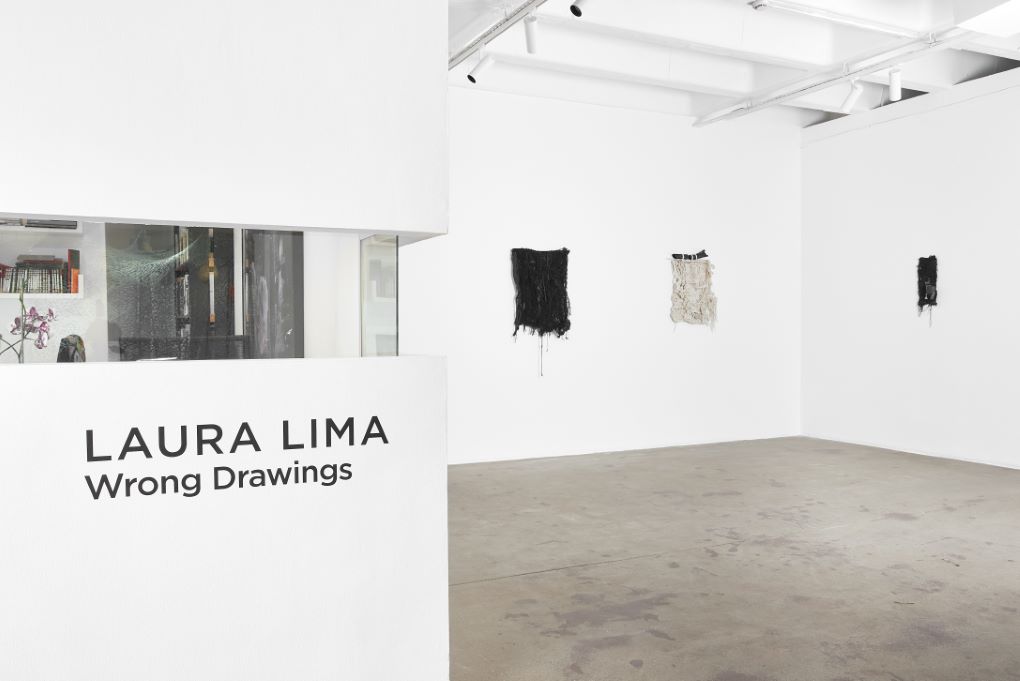 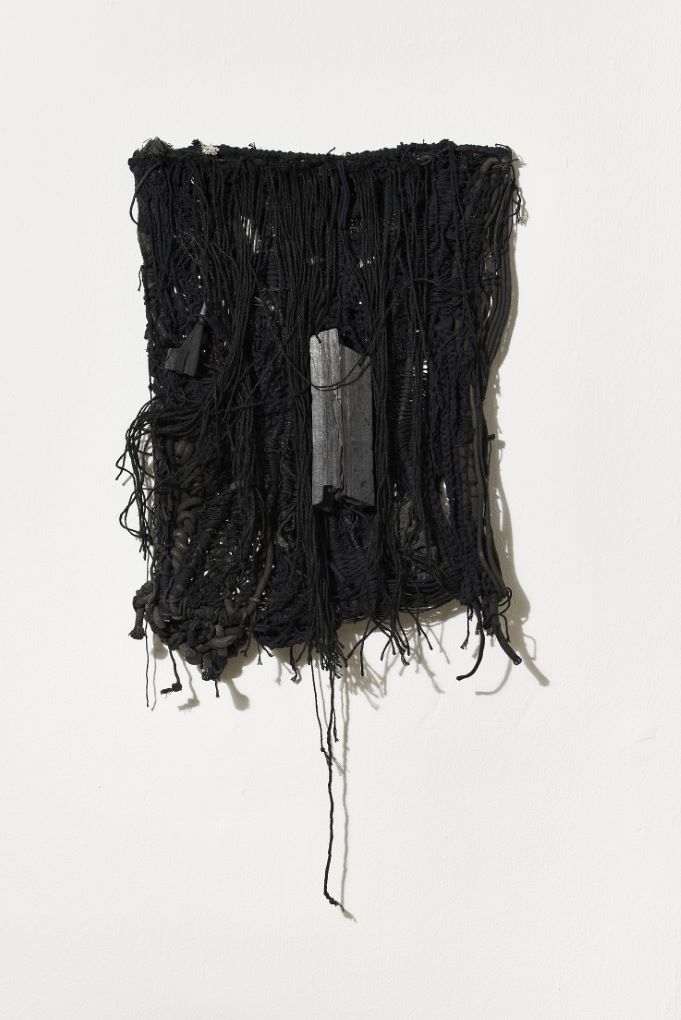 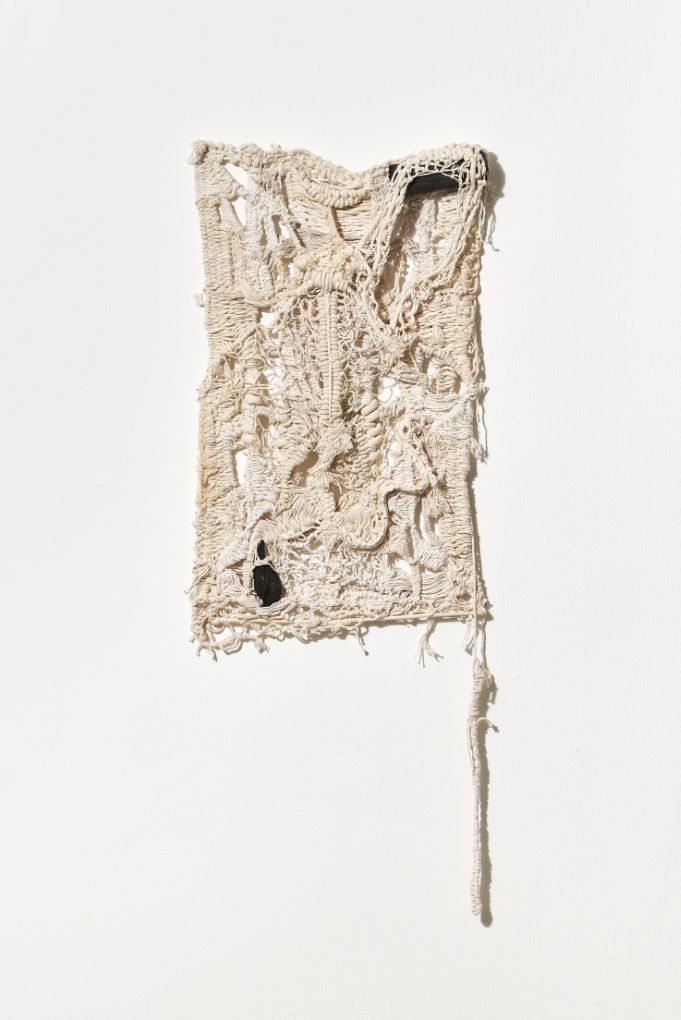 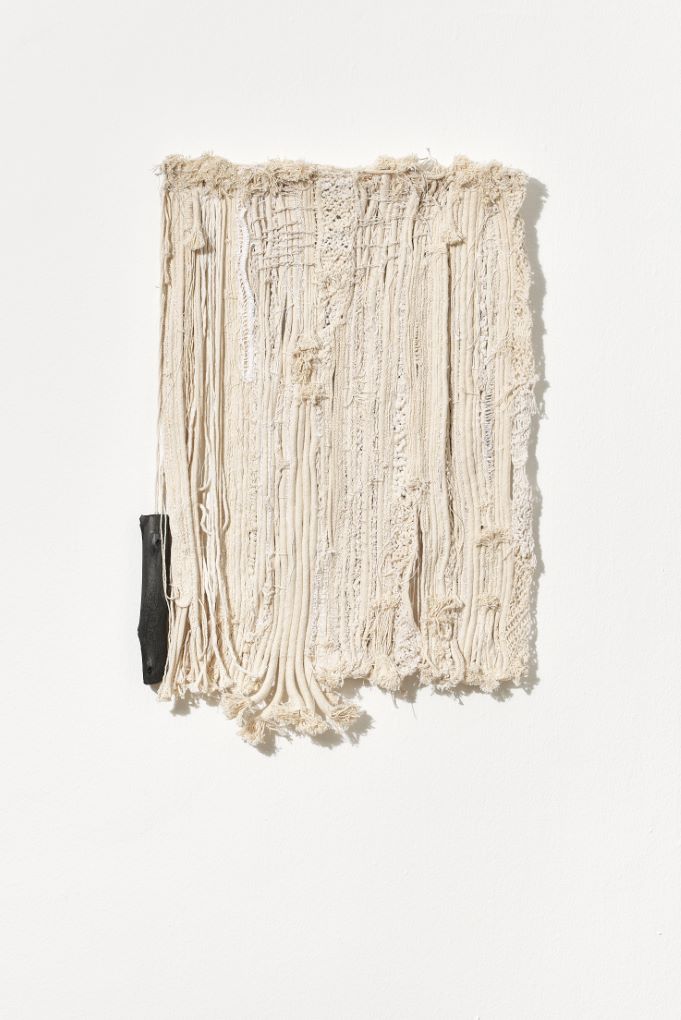 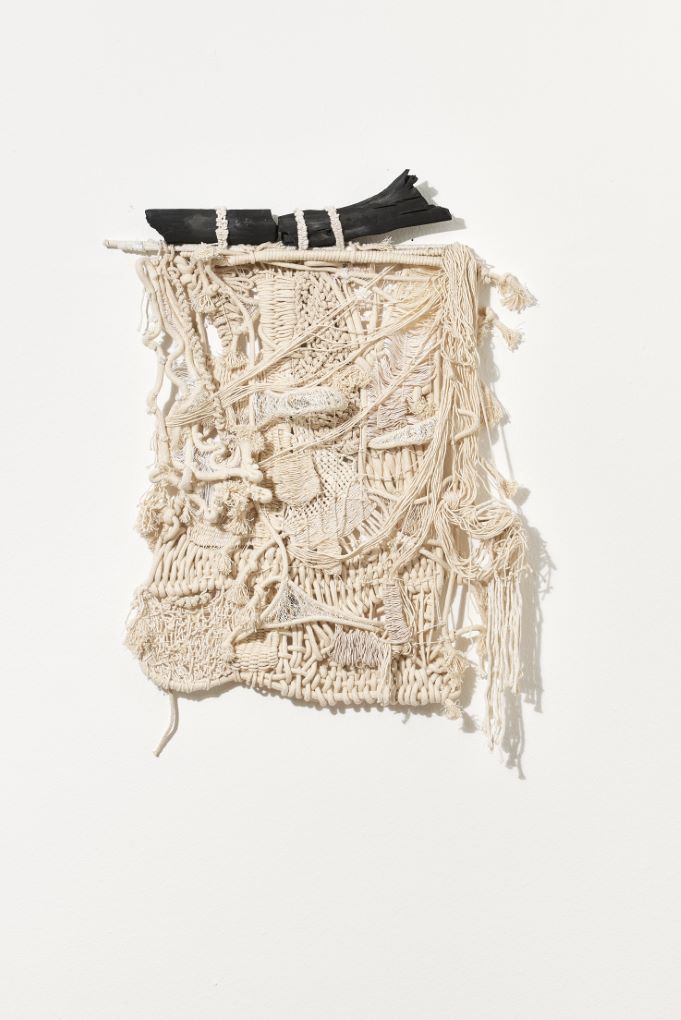 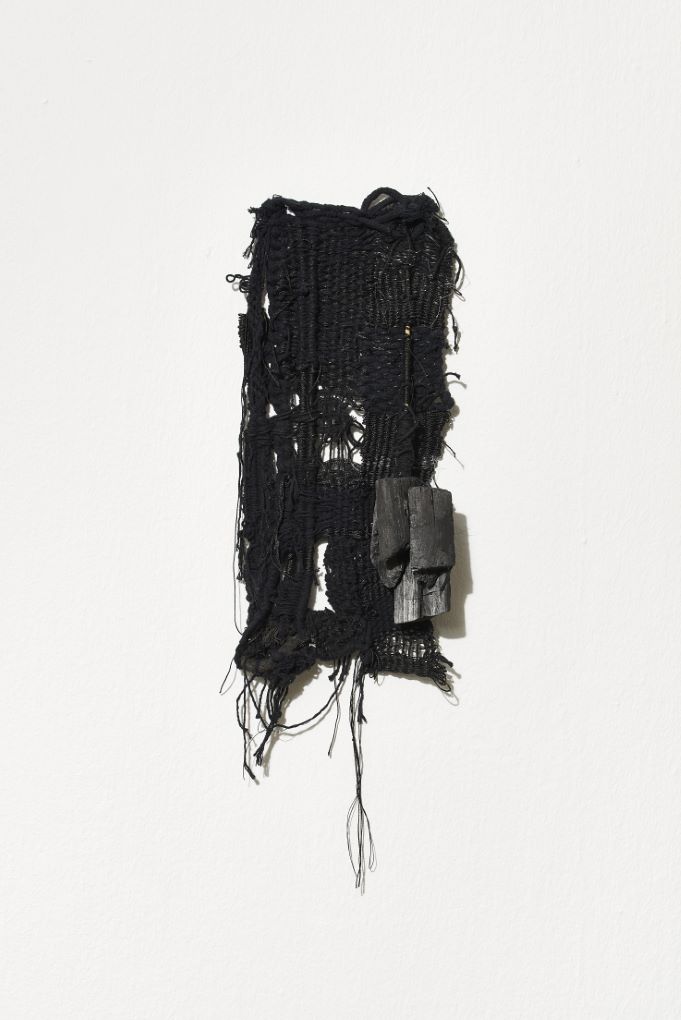 Laura Lima’s Wrong Drawings are a series of works made of natural cotton often with one or more pieces of coal attached to them. Over time, these works are stained by the colour of the coal. The ‘drawings’ are all dated years from now, suggesting a future moment in time when the drawings may have reached completion.

Laura Lima (Governador Valadares, MG, Brazil, 1971) is graduated in Philosophy at the State University of Rio de Janeiro. She also studied at the Visual Art School of Parque Lage. She participated in national and international exhibitions, like the 24ª and 27ª São Paulo biennales (Brazil, 1998 and 2006), 2ndand 3rd Mercosul biennales, Porto Alegre, (1999 and 2001), 11,12,13,14 and 15 Rooms in many cities, including Manchester, Sydney and Shanghai (from 2011 to 2015). She had Solo exhibitions at Casa França Brasil (Rio de Janeiro, Brazil, 2010), To Age, Chapter Art Center (Cardiff, Wales, 2004), Laura Alvim Gallery (Rio de Janeiro, Brazil, 2009), Migros Gegenwartskunst museum, Zurich, Switzerland (2013); Bonniers Konsthall, Stockholm, Sweden (2014), Bonnefantenmuseum, Maastricht, The Netherlands (2014), SMK, National Galley of Denmark, Copenhagen (2015), ICA, Miami, (2016), Fondazione Prada (2018) etc. She won the Marcantonio Vilaça Premium in 2007, and was indicated for the Francophone and Hans Nefken Award in 2011. She was the recipient of the BACA (Bonnefanten Award for Contemporary Art in 2014). Laura is also the co-founder of the  gallery A Gentil Carioca along with the artists Márcio Botner and Ernesto Neto in Rio de Janeiro.