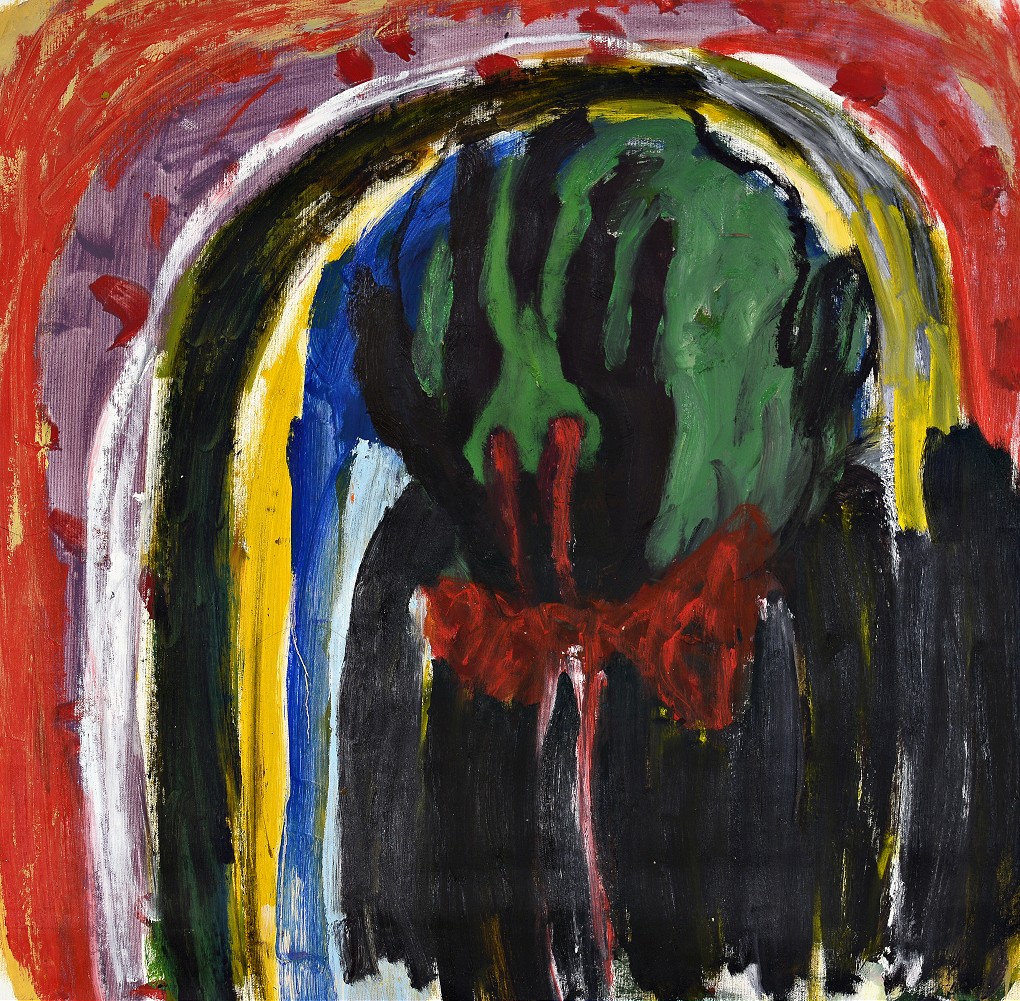 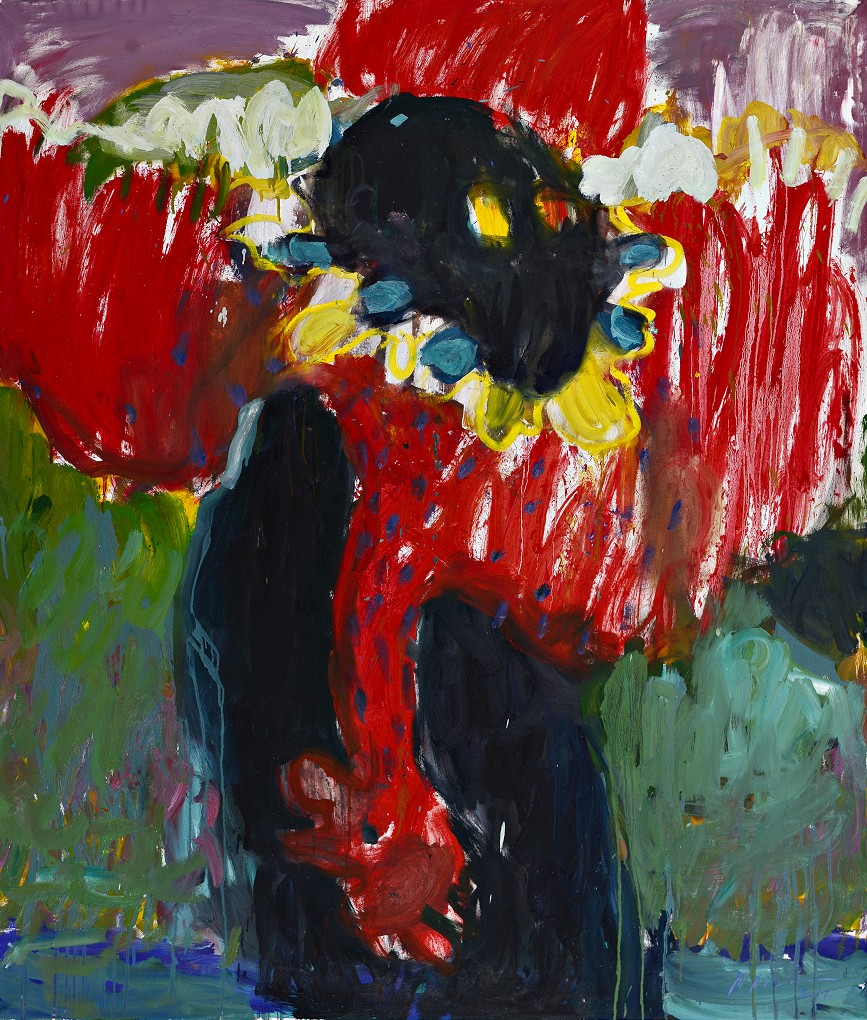 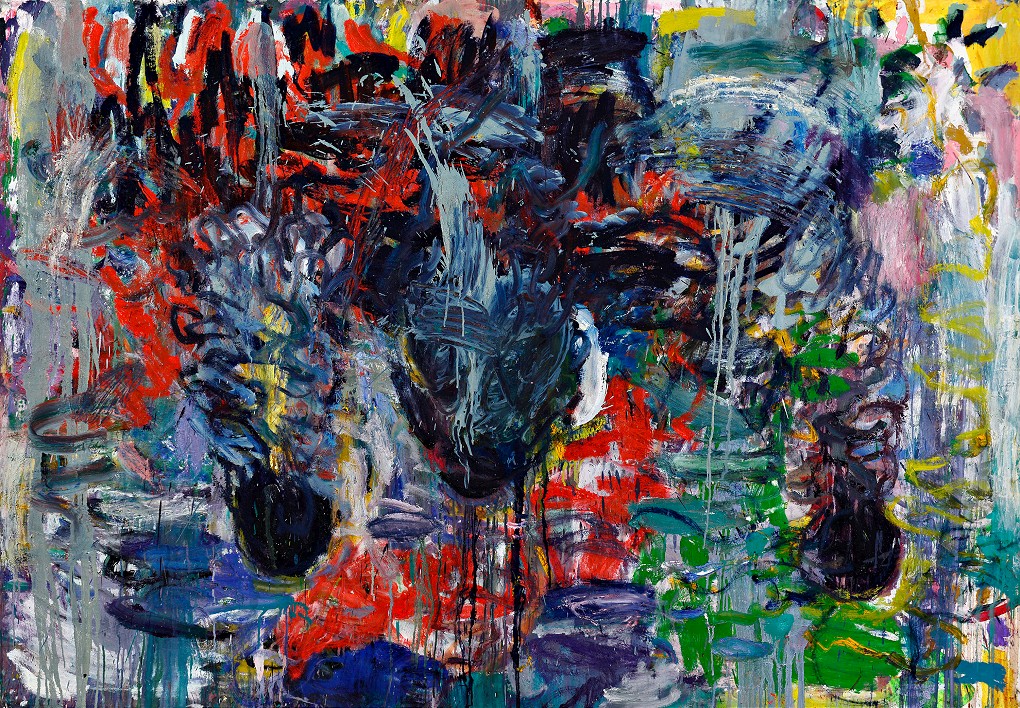 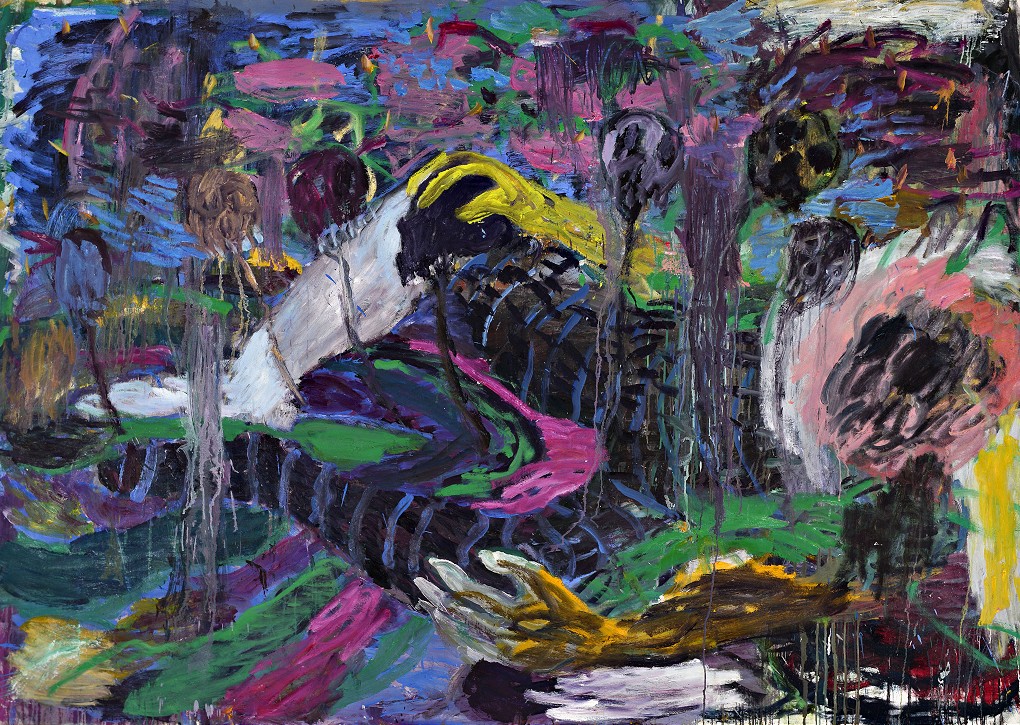 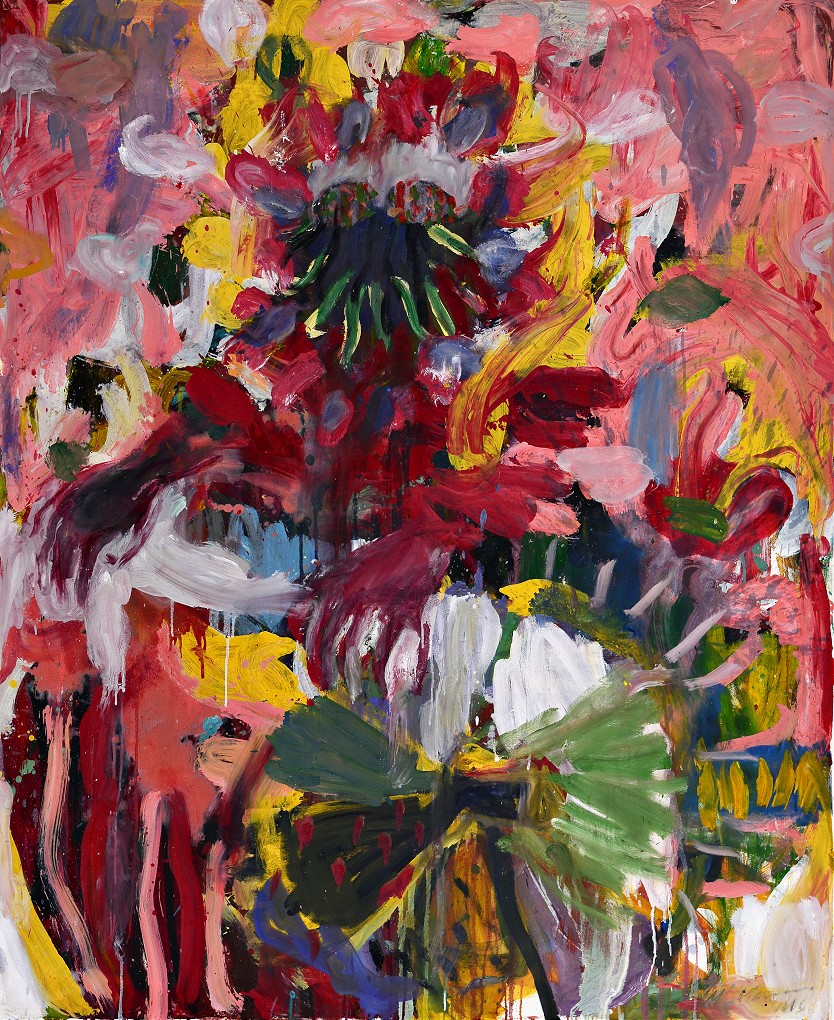 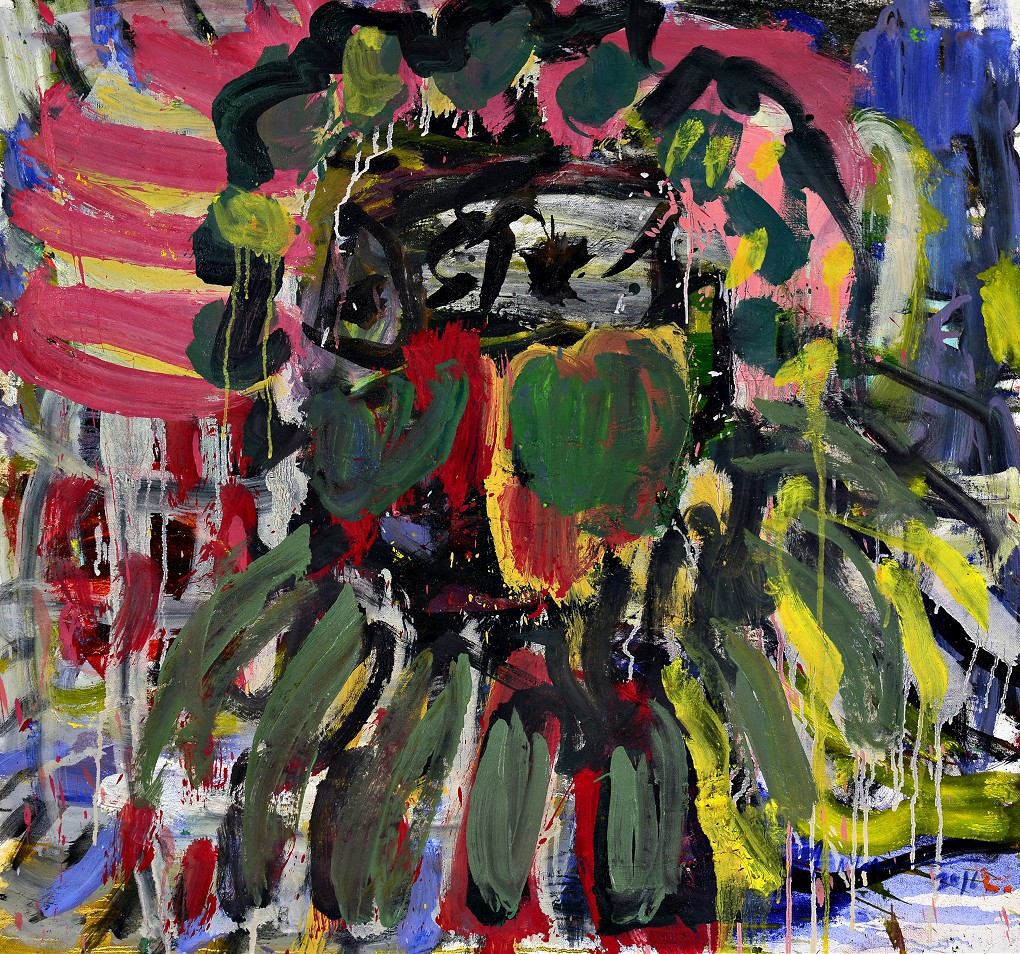 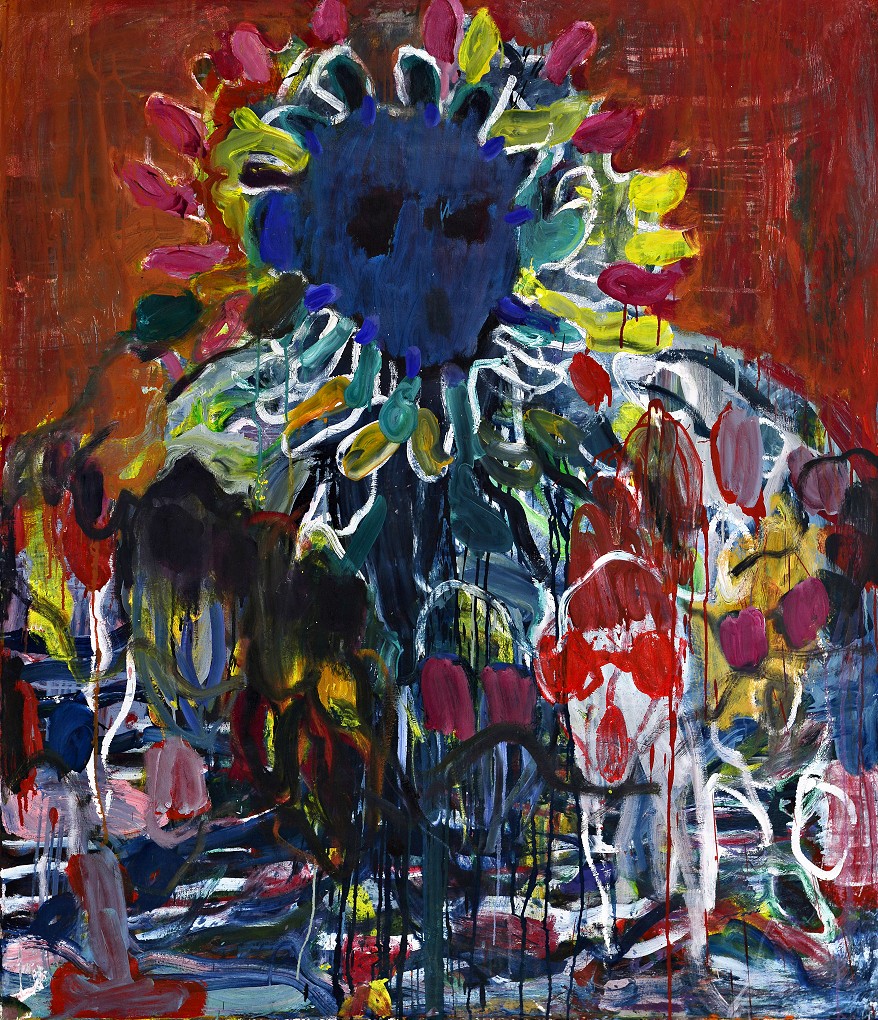 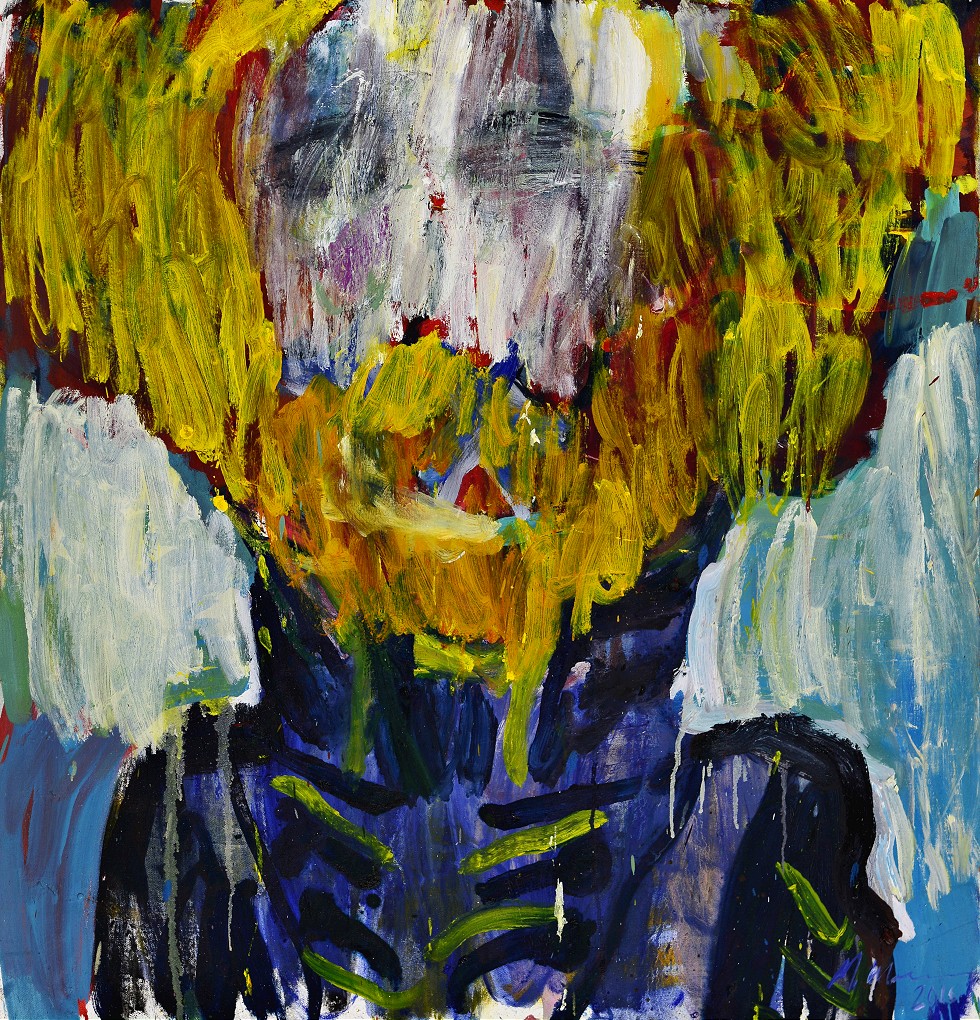 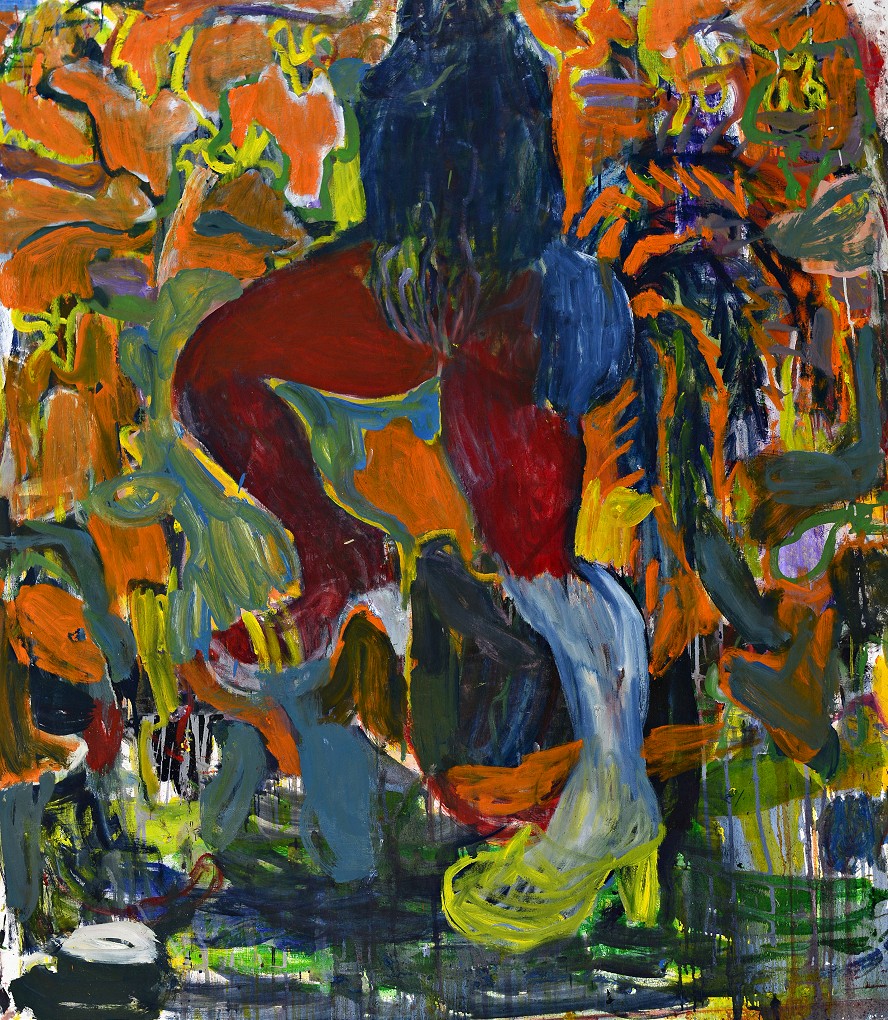 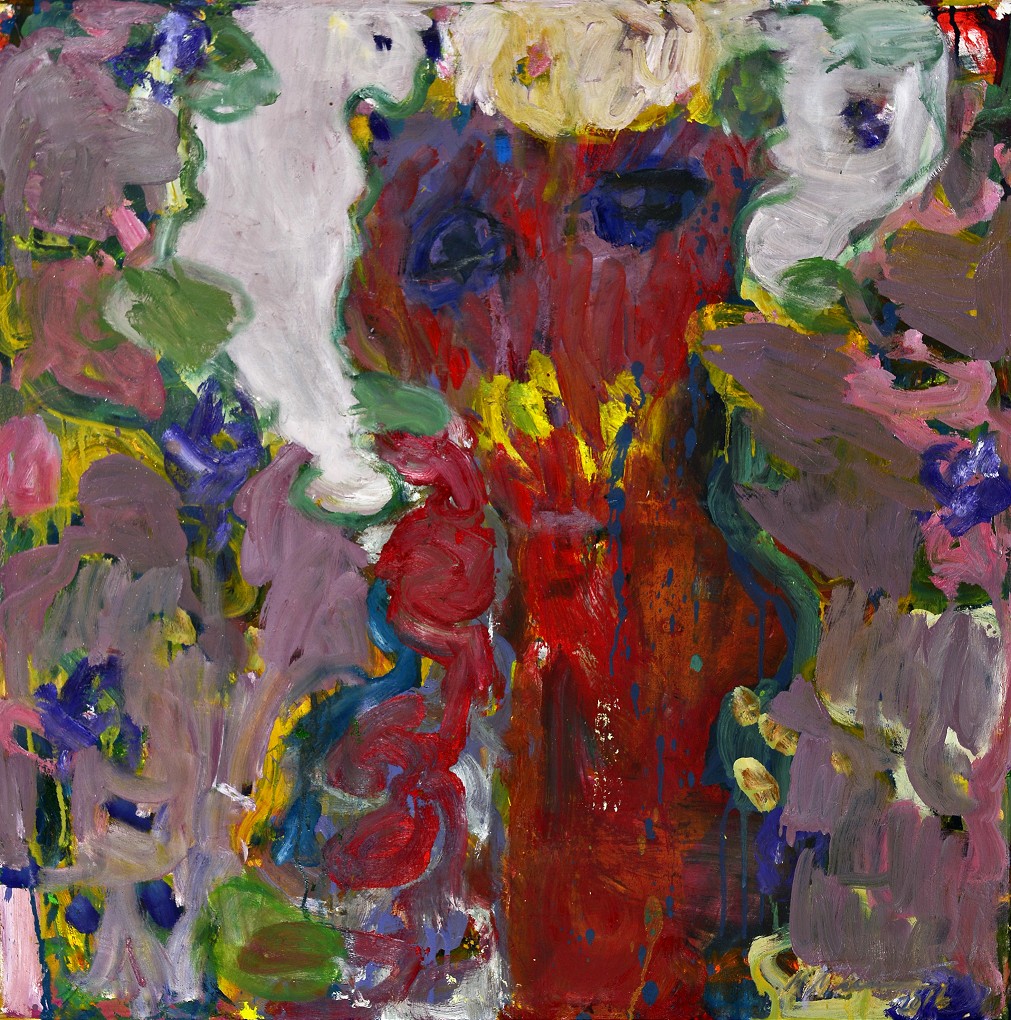 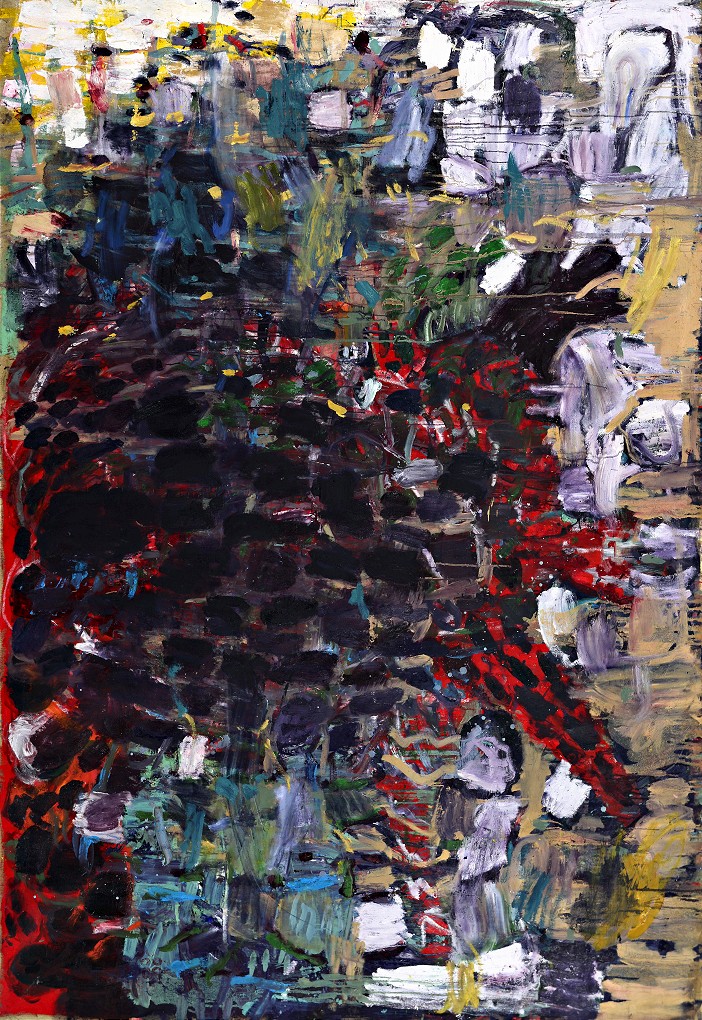 Life of a cock

Misheck Masamvu’s new body of work for his 2016 exhibition Still at Goodman Gallery Johannesburg, allows him to develop and understand his own grammar and the effect his personal circumstances have on the broader position and the formal construction of his paintings. Contradiction and conflict serve as undercurrents in the works; distorted figures transmute out of raging landscapes.

While violent motion is depicted in the brush strokes and paint-work, there is a sense of immovability – as if the figures are trapped within torrents of painted land, caught within their own past and their own circumstance. For Masamvu, taking ownership of the landscape (perhaps, like the political act of taking ownership of the land) is a multidimensional act of personal and group consciousness.

According to the artist, ‘My focus in painting has been to understand my grammar. I believe I have created an alphabet that has helped me paint and speak my truth. I took the initiative to study how the dialogue between my reality and ideas were influencing the painting outcome. I have recollected various motifs from previous work; I have rediscovered the power of non conformity in the approach to what painting ought to be. I am happy to slide into the purity of form, design, and the mystery of black.’

Textually, the exhibition relies on the double meaning of the word ‘Still’, connoting both quietness and repetitiousness. In a poem about the word, Masamvu employs the latter in order to arrive at the former, beginning with the act of weeping and ending with the motionlessness of death.

On the occasion of the group show Working Title at Goodman Gallery Johannesburg in 2012 critic Sean O’Toole wrote of subtextual meanings in Masamvu’s work, that the context is no doubt ‘Zimbabwe’s fraught social and political reality’. But that reality is translated as ‘iconographic and allegorical; it evidences Masamvu’s ongoing interest in the narrative potential of painting, this in spite of his increasingly abstracted painting style.’

About the tussles of form and meaning, Masamvu says, ‘each layer of paint, or brush strokes, on the canvas proposes a search to resolve conflicted experiences or decisions.’

Born in Penhalonga, Zimbabwe in 1980, Masamvu lives and works in Harare. He studied at Atelier Delta, Harare and Kunste Akademie, Munich, Germany. Masamvu has participated in many major exhibitions and events including the 54th Venice biennale, where he represented Zimbabwe, the Sao Tome Biennale and the Dakar Biennale. His work was exhibited on the group exhibition Working Title at Goodman Galley Johannesburg in 2012. 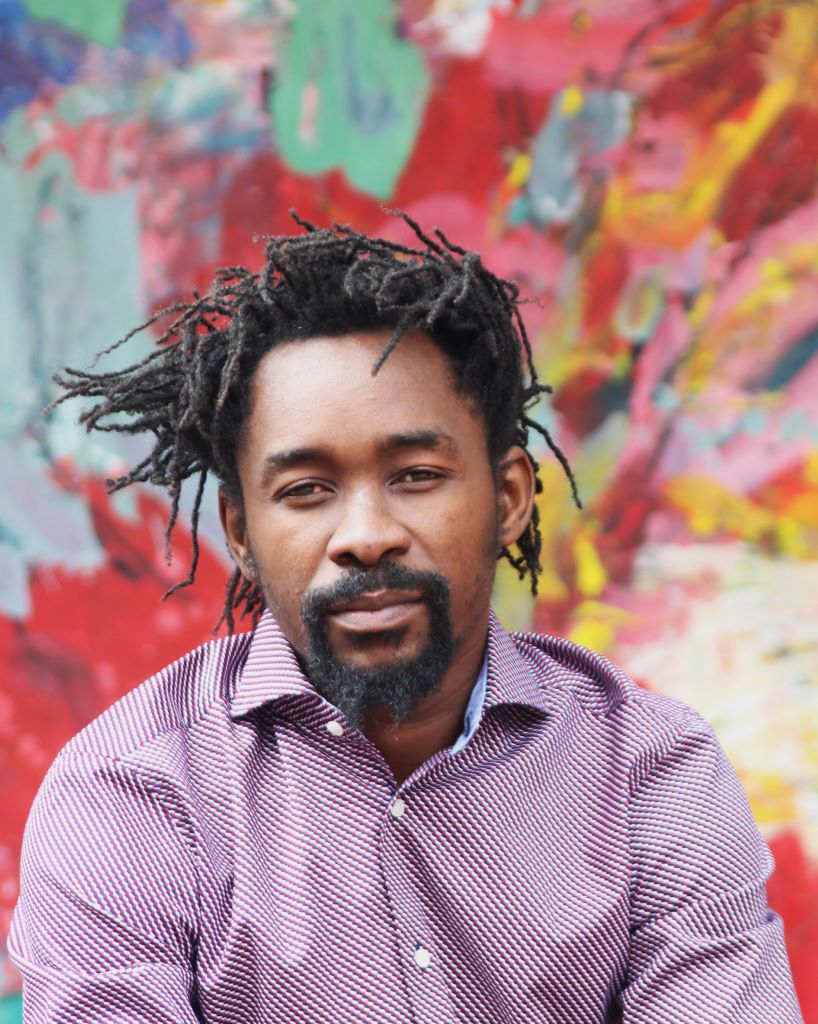 Part of Zimbabwe’s ‘born-free generation’, Misheck Masamvu (b. 1980 in Penhalonga, Zimbabwe) explores and comments on the socio-political setting of post-independence Zimbabwe, and draws attention to the impact of economic policies that sustain political mayhem. Masamvu raises questions and ideas around the state of ‘being’ and the preservation of dignity. His practice encompasses drawing, painting and sculpture.

Misheck Masamvu studied at Atelier Delta and Kunste Akademie in Munich, where he initially specialised in the realist style, and later developed a more avant-garde expressionist mode of representation with dramatic and graphic brushstrokes. His work deliberately uses this expressionist depiction, in conjunction with controversial subject matter, to push his audience to levels of visceral discomfort with the purpose of accurately capturing the plight, political turmoil and concerns of his Zimbabwean subjects and their experiences. His works serve as a reminder that the artist is constantly socially-engaged and is tasked with being a voice to give shape and form to a humane sociological topography. Masamvu will be taking part in the 22nd Biennale of Sydney in 2020.