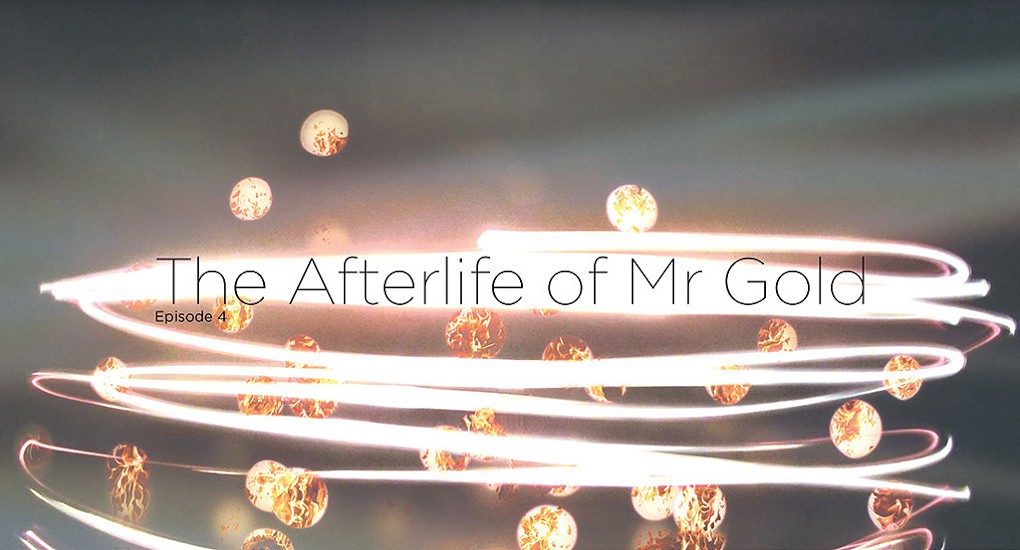 The Goodman Gallery and Keleketla @ King Kong collaborate in the finalisation of the exhibition POST AFRICAN FUTURES, culminating in a live performance, Episode 4 of The Afterlife of Mr Gold.

In Episode 4 (as usual) the performance is hosted by former The Brother Moves On Front Man Mr Gold WaseGoli, recently deceased but now resurrected for one night only. Mr Gold transitions from his cave bringing with him an array of otherworldly comrades transversing time and space.

More on Episode 4 of The Afterlife of Mr. Gold:

The house band is the heroic The Brother Moves On. Other guests for the night include Okmalumkoolkat aka Allblackcat aka SmartMompara aka Future Mfana. Kenyan collective Just a Band bringing with them Nairobidhobi, Lwanda Magere , Ricky Suede and Makmende.

Time travelling sage NairobiDhobi transverse parts of history and different levels of society. He lives in libraries and explores specifically obscure African historical moments in a quest to deeply understand the world, therefore shedding light on his own existence.

Lwanda Magere is the magical archivist concerned with a contemporary revolution based on events which happened in the past, which society forgets too quickly. By exploring and bringing to these moments which history overlooks, Lwanda Magere acts as a catalyst for a potentially different present.

Assisting the mission of these time travelling heroes, is spaced out cowboy Ricky Suede, who after a life threating ahuasca, awoke with the power to move into the fourth dimension. It was in this dimension that he met Nairobidhobi and joined in the struggle to preserve Africa’s past through transforming its future.

The Grandmaster of Kenyan superheroes, Makmende has threatned to highjack the airwaves at 8:47 pm holding the frequency to ransom. Makmende enjoyed a popular resurgence after being featured in JAB’s 2009 music video Ha-He. Makmende’s cinematic origin harks back to a mispronunciation of the phrase “Make my Day” made famous by Clint Eastwood in Dirty Harry.

Okmalumkoolkat aka Allblackcat aka SmartMompara aka Future Mfana exists in a parallel time and space and draws power from the raw mix of postdarkness South African urbanism. Inspired by legendary DJs of another time he aims to work in the-now, but is inspired by the future and the old. “We aim to trigger the new world mindset in those who dare to listen and understand,” says the enigmatic Okmalumkoolkat aka Future Mfana. The night also heralds the arrival of a mythical mystery guest, rising from the waters of Africa and wayfaring into the satellite station at King Kong in Troyeville, Johannesburg.